Breaking
Florida Supreme Court Tells The American Bar Association...
How to Write Perfect Paid Social Media Marketing...
How To Boost Productivity In Your Small IT...
How Restaurants Can Design a More Sustainable Food...
Expenses That Small Business Owners Need to Be...
How You Can Make Saying Goodbye To The...
Biden To Meet Royal Family At Cornwall’s Eden...
It’s Going To Be Emotional — Going International...
Peer Mentoring For Students: STEM & Buds
7 PR Trends in 2021: The Story So...
Google Plans Radical New Google Pixel Smartphone Upgrade
Where Did COVID Come From?
Ride To Growth With A Business Vehicle
C3.ai’s Tom Siebel: How To Scale AI
Moz Acquired by iContact Marketing Corp
10 Examples of Brands Using TikTok Stitch and...
Home Business BTS Has Now Charted As Many Hot 100 Hits As All Other K-Pop Artists Combined
Business 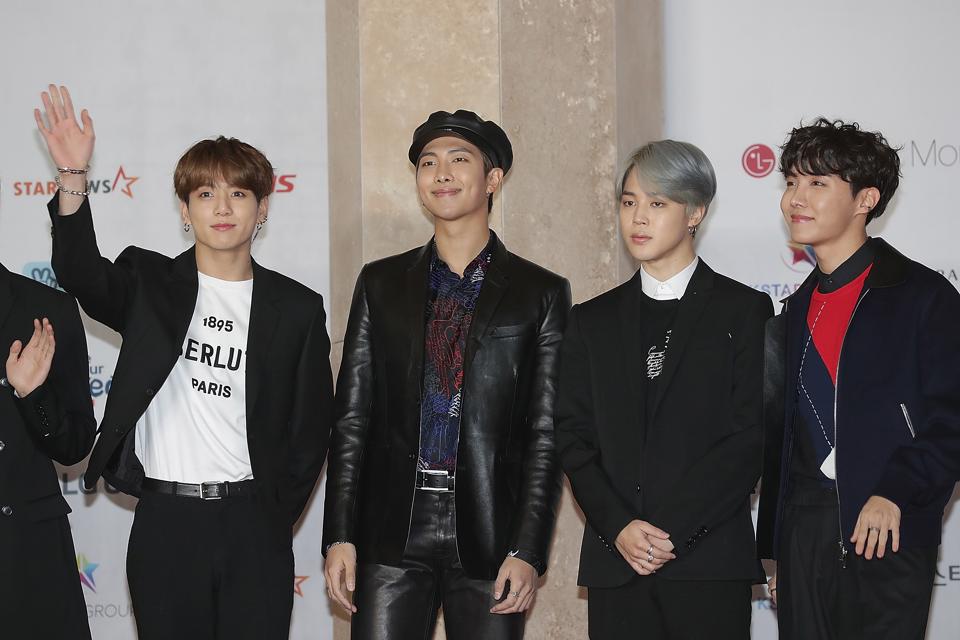 Last week, BTS took over the Billboard 200 with their new album Map of the Soul: 7, which earned the largest debut of 2020. At the same time, three songs from the set—“On,” “My Time” and “Filter”—found their way to the Hot 100, helping the band make history as the Korean act with the most simultaneous placements on the important songs chart.

With three new hits to their name, BTS has now charted as many Hot 100 hits as all other K-pop musicians in the 60-plus years the ranking has existed….combined.

In their time together, BTS has now reached the Hot 100 with 11 tracks, and they stand as the only Korean musicians to rock up double-digit placements on the all-genre chart. They first reached the tally in late 2017 with “DNA,” and since then, they’ve added several new wins per year, with 2020 being the biggest period yet for scoring new hits, and it’s not even halfway through.

Looking at all other musicians who traffic in what could be called K-pop, only six names have reached the Hot 100, and very few have done so with more than one song. In fact, those half-dozen artists have only sent 11 singles to the all-genre ranking, matching BTS’s accomplishment collectively.

Psy leads the way among them all with both the highest-charting track and the most placements. His global phenomenon “Gangnam Style” introduced millions of Americans to Korean music when it lifted as high as No. 2 back in 2012. He was able to add three additional tunes to his career count before his time in the spotlight waned, at least for the time being.

Korean girl group Blackpink has now landed three Hot 100 hits, acting as the lead on two and as a featured guest on one. Soloist CL has earned a pair of appearances on the chart, one on her own and one alongside Psy (so that only counts as one of the 11 non-BTS K-pop songs on the list).

Pinkfong, Wonder Girls and J-Hope (himself a member of BTS, though his cut was released under his own name, making it separate from the group’s discography) have also landed on the Hot 100, but only once.

It will be fun to sit back and wait to see whether BTS collects a twelfth Hot 100 hit first or if another Korean act, or perhaps one of the six lucky others from the country, can snag another win sometime soon.

If You Can’t Work From Home, At Least Your Commute Will Be Shorter Due To Coronavirus