Breaking
‘Remnant: From The Ashes’ Is Cheaper Than Ever...
Making America’s Trumps Pay Their Fair Share
Fortnite Season 4, Week 9 Challenges Revealed And...
Yesterday You Were Just A Business; Today You...
Should Your Company Help Get Out The Vote?...
Hyperautomation And What It Means For Your Business
Parker-Hannifin Crosses Pre-Covid Peak But Investors Set To...
6 Reasons Your Cold Messaging Efforts Fail And...
4 Analytics Categories To Track To Improve Your...
Predictions 2021: Cloud Computing Powers Pandemic Recovery
This Is Why You Need A Strategy In...
Economic Research Exposes Significant Flaws In DOL H-1B...
How Breast Cancer Turned This Entrepreneur Into A...
Bitcoin Price: What Next After Fresh Surge Toward...
Societal Platform Thinking
Trump And Biden Will Debate Suburbs’ Future To...
Home Music BTS, Mariah Carey And Arizona Zervas: 5 Major Moves On This Week’s U.K. Singles Chart
Music 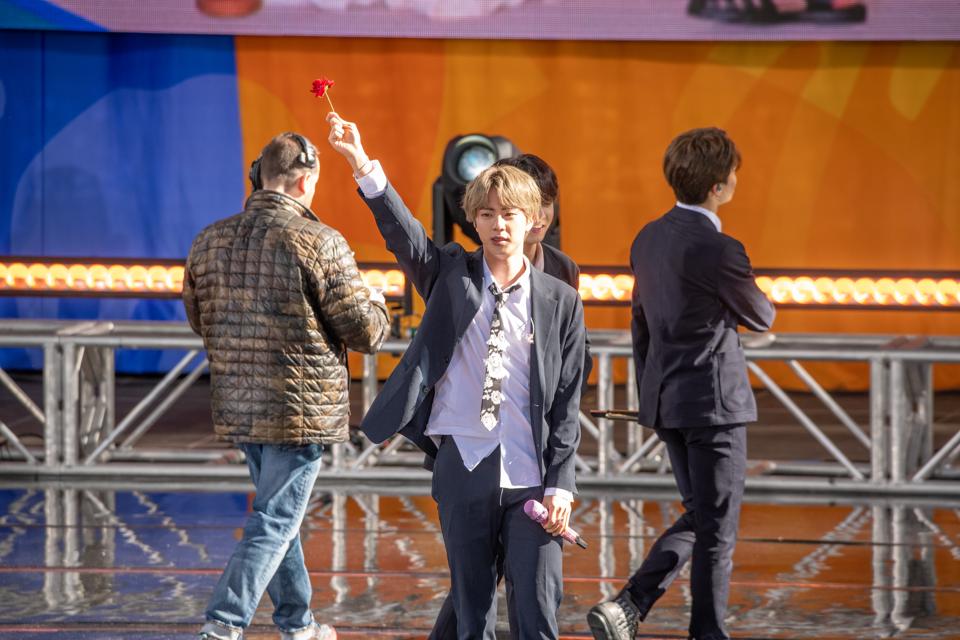 The five tracks that make the most noise on the new singles ranking across the pond represent a healthy mix of what everybody in the U.K. is listening to right now: plenty of hip-hop, some tunes from singer-songwriters, the occasional K-pop smash and, because it’s that time of the year, Christmas jams.

U.K.-based hip-hop musician Fredo narrowly misses scoring his third top 10 hit with his new solo song “Netflix & Chill,” which is about…well…we all know. The rapper’s cut starts at No. 13, making it the musician’s seventh top 40 hit in the country and the second-loftiest debut this time around (behind J Hus’ “Must Be”).

Nobody’s star is rising faster than Arizona Zervas’ is at the moment, and in no time, he’s already landed his first actual hit single in the U.K. Last week, the viral smash “Roxanne” entered the race just outside the top 40, and after one more full week of availability, the track jumps into the important region, settling at No. 24.

Earlier this year, singer-songwriter Tom Walker debuted his first album What a Time to Be Alive at No. 1, quickly proving himself to be a major player in the field. Now, he’s rereleased the set with some new tracks, and one of them has become another hit for the musician. “Better Half of Me” rises to No. 40 this time around, granting Walker his third top 40 success.

It wouldn’t be the holidays without Mariah Carey, and it seems the the time to celebrate has officially kicked off. The legendary singer’s festive favorite “All I Want for Christmas Is You” returns to the U.K.’s songs ranking, placing at No. 77 this week. As the big day approaches, the inescapable track is sure to climb even higher.

“All I Want for Christmas Is You” has now ranked somewhere between Nos. 1 and 100 for 93 nonconsecutive weeks.

After falling to No. 98 last week, it looked like BTS’s “Make It Right” was about to fall off the singles chart in the U.K., but that did not turn out to be the case. In fact, fans of the group purchased and streamed the former album cut in larger numbers than before, and it ascends to No. 90 this time around. The song has now lived on the chart for five frames, making it the septet’s second-longest-charting piece of music. “Make It Right” has now spent half as much time on the songs chart in the U.K. as the band’s longest-running hit, “Boy with Luv.”

Online Dating Trends & The Future Of The Dating Industry