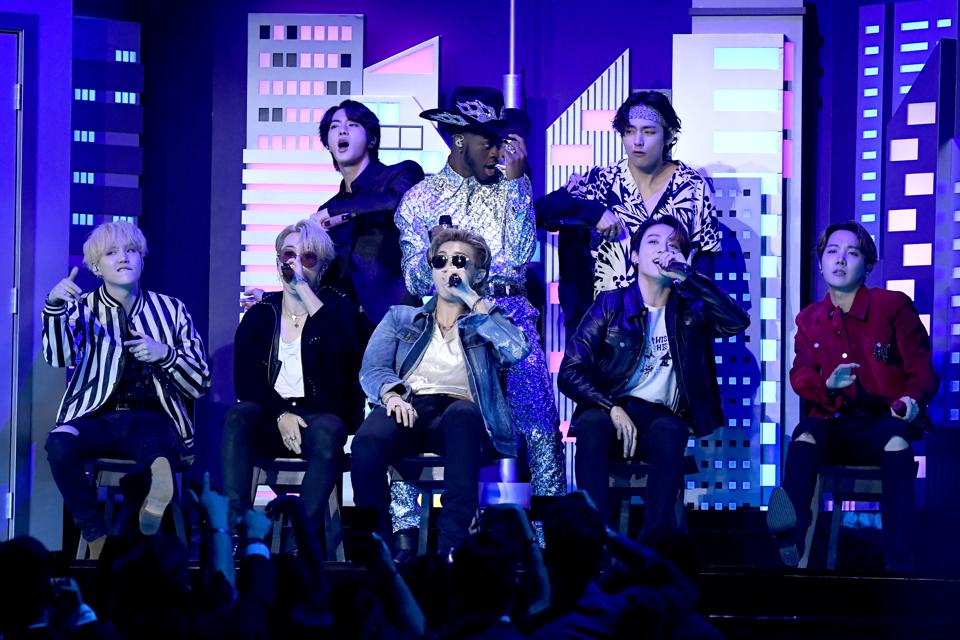 BTS is one of the most prolific bands working in the world right now, as they consistently deliver at least one, but usually more, full-lengths every year. One might imagine that would lead to their fan bases consuming every title voraciously as they’re shared and then quickly moving on to the next, but that has proved not to be the case. In fact, in addition to reaching higher and selling more than any other Korean group before them, they are also now setting longevity records left and right, including this week.

On Billboard’s World Albums chart, the septet’s title Love Yourself: Tear falls from No. 3 to No. 11 in what has turned out to be its eightieth week on the tally. That’s a milestone no other K-pop effort has reached before, and by holding on once more, the set has broken out of a tie with another project from the same act.

Last week, two BTS full-lengths tied for the most weeks spent on the World Albums chart among K-pop artists, as both hit 79 frames on the tally at the same time. Both Love Yourself: Tear and Lover Yourself: Her advanced together, but now the latter has vanished from the ranking, and the former has continued onward.

Since being released in May 2018, BTS’s Love Yourself: Tear has found space on the World Albums chart more often than it hasn’t, an impressive feat for any release, though the fact that fans have continued to purchase the set week after week is even more amazing considering the fact that the group has dropped several new projects since then.

Love Yourself: Tear is one of five BTS titles currently taking up space on the World Albums chart, and it’s the lowest-ranking of the bunch. The other four sets from the band present on the newly-refreshed list include Love Yourself: Answer (No. 1), Map of the Soul: Persona (No. 2), BTS World (No. 8) and You Never Walk Alone (No. 10), which celebrates a full year on the list this frame.

BTS’s longest-charting release may fall off the World Albums chart next week (since it’s only a few spots away from the bottom), but chances are it will return at some point in the future. For the moment, it holds the record as the longest-charting K-pop album in the history of the tally, and it’s only in competition with other BTS sets, so while that honor could conceivably change titles at some point, it would go to another project from the same group.

Transcript of Cultivating Compelling Communications for Your Business

AI Is Growing, But The Robots Are Not...

Forget Samsung’s Galaxy S20, This Is The Smartphone...

If You Can’t Start Your Startup Hire Someone...