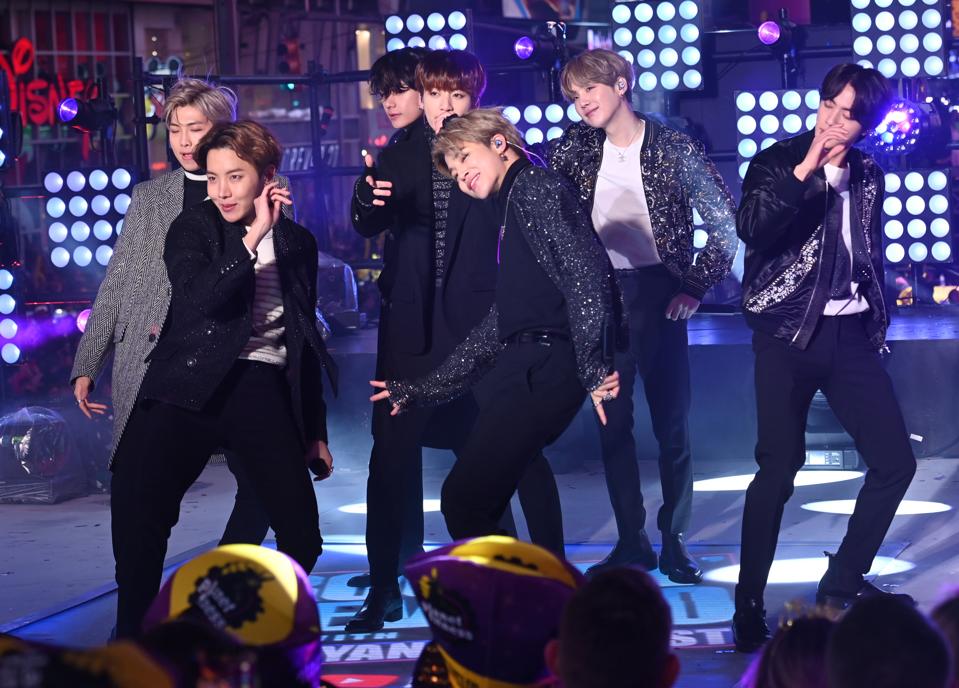 BTS are doing everything big to celebrate the release of their new album, Map of the Soul: 7, next Friday. That includes a special appearance on The Tonight Show Starring Jimmy Fallon on Feb. 24, which will feature an extended interview with the Korean pop septet, a performance of a new song and a tour of New York’s hottest spots alongside the enthusiastic host.

It’s an ambitious episode for an ambitious group, and Fallon is devoting the entire hour to BTS. “We wanted to do something special for BTS and, at the same time, celebrate New York City. BTS really knocked it out of the park,” the host said in a statement. “You’re not going to believe how big and fun their performance is. They took over Grand Central Terminal. It’s BTS on NBC from NYC at GCT… wait, this is getting weird, isn’t it?”

Always one for audience participation, Fallon gave BTS fans a chance to get in on the fun. On Feb. 6, he asked fans to submit questions via Twitter for a chance to have them featured on the show, using the hashtag #FallonAsksBTS. As with many things BTS, it became the highest-trending hashtag in the world.

BTS first appeared on The Tonight Show in 2018 for an interview and performances of “I’m Fine” and “Idol,” off Love Yourself: Answer, which became their second consecutive No. 1 album in the United States. The group has since topped the Billboard 200 a third time with 2019’s Map of the Soul: Persona. With a reported 4 million global preorders, Map of the Soul: 7 seems poised to continue that streak when it arrives on Feb. 21.

‘Onward’ Tracking For A Low (For Pixar) $45M Opening Weekend

UPDATED: All You Wanted To Know About The...

The Arc Of Energy History Is Long But...