Home Business BTS’s ‘Map Of The Soul: 7’ Is Tied As The Fifth-Longest-Charting Korean Album In U.S. History
Business

BTS’s ‘Map Of The Soul: 7’ Is Tied As The Fifth-Longest-Charting Korean Album In U.S. History 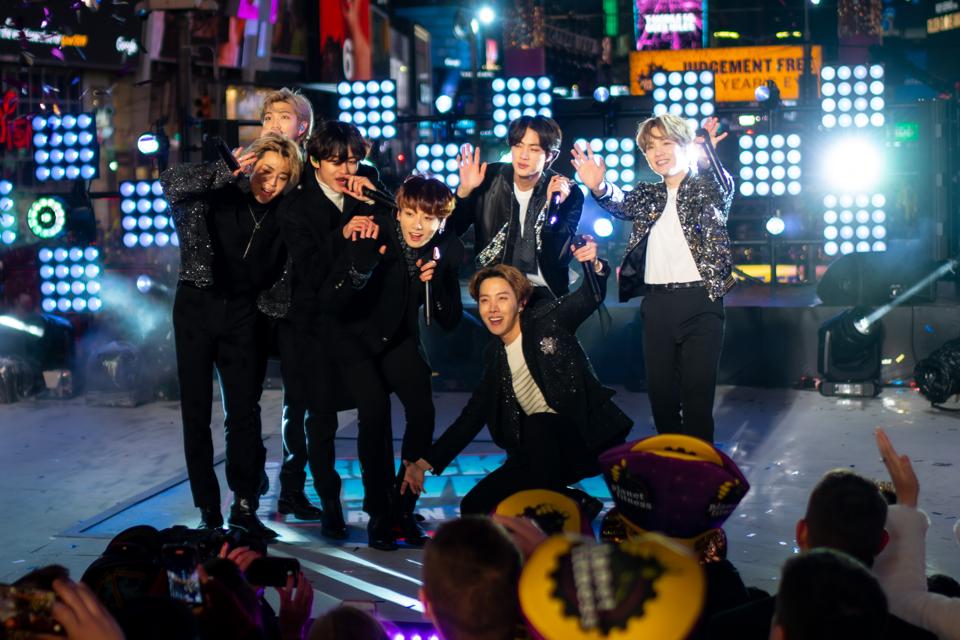 On the current Billboard 200, BTS’s most recent release Map of the Soul: 7 falls five spaces from No. 45 to No. 50, earning yet another stay inside the uppermost quarter of the important albums chart. The former No. 1 has now been going strong for 13 consecutive frames, and while that number may pale in comparison to quite a few other titles on the tally (many have been going strong for hundreds of frames), it’s historic for the septet.

With 13 turns on the Billboard 200 to its credit, Map of the Soul: 7 ties with one other title as the fifth-longest-running Korean album in the history of the chart. At the moment, BTS’s latest is on the same level as Pinkfong’s Pinkfong Presents: The Best of Baby Shark, which was kept afloat for months almost solely by the success of the viral smash “Baby Shark.”

Only four albums performed primarily in Korean have held on for longer on the Billboard 200, and, unsurprisingly to those who are aware of BTS and how successful they are, all those titles that have lasted longer are by the same group.

Leading the way on the list of Korean albums which have spent the most time on the Billboard 200 is BTS’s Love Yourself: Answer, which has racked up an incredible 73 spins on the ranking and which is somehow still present. This time around, the project is down at No. 174, and it will likely continue to add to its total in the coming weeks and months, as fans of the group can’t stop streaming the set and buying new copies.

In a distant second place when it comes to the longest-charting Korean albums in Billboard 200 history comes the septet’s Love Yourself: Her, which has now earned 44 stays on the list. BTS’s 2019 win Map of the Soul: Persona lived on the tally for 35 turns before disappearing, and their older effort Love Yourself: Tear isn’t far ahead of Pinkfong Presents: The Best of Baby Shark and Map of the Soul: 7, as it stopped at 15 weeks on the chart.

When the Billboard 200 refreshes in a short time, Map of the Soul: 7 will pass Pinkfong Presents: The Best of Baby Shark, pushing the latter title out of the top five on the ranking of the longest-charting Korean albums and keeping its hold on the fifth place spot all to itself. At the very slow rate it’s descending, BTS’s sole 2020 album (at least so far) will soon catch up to Love Yourself: Tear, and almost certainly pass it as well.

Apple Warns Looters With Stolen iPhones: You Are Being Tracked

Working From Home During A Crisis

A Look At The NHL’s History With Health...

What’s Behind The Sharp Rise In New York...