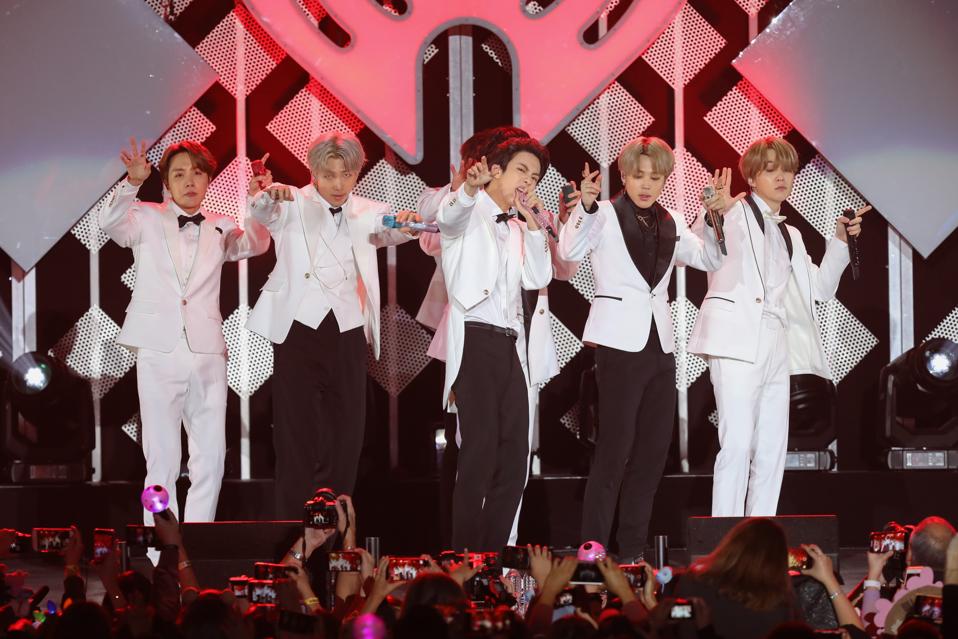 BTS’s Map of the Soul: 7 is one of the biggest international success stories of the year, shattering preorder and first-week sales records around the world. The pop superstars just added one more entry to the record book, as Map of the Soul: 7 has eclipsed 4 million sales in their native South Korea, making history on the Gaon Music Chart in the process.

The Gaon Music Chart measures the popularity of songs and albums in South Korea every week. The Korea Music Content Industry Association launched the chart in 2010 as an analog to the Billboard charts and Japan’s Oricon charts. In 2018, Gaon introduced certifications for albums, downloads and streams. Albums that sell 250,000 copies are eligible for a platinum certification, while albums that ship 1 million copies are eligible for a “million” certification.

The smashing success of Map of the Soul: 7 is no surprise given its pre-release performance. The album sold a reported 4.02 million global preorders, making it the fastest-selling album of 2020. Once the album hit shelves, it instantly became the bestselling global album of the year. In South Korea, Map of the Soul: 7 sold 2.183 million copies in its first two hours, making it the fastest-selling album in the South Korean Hanteo chart’s history. BTS’s latest album also debuted at No. 1 on the Billboard 200 with a career-high 422,000 equivalent units, giving them their fourth consecutive chart-topper in the United States.

With the updated chart certifications, BTS also becomes the only artist to surpass 20 million cumulative album sales on the Gaon Music Chart, according to a Naver News article shared by the group’s management company, Big Hit Entertainment. The band reached the milestone less than seven years after the release of its debut album, 2 Cool 4 Skool, which hit shelves on June 12, 2013.

Notably, BTS didn’t cross the 10-million milestone until November 2018, which means they sold an additional 10 million South Korean albums in a little over a year. Given the stratospheric global success of Map of the Soul: 7, BTS’s album sales will likely continue to grow exponentially with future releases.

How to Communicate Your Brand Story with Simple...

Is It Safe Yet To Believe In San...