BTS’s ‘Map Of The Soul: Persona’ Sold Four Times As Many Copies As The Next-Biggest Album In South Korea Last Year 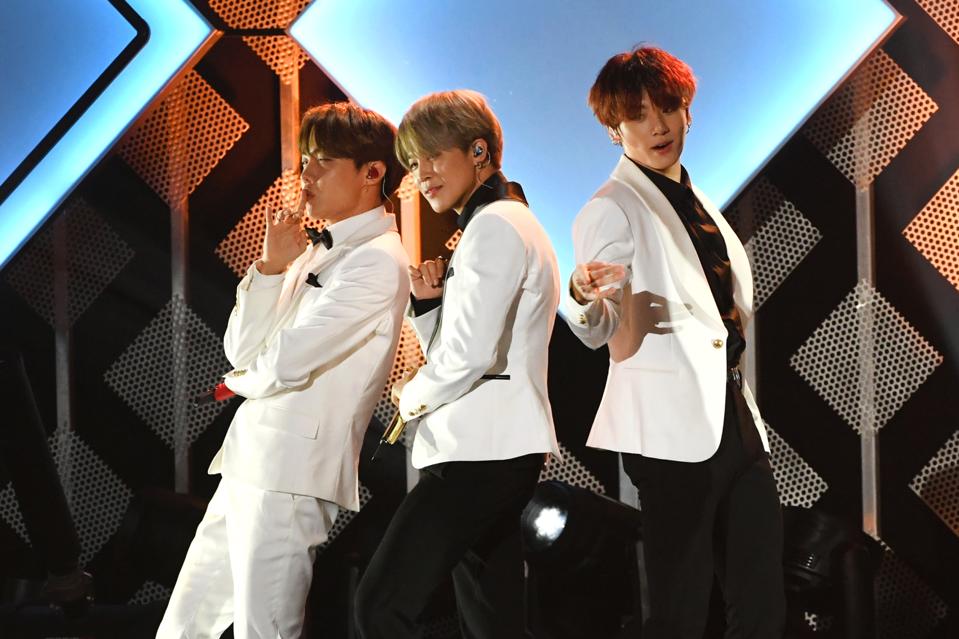 INGLEWOOD, CALIFORNIA – DECEMBER 06: (EDITORIAL USE ONLY. NO COMMERCIAL USE.) (L-R) J-Hope, Jimin, … [+] and Jungkook of BTS perform onstage during 102.7 KIIS FM’s Jingle Ball 2019 Presented by Capital One at the Forum on December 6, 2019 in Los Angeles, California. (Photo by Kevin Winter/Getty Images for iHeartMedia)

For most artists, landing one of the biggest albums of the year in their home country would be a major accomplishment, perhaps the greatest of their careers. A lucky few will know what it feels like to see one of their collections be named the bestselling album of a year in any territory. BTS is so massively popular, they have to set their sights higher, and they are able to manage even more impressive feats than the biggest acts in their field.

The seven-member band charted the No. 1 bestselling album in their home nation of South Korea in 2019, as their recent release Map of the Soul: Persona moved an eye-popping sum throughout the calendar year. The title sold 3.69 million copies, which is enough for it to swipe the title of the bestselling effort of 2019…and of all time, but that’s not the end of the story.

Map of the Soul: Persona sold so many copies, the next-highest competitor wasn’t even close. Fellow all-male vocal group Seventeen ended up in second place with their album An Ode, which was still a massive success…but it can’t compare to BTS’s biggest win.

An Ode sold 849,282 copies in South Korea in 2019, which pales in comparison to BTS’s figures. In fact, Map of the Soul: Persona sold more than four times as many units as Seventeen’s album, and it had room to spare.

Both efforts were successes in South Korea, but BTS’s Map of the Soul: Persona was also a chart-topper all around the world, whereas Seventeen’s new album wasn’t greeted by the same global fanfare. BTS’s album made it to No. 1 in the U.S., U.K., Australia and Canada, territories where Korean-language titles don’t typically perform very well. The septet bucked that trend and proved they are true global stars once again with their power seller, and all the while they were still able to make history back home.

Anyone Still Think Liverpool Overpaid For Van Dijk And Alisson?

Bahamasair 737-500s Prohibited From US Airspace After Missing...