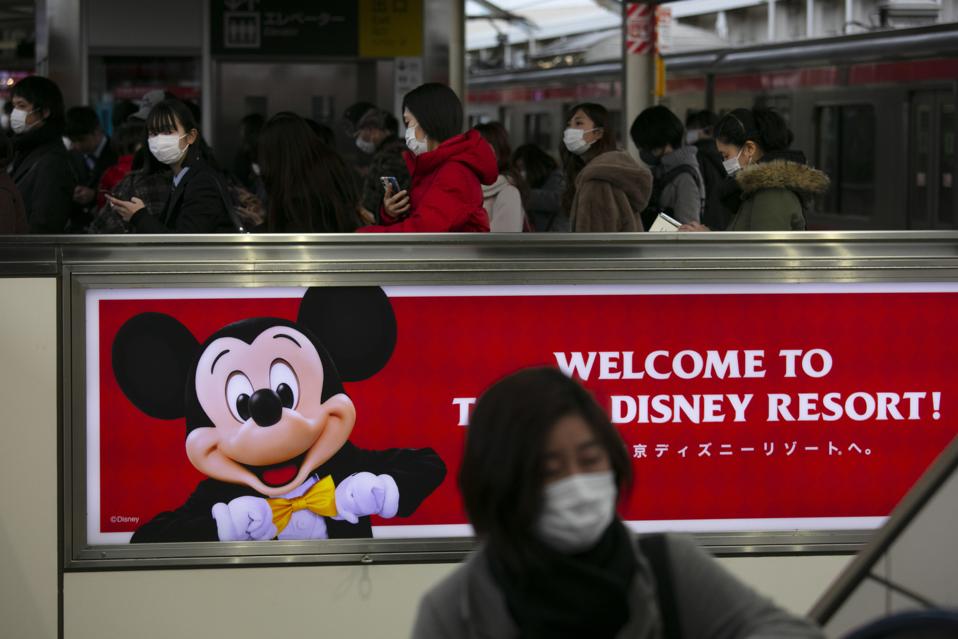 People with masks stand on a platform at a train station at Tokyo Disney Resort on Friday, February. … [+] 28, 2020. Disney said it will close the park until March 15 to avoid the potential for superspreaders. (AP Photo/Jae C. Hong)

Mayor Pete Buttigieg says a wall won’t stop the coronavirus from coming into the United States. Well, there’s no doubt about that. But a virtual wall will do just fine.

Four out of five Americans surveyed by global market research firm Ipsos said they think governments should quarantine entire cities if there is an outbreak of the new coronavirus known as Covid-19.

That means roughly 80% of the 1,005 U.S. adults surveyed by Ipsos on February 26 -27 said they were fine with the federal government placing a quarantine on cities or towns – including large cities like New York, Chicago, or San Francisco – if there is an outbreak of coronavirus there.

As of Friday, there were an estimated 60 confirmed cases of Covid-19 in the United States, with the majority of them spread throughout California. They are quarantined and on Do Not Fly lists maintained by the Federal government.

The two cases in Chicago have since recovered. There are no confirmed cases in New York City at this time.

Two in five Americans surveyed said that their concern over the outbreak has grown in the past week (42%), and about half of Americans (50%) believe it is likely that the coronavirus will become a full-blown crisis in the United States.

The direct risk to the domestic economy is the degree to which American consumers alter their own behavior. If consumers stop going out to dinner, taking vacations, traveling for business and so forth, the impact on the U.S. economy will be meaningful.

Concern over the outbreak rose drastically on Wall Street this week.

Markets crashed again on Friday, with the S&P 500 the hardest hit out of many of the top countries infected. The index fell 8.7%, while MSCI South Korea was down just 0.8%, MSCI Italy settled 3% lower, MSCI Germany was off 6.2% and the MSCI China is just above water at 0.1% thanks to Beijing’s rapid stimulus response mechanisms.

“In the U.S., the conversation about helping an economy that might be infected by the coronavirus has been all monetary policy because that’s been the play book for the last 10 years,” says Emily Weis, macro strategist at State Street in Boston.

Fiscal policy is the real “holy grail,” she says. That would be targeted financial relief, such as temporary loan forbearance for companies hit hardest by the virus, or temporary corporate tax exemptions in order to avoid layoffs.

“China can do this fairly easily and it can be quickly implemented,” says Weis. “In the U.S., you have to go through congress and that will be a little tougher,” she says, “little tougher” being the understatement of the entire interview.

Meanwhile, Fed chairman Jerome Powell said on Friday afternoon that the Covid-19 virus is presenting an evolving risk. Markets took that to mean the Fed is on stand-by to cut rates on March 18. After-market hours had the S&P 500 rising, though it is still very much “anything goes”. 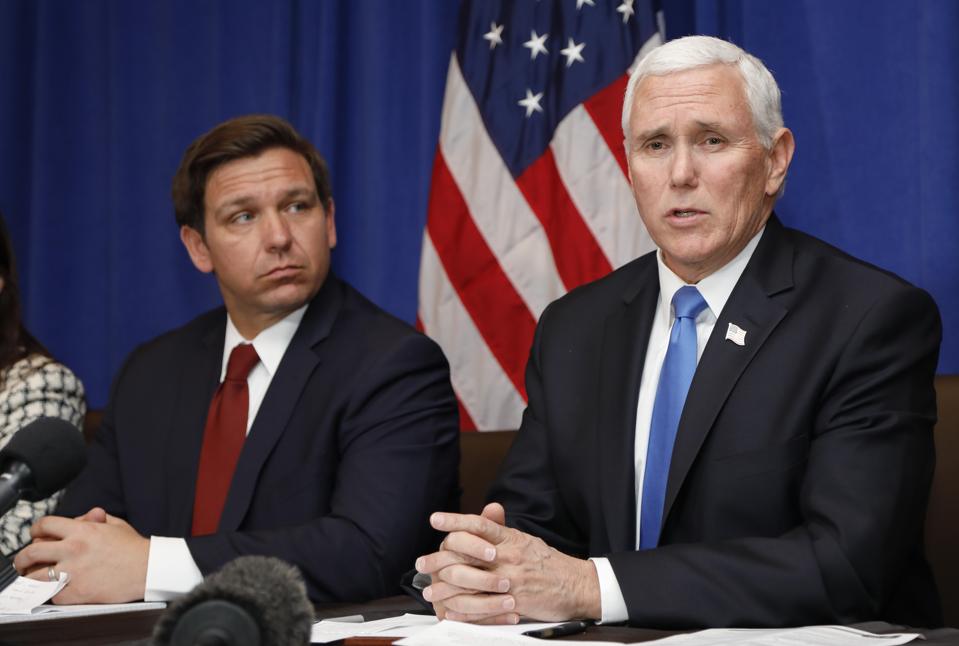 Investors can wake up Sunday morning to news of hundreds of fresh cases in Beijing and Shanghai as Chinese people return to work. Germany, having failed to restrict flights to China, South Korea and Italy, could double its caseload over the weekend. They had 48 as of Friday. By Saturday, Germany was replaced as the second highest number of cases in the EU by France. They now have a reported 57 cases.

Like Main Street, Wall Street has no further insight into the disease beyond what the Center for Disease Control, the Chinese public health officials and the World Health Organization (WHO) are saying.

WHO increased their global risk assessment on Friday to “very high”.

The global effort to control the outbreak is following the same paths as previous public health emergencies. First, scientists look to understand how the virus passes from one person to another, determining how long an infected person remains contagious while public health officials take that information to control the size of the susceptible population.

Like other coronaviruses, and even the flu, the method of transmission is through the air. The second variable – duration of infectious period – also seems clear at about 14 days, although the fact that victims may be contagious without being symptomatic complicates the ability to identify carriers of the virus.

The final variable depends on a combination of vaccination and quarantine. Because there is no vaccine, quarantine is the only option to prevent the virus from spreading like wildfire.

As of February 27, analysts are still expecting corporate earnings growth of a modest 2% in the first quarter of 2020, writes Scott Clemons and Suzanne Brenner in a note from Brown Brothers Harriman on Friday. Expectations for earnings will come down once the true extent of supply chain disruption becomes clearer, they wrote.

Everyone will feel relief once the number of new cases is surpassed by the number of recoveries worldwide, especially in China where well over 90% of the infections and deaths are occurring, nearly all in Hubei province.

Recovery rates have bee surpassing that of new infections since February 19. If the trend continues, … [+] China’s recovery rate should soon surpass 50% of its total number of cases within the next week.

This week, an interesting look at workplace fears over anything Chinese showed that Americans aren’t exactly the racists many politicians tell them they are.

A San Francisco-based anonymous professional network called Blind put out a survey between February 1 and February 25 to its roughly three million users asking the question: “Have you witnessed any backlash towards employees of Chinese descent at your company after the coronavirus outbreak?”

Perhaps the most interesting was the breakdown of responses to this question: “Do you think the Chinese government is handling the coronavirus outbreak effectively?”

The Chinese citizens saw it otherwise. For the 602 Chinese citizens who responded to the Blind survey, 60.3% thought their government back home was doing a good job tackling its worse outbreak since the 8-months long SARS epidemic in 2002-03.

Should China’s major cities, namely Beijing and Shanghai, not see an algae bloom increase in the number of new patients with Covid-19 in the weeks ahead, then president Xi Jinping can probably take a victory lap. Many in the market will cheer him on.