Breaking
Looking To Improve Efficiency In Your Business? Here’s...
AI and machine learning for business
How Social Media Changed the World
Shopify: The Pros and Cons
Should your business go green?
Expanding Your Business Into Spain: What You Need...
Essentials For Your Office Coming Out Of COVID-19
What Can Marketers Learn From Digital Cults?
Why NASA’s James Webb Space Telescope Will Never...
Increasing HR Effectivity and Efficiency through Software Solutions
The Difference Between Building A Startup In Bull...
Fluor Corp Ranked Among Today’s Top Shorts
Common Pitfalls to Look Out for When Buying...
Will the Olympics go ahead this year?
Pack Up the Big Top: Insights from MozCon...
Best WordPress Themes for Blogs
Home Technology #BumpDay Highlights Coronavirus And Racial Disparities In Pregnancy
Technology 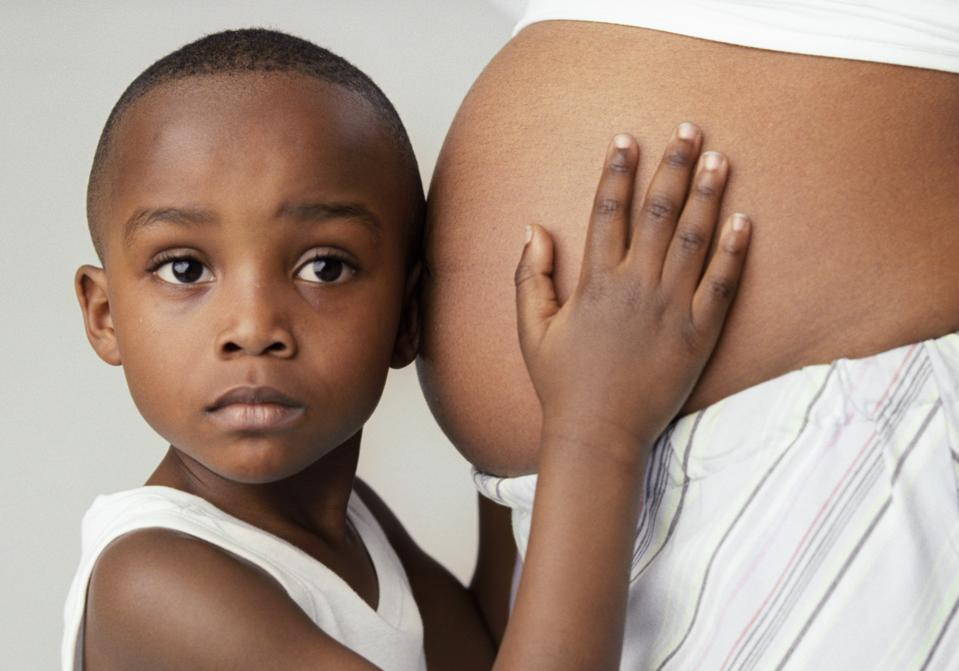 Today is #BumpDay, a social media advocacy campaign started in 2015 by What to Expect, the What to Expect Project and International Medical Corps, a humanitarian aid organization, to build awareness of the need for better, more accessible maternal healthcare in the U.S and globally.

While the US leaders boast of American exceptionalism, the Covid-19 response has been dismal, with the US now showing a higher rate of infections and deaths than many other countries. No where are our failures more apparent than in the racial disparities in pregnancy care and outcomes.

The death rate for pregnant women in the US has actually been increasing, from 7.2 per 100,000 live births in 1987, to 17.4 in 2018. This is higher than that for any other developed country. Deaths for Blacks, American Indian and Alaskan Native women are three times higher than for white women.

Access to care is not just a big city problem, nor does it just affect African-Americans. American Indian, and Alaska Native women are also at increased risk of death from pregnancy or childbirth.

In the past decade, almost 100 rural hospitals have closed, disproportionately in the South, and another 20 percent are at risk of closing. Less than half of all rural counties even have an Ob-Gyn physician. Counties with a higher percentage of Black women, lower median household incomes and “in states with more restrictive Medicaid income eligibility thresholds for pregnant women had higher odds of lacking hospital obstetric services.” In these areas, “fewer than 50% of rural women have access to perinatal services within a 30-minute drive of their homes, and more than 10% of rural women drive 100 miles or more for such services.” No wonder the maternal and infant mortality is high.

More rural hospitals have closed or have staffing problems. These will only worsen as the administration makes visas for foreign medical workers more difficult to obtain. Rural women have a 64% higher rate of pregnancy-related deaths than city dwellers do.

For many workers, the loss of jobs also means the loss of employer-based health coverage, and people are delaying seeking medical care, both because of its unaffordability and due to fear of Covid-19.

Women of color have higher death rates both from pregnancies and from Covid. Medicaid rules magnify these disparities. Before the Affordable Care Act (ACA), Medicaid provided the financial coverage for 45% of births. But Medicaid only covers women for 60 days postpartum. 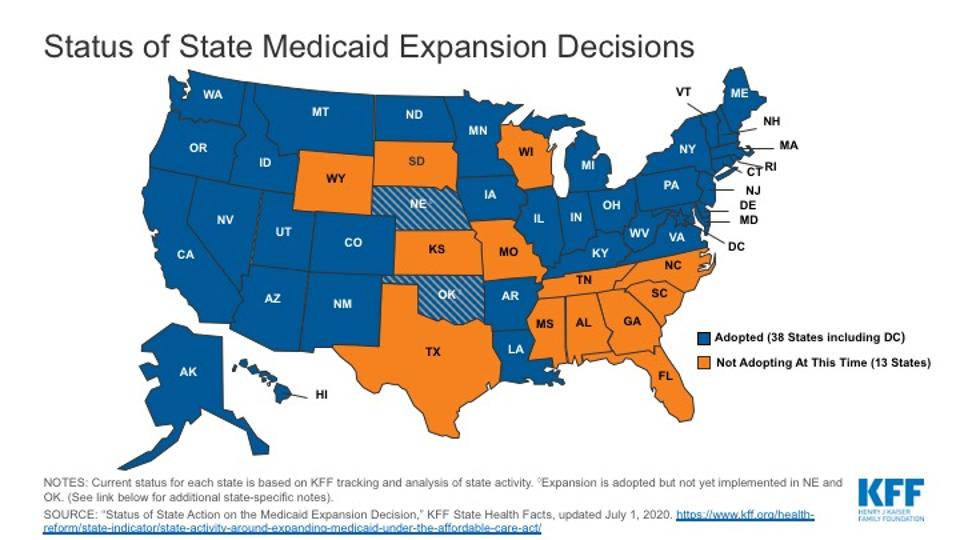 This presents a huge problem for women in the thirteen states that refused Medicaid expansion. In Texas, one of those and also the state with the worst maternal mortality, 60 percent of the maternal deaths occurred in this gap after delivery.

Losing Medicaid was the cause of being uninsured for half of new mothers. Yet a third of these women were recovering from C-sections and more than a quarter suffered from depression. This number is likely to grow with the pandemic.

Women of color have a disproportionate number of low paying jobs and this causes some (e.g. grocery workers) to be considered essential workers. With that comes greater exposure to the public and risk of exposure to Covid. Many of them also do not have sick leave or cannot afford to take time off, risking losing their job in addition to the loss of income while ill.

Higher income and education is not enough protection for some, as the tragic death of Shalon Irving showed. She held a PhD and was an epidemiologist at the CDC, her career focused on health inequities. She died abruptly three weeks after giving birth, after earlier signs of serious illness were not promptly treated.

The symptoms of many women—particularly women of color—are often ignored by medical professionals. We are often dismissed as anxious or depressed, often leading to years delay in diagnosis of rare diseases. Shalon knew that something was seriously wrong with her, but her symptoms were not given prompt attention. Even for something as unequivocal as a broken bone, Blacks symptoms are minimized and they often receive less pain medication. A 2011 Amnesty International report noted women complained of “inappropriate treatment,” which contributed to the higher death rates.

As Propublica/NPR said about Shalon, “Nothing protects Black women from dying in pregnancy and childbirth. Not education. Not income. Not even being an expert on racial disparities in health care.” Their story notes, “Over and over, black women told of medical providers who equated being African American with being poor, uneducated, noncompliant and unworthy.”

While there have not been enough cases to assess racial disparities in the US in regards to maternal mortality from Covid, some factors are concerning. Even before Covid, Latina and Black women were two-and-a-half times more likely than white women to delay prenatal care, according to “What To Expect.”

Heidi Murkoff, author of the What to Expect When You’re Expecting series of pregnancy guides and related projects, expects the gaps to worsen, as “Not only because black moms are more susceptible due to co-morbidities, like hypertension and a predisposition to diabetes (once again most likely originating in systemic disparities of access to care and nutrition over many generations), but because black moms are more likely to fall through the cracks of care when resources are stretched thin, due to the pandemic.”

But now health care offices may have reduced staffing, and certainly added spacing between patients and cleaning times reduces the number of patients who can be seen. Visits are less frequent and this may result in a delay in diagnosis of gestational diabetes or preeclampsia (high blood pressure and organ damage late in pregnancy), as happened with Shalon.

Women may not be able to take time off from work, causing them to miss appointments. A lack of childcare or transportation further causes missed care appointments. Prenatal classes are likely cancelled.

Many medical settings require that only the patient enter the facility to reduce the chance of Covid. It is often crucial for patients to have an advocate with them. Lack of a support person can also worsen the already high levels of stress.This, in turn, can worsen the risk of postpartum depression. So does the social isolation many are experiencing now.

Depression and anxiety are a growing problem especially during the coronavirus pandemic and may well be undetected, especially in states that cut off Medicaid 60 days post delivery. This is a particular concern expressed by Dr. Ruth Ann Crystal, an Ob-Gyn and Physician Lead for the StartX Med COVID Task Force. She also notes that the early Medicaid cutoffs may prevent women from accessing IUDs for birth control, as doctors may wait until a woman is 3 months postpartum before placing an IUD because there can be a higher risk of uterine perforation before then.

Some offices are turning to telemedicine to reduce risk of Covid. This can exacerbate disparities, as many poor or rural woman do not have internet access or smart phone capability. One the other hand, Crystal notes that for those who can access telemedicine, it can be time-saving and work better by avoiding the need for public transportation.

What can be done to reduce these disparities?

Perhaps most urgent is the need to expand Medicaid to all states—or better yet, have universal health coverage that is not tied to an employer’s insurance. More than 5 million people lost their jobs and insurance just between February and May. As of May, 31 million people had filed for unemployment insurance, according to the Kaiser Family Foundation.

In what could make a substantial improvement in maternal outcomes, the American College of Obstetricians and Gynecologists (ACOG) is urging Congress to extend postpartum coverage for a full twelve months.

Additional progress could be made if we were to expand education about cultural competence and unconscious bias, areas seriously neglected throughout all levels of education.

It will likely be a very long time before a vaccine is available to protect against Covid. Even then, it is likely that poor people of color will be the last to be offered it, just as testing is not as accessible to poor and rural populations. Thus it is crucial that we do everything we can in the interim to improve maternal outcomes.

You’ve Heard Of Après Ski, But This Female Founder Has Created An Après Swim Category