Breaking
The WFH Revolution: How Covid-19 Is Changing The...
eToro Announces Staking For Cardano And Tron
The End Of Third-Party Data — Finally
The Scientologist Billionaire Trying To Make A New...
Mission-Driven Fintech Kontist Shakes Up The Future Of...
What Can The Simple Fact That ‘We Exist’...
Stock Market: Here Comes October With Scary Tricks...
Farmers, College Students, And Food Banks Across The...
Thinking Of Writing A Book To Grow Your...
Microsoft Security Report Highlights New Sophisticated Threats From...
3 Steps To Help You Build Entrepreneurial Confidence
SMB Fintech Darling Kabbage To Be Acquired By...
Silicon Valley’s Next Target: The One-Person Business
The Small Business Code Of Ethics
President’s Remarks About COVID-19 At First Debate True...
FIFA 21 Gameplay: Liverpool Vs. Manchester United
Home Finance Buy Good Companies Temporarily Out Of Favor: Marathon Petroleum And Three Others
Finance

Buy Good Companies Temporarily Out Of Favor: Marathon Petroleum And Three Others 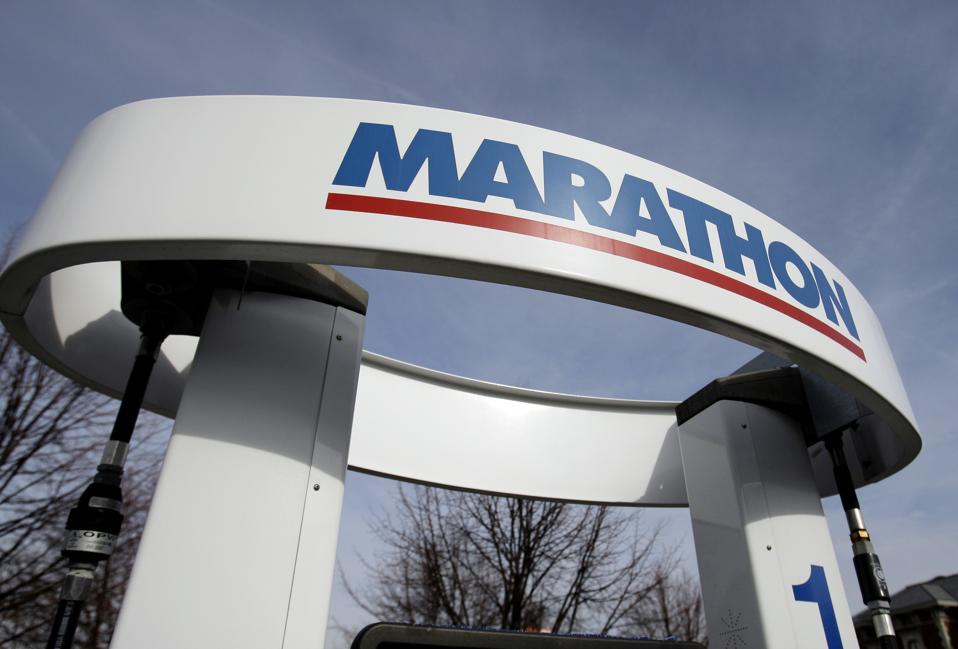 Buying the stocks of good companies on bad news is my favorite investing method. The trick is to find bad news that is real but probably temporary.

Each quarter in this column I compile my Casualty List. It highlights stocks that have been pummeled in the latest quarter, and that I think have excellent recovery potential.

The Casualty List has been well. The one you’re reading is the 67th one, and the first one appeared in 2000. Twelve-month performance can be calculated for 63 columns in this series. The average 12-month return has been 16.3%, which is well north of the 10.2% return on the Standard & Poor’s 500 Index for the same periods. Thirty-three of the columns, a little more than half, have beaten the index. My recommendations have been profitable 42 times.

My list from a year ago was a dud, thanks to a 92% loss in McDermott International (MDR). The engineering and construction company specializes in building offshore oil platforms. With the energy industry in the sixth year of a bad slump, that’s a terrible niche to be in.

The other three stocks I recommended were profitable, and one of them, Micron Technology (MU) had a 70% gain. But overall, due to the McDermott fiasco, my choices gained only 6.2%, while the S&P 500 returned 26.5%. I still believe that bottom fishing in beaten-up stocks is a worthwhile technique. So, here are four new choices.

Marathon Petroleum (MPC) is the largest independent refiner in the U.S. Its stock has had a rough go. It is down 14% in the past year, including a 1.5% decline in the fourth quarter. Turmoil in the Middle East is good for most oil-and-gas stocks, but a mixed blessing for refiners. After all, the price of their raw material increases when oil prices soar.

What’s important to refiners is the crack spread, the difference between what they can get for their refined products and what they pay for oil. Take the price of two barrels of gasoline and one barrel of home heating oil. Subtract the cost of three barrels of raw crude. Then divide by three. From March to July, the crack spread was mostly $20 or more; lately it’s about $14. I think it’s more likely to rise than fall in the next six to 12 months.

Down 3% in the fourth quarter and 20% in the past year is Auto Nation (AN), the largest U.S. car dealership chain. It has some 261 dealerships in 16 states, mostly in the Sun belt.

Auto Nation gets a little over half its revenue from selling new cars and trucks, but it also gets a big chuck from selling used cars and from financing. Sales and earnings fell last year, but the five-year and ten-year growth rates are good.

My guess is that energy prices will rise over the next five years. At present, they are about 40% below the peak reached in 2014. Thank the shale revolution for that, but I believe that wells drilled horizontally and stimulated by fracking will deplete more rapidly than traditional wells did. Greenbrier fell 5% in the fourth quarter and 37% in the past 12 months. Selling for only nine times estimated 2020 earnings, I think it’s due for a comeback.

I’m sweet on the homebuilding industry, my thesis being that as Millennials have children, many of them will want single-family homes rather than apartments. One casualty in this industry is Meritage Home (MTH), which dropped 13% in the fourth quarter. It is still up 64% in the past 12 months.

Meritage emphasizes starter homes, so if I’m right about the Millennials, it might be well positioned. Starter homes tend to be more standardized that high-end homes, which helps keep costs down. Geographically, Meritage concentrates on the Southwest and Southeast.

Get timely investing news and information delivered to your inbox from Forbes Investing Digest. Sign up for free now.

Disclosure: I shares of Greenbrier and Micron Technology shares personally and in a private partnership I manage.

‘The Two Popes’ Plays Like A Puff Piece For The Vatican