Breaking
Looking To Improve Efficiency In Your Business? Here’s...
AI and machine learning for business
How Social Media Changed the World
Shopify: The Pros and Cons
Should your business go green?
Expanding Your Business Into Spain: What You Need...
Essentials For Your Office Coming Out Of COVID-19
What Can Marketers Learn From Digital Cults?
Why NASA’s James Webb Space Telescope Will Never...
Increasing HR Effectivity and Efficiency through Software Solutions
The Difference Between Building A Startup In Bull...
Fluor Corp Ranked Among Today’s Top Shorts
Common Pitfalls to Look Out for When Buying...
Will the Olympics go ahead this year?
Pack Up the Big Top: Insights from MozCon...
Best WordPress Themes for Blogs
Home Technology Buying A New iPhone? Coronavirus Is Affecting Apple, Samsung And Others
Technology

Buying A New iPhone? Coronavirus Is Affecting Apple, Samsung And Others 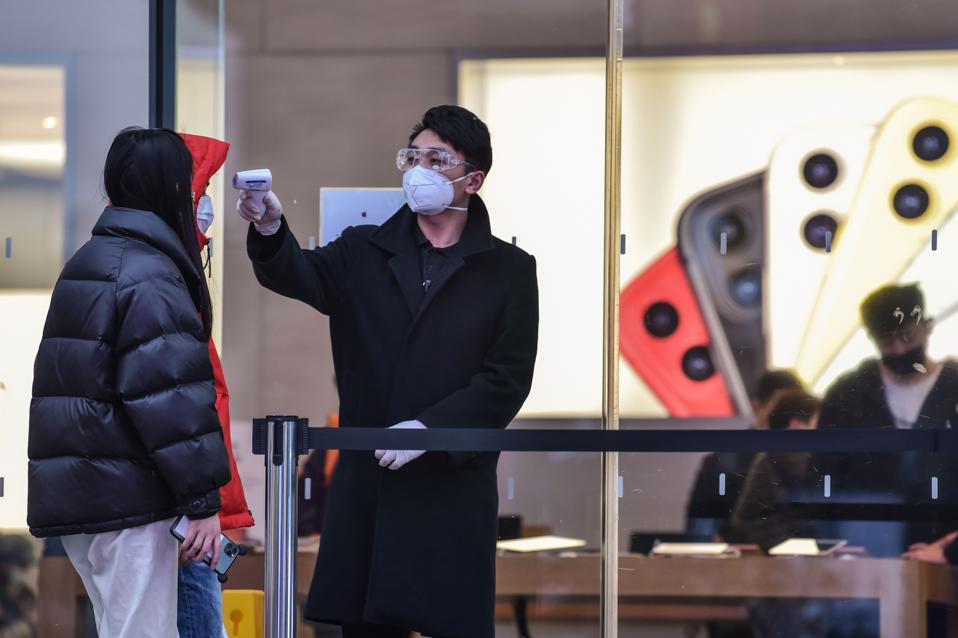 A security guard checks the temperature of customers at the entrance of an Apple store in Shanghai … [+] on February 28, 2020. – China reported 44 more deaths from the novel coronavirus epidemic on February 28 and 327 fresh cases, the lowest daily figure for new infections in more than a month. (Photo by Hector RETAMAL / AFP) (Photo by HECTOR RETAMAL/AFP via Getty Images)

Tech companies are responding to the coronavirus disease (COVID-19) by limiting travel, cancelling major events and fighting growing misinformation on their platforms.

If you’re in the market for new devices, then you may experience delays in shipping as factories in China temporarily close – or run a limited operation – to combat the virus. Similarly tech companies are cancelling launch events which may change release dates of devices.

Here’s how the tech industry has been affected by COVID-19. For the last information about COVID-19, visit the World Health Organisation’s website for up to date advice and news.

Coronavirus And Your Stock Portfolio Two Years From Now