Breaking
Why businesses should prioritise Cyber Security
What You And Your RTO Business Need To...
4 SEO Trends for Websites You Should Not...
3 Reasons Why Desk Booking Is Rising In...
8 Tips to Play & Win at Online...
How can software benefit facility management?
Do Professional Casino Players Pay Taxes for the...
Becoming a Trading Expert: What Is the Best...
Dos and Don’ts for B2B Organisations in 2022
Should your business be using Machine Vision?
Colour Masterbatch vs Raw Pigments – Which Is...
Keeping your business moving as you expand online
Top Four Celebrities Who’ve Invested In Cryptocurrency
Why is Cloud Computing Tipped to be the...
How to Raise Money for Non-profit Organizations in...
Choosing the right theme for your WordPress Business...
Home General Buying The Bulge Is Dangerous
General 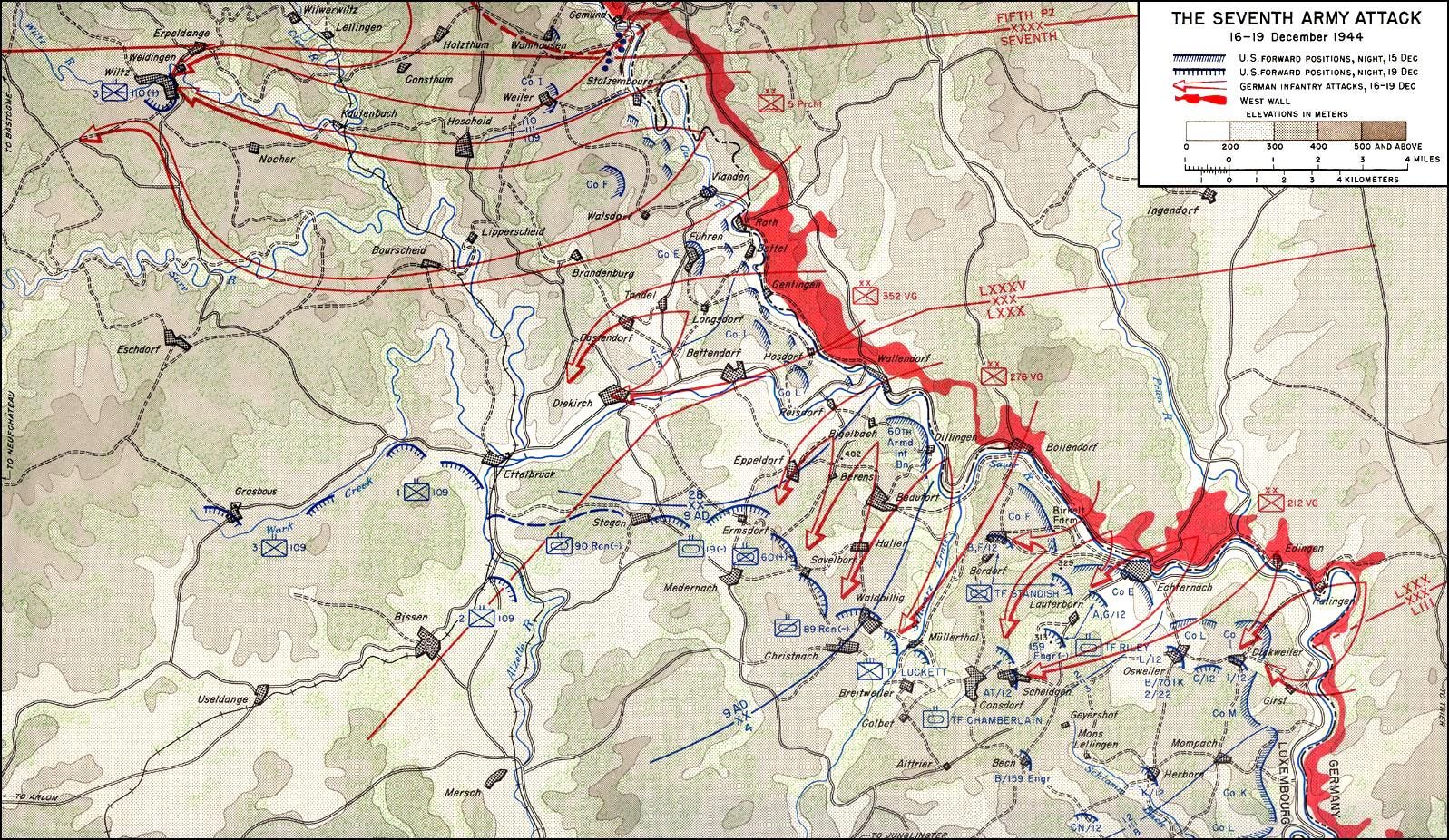 Smitten with Big Board plays like Apple AAPL now compares with falling in love with a stainless-steel statue of Venus. You could be disappointed. She’s heartless. Better trade oil futures or copper. What you see is what you get, not false love. Cowards like me own Microsoft MSFT while Warren Buffett owns enough Apple to choke a horse.

When I scanned the chart on the Nasdaq 100 Index, its V-shaped trajectory from the March low was over 60%. The S&P 500, also V-shaped, rose a solid 50%. Net, net, the market needs some consolidating between now and post-presidential election.

When the dust settles, maybe yearend 2020, I expect my BB-rated bonds will have outperformed the S&P 500 Index. Year-to-date its total return is 5%. My high-yield portfolio is doing better sans the heartburn from the jitterbugging market.

After past week’s fireworks display on the Big Board, I did riffle my charts going back 50 years, covering interest rates, inflation, corporate earnings power (pre-tax) as well as price-earnings ratios for growth stocks and value plays. Today’s market trades at 20 times recoverable earnings. Seat-of-your-pants investing buries you normally at top of cycle valuation. Yardsticks! Yardsticks! How long do we dare endure looking over the valley?

Riffling through 50 years of postwar-market stats is a humbling experience. Nobody is right on the money for very long. Too many upsets like wars, recessions, Federal Reserve Board insanity, galloping inflation and financial meltdowns like 2008 – 2009. Lay that one at the feet of our major banks and Wall Street houses.

Has anyone seen Merrill Lynch and Lehman Brothers? What happened to Polaroid, Xerox XRX and Sears Roebuck? Why does General Electric GE tick in single digits? Ford Motor F at $7?

A once proud Boeing BA still unanalyzable while airline blood flows and flows. U.S. Steel ticks at $7, too. Its leveraged balance sheet remains a challenge. Exxon Mobil XOM trades now like its dividend must be halved by mid-2021. This overly-proud operator faces deeply cyclical variance in refining and marketing as well as chemicals pricing weakness. Occidental Petroleum OXY , once a $50 piece of paper was destroyed by an expansive management that over leveraged itself.

A long time ago, I learned (painfully) never ride down a stock into single digits or even worse. You’re supposed to buy stocks in single digits like Halliburton HAL and Freeport-McMoRan FCX just months ago. Halliburton has tripled off its low while Tesla TSLA is 30% off summer highs. Microsoft has eased along with Apple. Both sell around 30 times earnings power, so valuation has turned into a fundamental issue going forward.

Lemme tackle valuation structure before dealing with specific market sectors like technology and financials, together over 35% of S&P 500 Index weighting. Can anyone who’s a serious player, say 60% or more of his capital in equity markets, make the case for staying the course? Further, can it remain a growth-stock play space or shift to the value sector, to industrials and energy where assets are bedrock, not clicks and headcount of active internet users?

For me, bedrock value derives from Tobin’s Q Ratio. At a graduation ceremony at Bard College years ago, I had the pleasure of introducing James Tobin, the economist who birthed his Q Ratio. I was telling him how much I admired the elegance and simplicity of his insight.

Briefly, the Q Ratio deals with capital stock or infrastructure of the country and compares it to the market value of corporate equity. When the market value of the Big Board is below replacement cost of corporate hard assets, you can rest assured the market is undervalued. For much of the eighties this was true. It spawned Mike Milken’s hostile takeovers and the great-leveraged buyout scene that crested with the Kohlberg, Kravis, Roberts LBO of RJR Nabisco.

Today, the Q Ratio stands well over par, actually twice par (my estimate) which is why you only see discriminating deals done. Now, you can employ BB debt at 5%, not the 8% to 9% rate, late eighties. Valuation for everything, including art, real estate and gold boils down to your cost of carry, sooner or later.

Market bulls pooh-pooh Tobin as quaint and obsolete. How figure in Coca-Cola’s KO trademark or an ethical drug house’s patents – any serious intellectual achievement like cloud computing? This is valid, but Tobin is right, as well. His insight is based on how businesses are priced – fairly valued, overvalued or undervalued over successive cycles. It’s a long-cycle reading I file away but never discard from my apperceptive mass.

Since March, several broad-based industrials like Dow, Honeywell and Caterpillar CAT have appreciated 50% to 100%. They seem to be selling at 18 to 20 times perceived-recovery earnings power. Too pricey for me. Financials rallied big since March and discount recovery on net-interest margins on loans with loan losses containable. I’m not a player, disbelieving a Covid-19 vaccine drug is around the corner. The energy sector needs to see worldwide GDP recovery to absorb industry surplus inventories before you see a spike in oil futures.

Despite enormous gains for tech houses past five years and particularly from this year’s March lows, I’m sticking with Microsoft, Amazon AMZN and Facebook, a double since March. Same goes for Alibaba BABA and Apple, also doubling from its March low of $60. With technology at a 25% weighted sector in the S&P 500 Index, I’m double-weighted. Fundamentals seem intact but valuation rests pricey, about twice the S&P multiplier on its normalized earnings power.

Ignore academics who talk about random walks, efficient markets and risk premiums. The stock market is an overflowing treasure chest of ongoing statistics. Countless assistant professors who must publish or perish, concoct papers riddled with integral calculus equations. Such work appears quarterly in the Financial Analyst Journal which I ceased reading some 20 years ago with no regrets.

Warren Buffett in the early nineties disposed of the “efficient market” in one sentence, referring to Black Monday when the index dropped 22%, overnight, and came near imploding, obviously inefficient. Never govern yourself by a dividend-discount model, either. Its moving parts wax too changeable – dividend payout ratios, earnings growth, inflation and interest rates.

A century’s worth of market stats show even if you came in at the top of a cycle and stay invested for at least a decade, your rate of return can exceed Treasury bills. This may be the situation right now. Historical memory is useful as a valuation tool for the market, but not for individual stocks which can sell anywhere. Look at Ford Motor and General Electric today, old icons. The consensus is invariably wrong on its forecast of GDP growth, so discard that stat as worthless.

What about price-earnings ratio comparisons? Going back over 40 years my chart shows the trendline P/E for growth at 1.3 times the S&P 500. Currently, we’re at a two-times ratio. This is a warning signal. The technology sector six years back was on parity with financials. Today it’s two times that weighting. I’m thumbs down on banks, but if a Covid-19 vaccine is around the corner, banks are way underpriced.

If you’re a growth-stock player, review 1972 when the sector peaked at 2.7 times market valuation. Then, the 1973 – 1974 recession destroyed growthies and they’ve never sold above two times S&P 500 Index. The market traded at 18.4 times earnings during 1972 and then exceeded 22 times in 2000 and 17 times in 2014. So, a 20 multiple looks like the peak number. Economic cycles intervene and profit margins do get shaded when worldwide-competitive forces kick in.

Net, net we’re at peak valuation, dependent on a breakthrough vaccine near at hand.