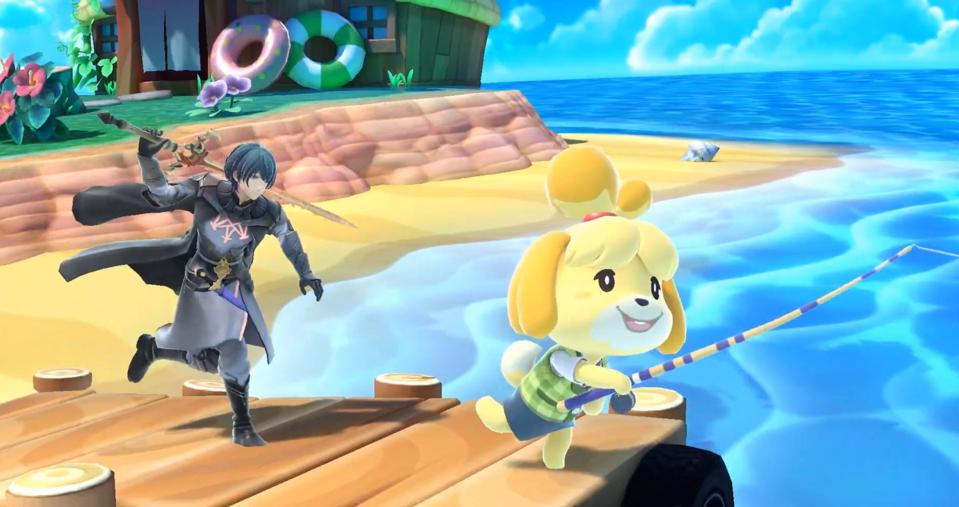 Honestly, it can’t help but feel a little disappointing. It’s not like we’re exactly short on Fire Emblem characters here in Super Smash Bros. Ultimate. This is a series that’s close to being able to get any character in all of video games so long as they aren’t Microsoft or Sony exclusives, and yet we’re just stacking things up with more and more Fire Emblem characters. As far as announcements go, it can’t help but feel like a letdown.

The internet was not enthused, though it was a bit amused.

Byleth’s style revolves around several relic weapons drawn from the game: a lance, an axe, a sword and a bow. The Nintendo Direct demonstrated his moves against another Fire Emblem character: there are plenty to choose from.

Dante felt like the fan favorite and honestly, that felt like even a bit of a compromise: it’s another anime sort of dude with a sword, after all, just one that I care about more than another Fire Emblem character. It’s not like I’ve got anything against Fire Emblem, per se, it’s just that I’m a little bit confused why we’ve got more characters from Fire Emblem than anything besides Mario itself.

Oh well, it happens. Super Smash Bros. Ultimate has had some solid DLC fighters already, and characters like Banjo+Kazooie, Joker and Terry got good receptions when they were first announced. Nobody is making you play as Byleth, after all.

It’s possible we’ll still see Dante, though it’s looking less likely. My favorite “wild fantasy” character will always be the Doom Slayer, colloquially known as Doomguy. No, I don’t think we’ll get the hyper-violent ID soldier in Smash, even if we did get Solid Snake. But that’s sort of the beauty of Smash, that you can dream.

How Much Should I Pay The Directors On My Board In 2020?