Breaking
Zynga Stock Looks Attractive At $9
How Russian Thieves Use Dark Web To Get...
France Off Travel Corridors And FCO Exempt List
Ask Ethan: Why Are The Moon And Sun...
When To See The Moon And The Planets...
IRS-CI Involved In Largest-Ever Seizure Of Terrorist Organizations’...
The Check Really Is In The Mail. After...
Epic Games Vs Apple: Why You Won’t Be...
Senator Kamala Harris Proposed A Bold Tax Credit...
Deal Terms To Reduce The Risk When Buying...
Multiple Sclerosis Drug Shows Promise For HIV Prevention...
The Neglected Piece Of Retirement Planning
It’s No Longer A Viable Option For Capitalism...
Virtual Credit Cards: An Extra Layer Of Protection...
Lessons From The Rainforest: Human Health Leads To...
Four Easy Ways To Bolster Your Company’s Reputation
Home Business Caleb Plant Vs. Vincent Feigenbutz Odds, Records, Prediction: Boxing Biz
Business 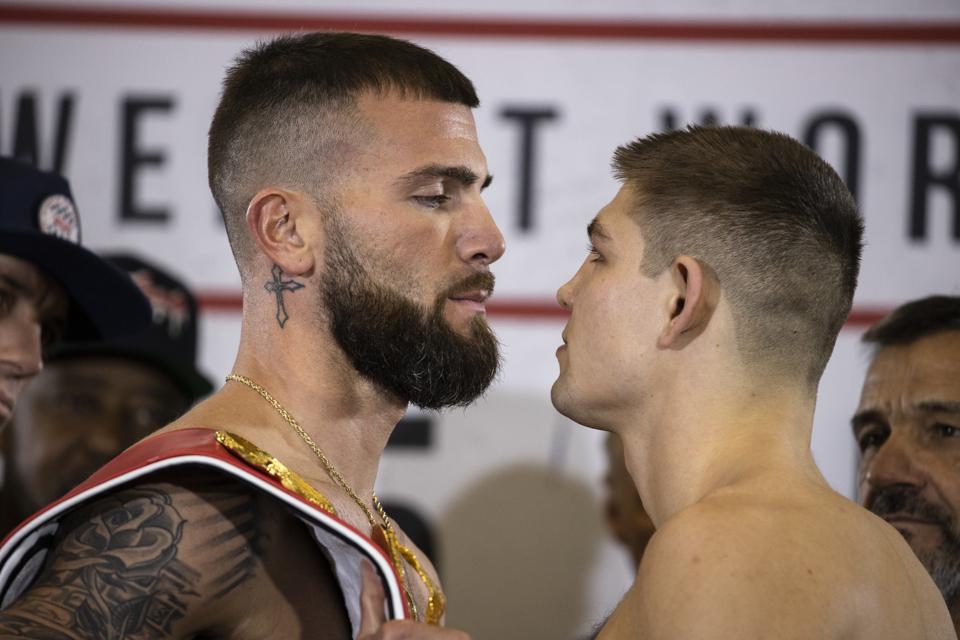 Caleb Plant returns to the ring on Saturday night to defend his 168-pound title vs. Vincent Feigenbutz in front of a Fox primetime audience and in front of his hometown fans. The matchup doesn’t seem like it should be competitive. But that doesn’t mean Plant prepared any less vigorously.

In fact, Plant said he’s at a peak.

“This is the best I’ve ever felt heading into a title fight,” Plant said this week. “This is the sharpest that I’ve ever boxed. Anyone who knows me, knows that I make weight easily. We’ve had the best sparring partners yet for this camp, and it’s going to make the fight easy on Saturday …

“Walking to that ring Saturday night, it’s going to be a spectacular moment. It’s all of my life’s work coming down to that moment. This is the biggest fight of my life and I trained as such. I pushed myself to exhaustion.”

We’ll get to see how Feigenbutz responds to that in the ring.

There are many reasons to watch Plant vs. Feigenbutz. Here are three of them. 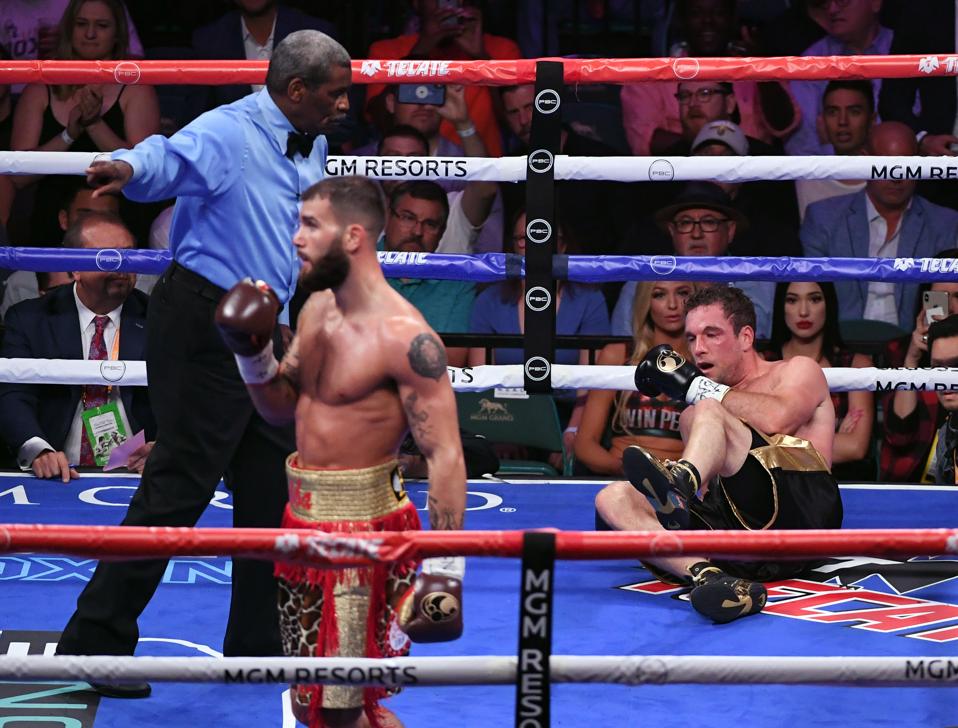 LAS VEGAS, NEVADA – JULY 20: Referee Robert Byrd sends Caleb Plant to a neutral corner after he … [+] sent Mike Lee to the canvas in the third round of their IBF super middleweight title fight at MGM Grand Garden Arena on July 20, 2019 in Las Vegas, Nevada. Plant retained his title with a third-round TKO. (Photo by Ethan Miller/Getty Images)

1) Could Plant fall into the fighting-in-your-hometown trap? Plant has never fought as a pro in Nashville, and he said he pushed to stage this title defense in the Music City. But he doesn’t worry about the possible distractions. And there are plenty distractions that could pop up when you’re fighting in your hometown. Maybe somebody needs extra tickets. Maybe somebody wants to hang out when they’re not welcome. Maybe somebody wants to too much of your time during fight week. None of it bothers Plant. “I’m excited but I’m not really focused on anything but the fight,” he said. “I’m happy to be here in Nashville in front of my home crowd. This is something that I pushed for, but once I got it, there’s no reason to really focus on it. I have to treat this like another day at work.”

2) Wait, who is Vincent Feigenbutz?: That’s a good question. He’s virtually unknown anywhere outside of Germany, and though he’s coming off a stoppage of previously undefeated Cesar Nunez—one of the most noteworthy victories of Feigenbutz’s career—he doesn’t own any wins against top-notch competition. Still, Feigenbutz seems confident he can pull off the upset. “You’ll see in the first round that I’m prepared,” he said this week. “I’m going to bring something different than Caleb expects. I’m confident that I’m going to win this fight, or else I wouldn’t be here.”

3) Don’t mess with Feigenbutz’s water: Feigenbutz and his team haven’t been impressed with the way they’ve been treated by Plant’s team this week, calling the hometown fighter’s camp rude and disrespectful. Feigenbutz also doesn’t trust anybody outside of his own camp to prepare his food and drinks. That’s why, according to Boxing Scene, Feigenbutz had $200 worth of oxygenated water bottles delivered to his hotel. “We only drink our stuff,” Feigenbutz told the website. “It’s not a magic potion or anything. It’s refreshing and we know it’s clean. For the same reasons, we only eat our food. We love all our fans here, but we don’t trust anyone when it comes to the (food and drinks) that goes into my body.

“His team has shown they are unprofessional. This is supposed to be his hometown show, even though nobody knows who he is. But the people running this know who he is, and we don’t trust anybody.”

Though Plant (19-0, 11 KOs) doesn’t have an impressive KO percentage, he’s showcased plenty of power against his last two opponents. He blasted out Lee in the third round last July, and he dropped Jose Uzcategui twice en route to a unanimous decision victory six months before that.

Feigenbutz has a strong knockout percentage, scoring 28 stoppages in 32 wins (he also has two losses). He won an interim title in 2015 vs. Giovanni De Carolis, but in the rematch for the vacant world title, Feigenbutz lost by 11th-round TKO. Feigenbutz also took a loss in just the second pro fight of his career against an opponent who eventually went 8-3-1. “I was only 20 years old when I last lost [to De Carolis],” Feigenbutz said. “I’m a man now and I’m much more experienced and have everything I’ll need to beat Caleb Plant.”

Hey, if Plant has to fight a guy like Feigenbutz, at least he gets to do so at home, where hopefully he can draw a decent crowd to the downtown arena. Perhaps Feigenbutz gets Plant’s respect early on with his power, but ultimately, Plant is much too talented for Feigenbutz and will stop him late. Say, TKO in the 10th round.

The Promising Outlook Of Wearable Technology For Diabetes Management