Breaking
How To Get Your Startup Business Off The...
How To Create A COVID Safe Construction Site
How to Make a Good First Impression at...
Why Now Is A Good Time To Start...
Here’s Why Texas Instruments’ Stock Growing Almost 2x...
LinkedIn’s 50 Best Startups To Work For In...
3 Marketing Mistakes Holding You Back From Hitting...
Is The Matter In Our Universe Fundamentally Stable...
Majority Support Covid-19 Price Controls Says New Brookings...
Reimagined Pan-Mass Challenge Approaches $41M 2020 Fundraising Goal
Is Bitcoin Poised To Bounce Back After Its...
These ‘Temporary’ COVID-19 Changes Will Become Permanent
How Will Our Mental Health Be Affected By...
Selling A Business During A Pandemic: When Talented...
Top 10 Digital Transformation Trends For 2021
Two Veteran Entrepreneurs Aspire To Clean Up America’s...
PPP Forgiveness Applications Are Opening Up. Should You...
Best Domain Registrar
Free Tech For Black Founders Initiative Saves Startup...
Home Business California Bill Would Make Victims Of Police Violence Eligible For Compensation
Business

California lawmakers began pushing a first-in-nation bill this week that would expand state compensation funds to specifically cover victims of police violence, addressing police brutality in the wake of widespread protests following the deaths of George Floyd and Breonna Taylor. 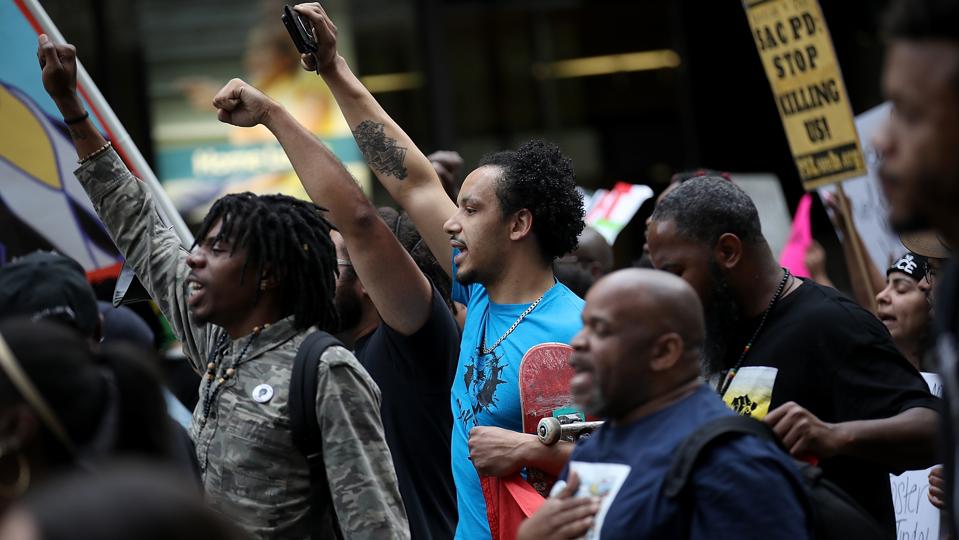 Black Lives Matter protesters take to the streets during a march and demonstration on April 4, 2018 … [+] in Sacramento, California.

The California Victim Compensation Board helps cover expenses, such as burial costs and medical treatment, for victims of violent crime or their families.

Now, they must file police reports in order to verify they are a victim of a crime, but AB-767 would allow the use of other forms of evidence—such as medical records or witness testimony—to prove those claims.

The proposed bill would expand what the state would cover to specifically include instances of police violence, even if an officer hasn’t been formally arrested or charged.

Now, applicants can be denied if they don’t cooperate with police officers at the scene of the crime, but the new bill would prohibit that in cases where officers use excessive force.

Supporters of the bill say the current system makes it nearly impossible for victims of police violence—who are disproportionately people of color—to get compensation because it generally requires corroboration from police departments.

A version of the bill was introduced in 2019, but it was revamped this week in response to the June shooting of Sean Monterrosa, an unarmed Latino man, in Vallejo. An officer, who was responding to a burglary in progress, shot the 22-year-old after he mistakenly thought a hammer in Monterrosa’s sweatshirt pocket was a gun. His family filed a wrongful death lawsuit against the city of Vallejo on Thursday.

“We feel blessed and grateful to have the support of our community during this time, but no one should have to fight for justice and carry on the pain with no resources and support,” said Michelle Monterrosa, Sean Monterrosa’s sister, during a press conference Thursday.

The bill’s authors expect the measure to reach Gov. Gavin Newsom’s desk by the end of the month, according to CBS affiliate KPIX.

How An HSA Compares To A 401(k) For Retirement Planning