Breaking
The Impact of Internships in Marketing
3 use cases of chatbots for critical services
How To Make Working From Home Appeal To...
Tips on How to Design an Office Space...
4 Tips To Help Build Amazing Customer Relationships
How Are US Pension Funds Responding to the...
Benefits of second-hand cars for your business
4 Reasons Why Your App Needs To Undergo...
Your Guide to Online Marketing
How to find a Solicitor in London
5 car tyre and safety tips for a...
Everything You Need to Know About Corporate Social...
Is Adaptive Leadership the Key to Motivating Employees?
Why business events are set to return with...
Business events set to return with a bang!
Expanding Internationally: 5 Things to Consider for eCommerce...
Home Technology ‘Call Of Duty: Modern Warfare’ Has Declared A Ground War With My Subconscious
Technology 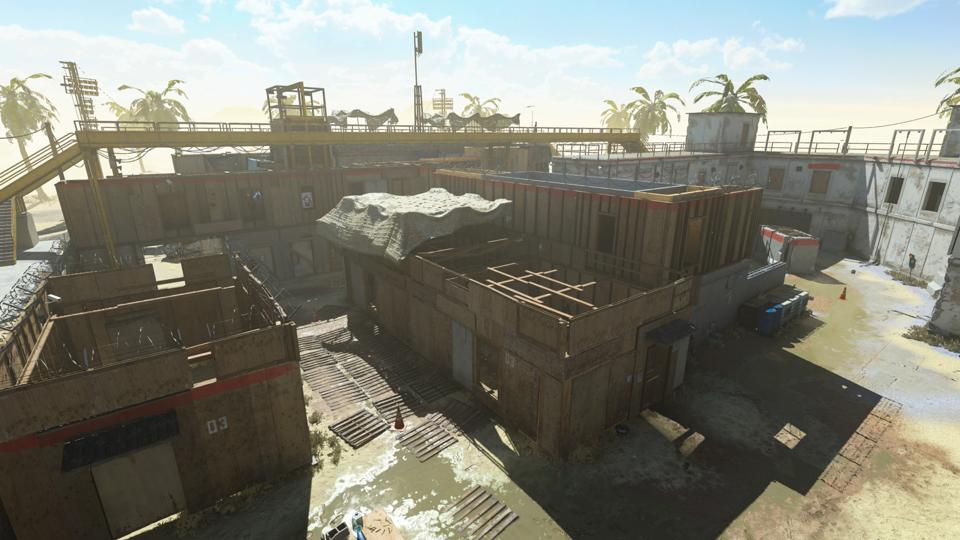 My dreams are Shoot House 24/7. In my dreams, my KDR is about the same at 0.87 and every match is Hardpoint. It takes at least five milligrams of Melatonin and maybe a Xanax to clear my brain of Call of Duty: Modern Warfare every night I play — which is every night since bought the game.

While I won’t be paying for the Fortnite style Battle Pass, I will be racking up the deaths in the eventual Battle Royale mode (my deaths). Call of Duty: Modern Warfare might be just another Call of Duty game to many of you, but to a casual gamer like me who hasn’t played much of the Call of Duty franchise besides the first two, Modern Warfare 2, maybe a Black Ops game and unfortunately Advanced Warfare, it’s a return to the excitement and brain tingles that I haven’t felt since late 2009.

Hell, the only games I’ve played this year of any substance are Just Dance and Fifa 19. The last time I put over two days of play into a game was the 60 or so hours I wasted on Skyrim before it glitched out. That disc is long gone, but not missed. The Call of Duty: Modern Warfare campaign was the first one I binged quicker than Fleabag since, well, I can’t recall.

Our brains are affected by video games and mine has been lit the funk up since I started playing online. A little Domination, some Hardpoint and Headquarters, maybe some Kill Confirmed then back to Earth with Team Deathmatch (my worst performing game mode). Chemicals are released. Adrenaline pumps and dopamine courses through my meat fortress. Blood pumps to my face and I literally have to watch an hour of Scrubs reruns to calm down after playing.

The Shoot House 24/7 map has completely changed the multiplayer online experience for me. While the other maps are enjoyable, the Shoot House 24/7 game is go-go-go. When you spawn you have barely a second to get your bearings. There are no pauses, no moments to find a nice place to camp. There is a voice yelling at you to play objective (though many players just play for their personal KDRs). It’s intense and causes you to react, attacking the flight or fight center in your brain.

While I’m no where near the best player in the game, or in my own household (ever since my now 19 year-old son was nine), I’m not terrible. Middle of the pack most matches, sometimes leading in captures or defends, or even with kills. Regardless, it’s fun and has kept me engaged. Engaged to the point that I haven’t even watched the new season of Rick & Morty yet. Y’all are talking about Watchmen, I’m too busy ranking up and unlocking pink dragon camo for my level 50 P90.

Side note: I figured out why my 19 year-old has a much better KDR and win/loss record than me when he was visiting from college this past weekend. I watched him rage quit any match his team was clearly losing. Basically, if he didn’t feel he was having a good match, he’d leave. That’s a trash method of play and accounts for a good percentage of my team losses.

Yes, Call of Duty: Modern Warfare is a violent video game. There is shooting, there is blood, there is cursing. There are guns and rocket launchers and loud explosions and constant chaos. That kind of stimulation can be detrimental to some, especially kids, but I’m an adult. It’s my decision to let Modern Warfare totally infect my brain to the point that I literally dream about playing the game.

The gist of all this is that Call of Duty: Modern Warfare is fun. At least in the sense on online multiplayer. While I’m sure there is horrible toxicity if I was to un-mute chat, I’m not going to do that. Instead, I’m going to keep grinding online, keep running around and seeking those elusive kill-streaks (I’m not that great at remembering to reload) while playing for XP challenges and treating the game like a reward for existing in this ridiculous world.

If the punishment for finally enjoying a video game as much as I enjoy eating bacon and cupcakes while sitting in one of those massage chairs in the middle of the mall is a constant subconscious picture of the Shoot House map, I’ll take it with a contorted grin/grimace on my face and my thumbs locked to the controller.

Black Soldier Flies Are The New Superstars Of Sustainable Aquaculture