Breaking
Everything You Need to Know About Corporate Social...
Is Adaptive Leadership the Key to Motivating Employees?
Why business events are set to return with...
Business events set to return with a bang!
Expanding Internationally: 5 Things to Consider for eCommerce...
How the Machine Shop Is Going Digital in...
Sustainable Food Packaging Is Helping the Hospitality Sector...
Top 5 Investment Practices To Make More Money...
Managing IT Requirements for SMEs: 5 Aspects that...
How To Build a Successful Luxury Brand In...
Finding The Best Google AdWords Consultant for Your...
8 Top Tips To Help Your Agricultural Business...
Three Reasons Why Office Décor and Design Are...
Looking To Improve Efficiency In Your Business? Here’s...
AI and machine learning for business
How Social Media Changed the World
Home Technology ‘Call Of Duty: Modern Warfare’ Season 3: Start-Date, Content Warzone, Everything You Need To Know
Technology 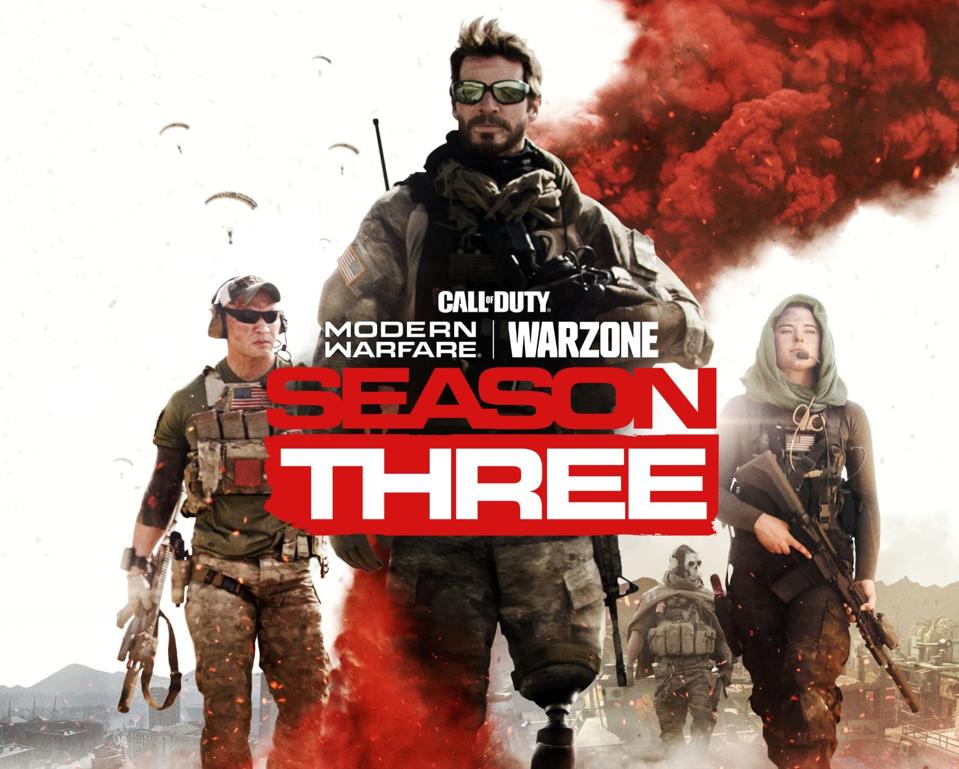 We’re getting ready to roll on a brand-new season of Call of Duty: Modern Warfare. And it’s a big one: this is the first season launch since the release of Warzone, the free-to-play battle royale title that’s certainly boosted player population with some curious gamers that didn’t yet have the full version of Modern Warfare—the game just ran a free weekend for the full version, assumedly in hopes that people would upgrade for the new season. Seasons are the main organizing principle of the game post-launch, so let’s dive into what you need to know about Call of Duty: Modern Warfare Season 3.

Season 3 will start when Season 2 ends, on April 8. We assume that it will launch at Call of Duty’s usual update time of 1:00 PM Eastern. Judging by previous experience, you’ll get a hefty patch to download when that happens.

The season revolves around a battle pass, which will cost 1,000 Call of Duty points, or about $10. The pass comes with all the goodies we can expect in the game: new operator and weapons skins, blueprints, charms and the like. You only get the first tier when you buy it—or the first 20 tiers if you pay 2400 points for the premium version. After that, you’ve got to unlock more by playing.

Activision has teased a little bit about the new season, which you can see below:

That looks like three new operators there, along with Ghost hanging out in the back there, like you do. People have also been speculating that the images in the back are remade versions of the maps Backlot and Village, hints of which were also found in the game’s files.

Warzone updates are a bit of a question mark, because we’ve never had a new season with that mode before. I’m assuming that we’ll get some map updates of the sort that Fortnite does at the beginning of each season, but other changes and shakeups are likely to come as well.

And that’s it for now: we may have more information later today, but we’ll definitely know what’s up when the season launches tomorrow, April 8. See you there, and we’ll update you with what’s new.

What You Need To Know About The Coronavirus In Hawaii