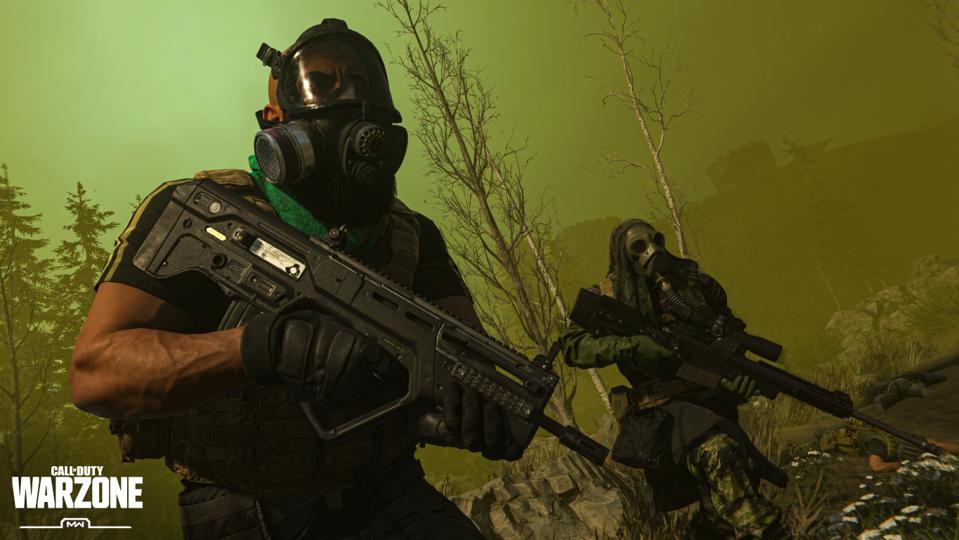 With the release of Warzone, Call Of Duty: Modern Warfare gets a major update in Patch 1.17. Here … [+] are the patch notes.

The game went live first for Modern Warfare owners earlier this morning and will go live for everyone else at 12 pm PT / 3 pm ET.

While Warzone is the biggest new addition to Modern Warfare—it’s stand-alone if you don’t own the game, but both games share the same Battle Pass, Item Shop and progression—there are a number of other updates, fixes and changes in the 1.17 Patch.

The update is 15.1GB on PlayStation 4, is 17.9GB on Xbox One, and is 22GB on PC. If you’re just downloading the stand-alone version of Warzone it’s between 83 and 101 GB depending on your platform of choice.

Patch 1.17 includes a brand new shotgun, the VLK Rogue. Search and Rescue has been added to the MP playlist, along with a “Mayhem Mosh Pit”.

See all the changes and updates in the patch in the below patch notes, via Infinity Ward:

Call of Duty League: Restricted the .357 Snake Shot in the CDL public playlist

Keyboard and Mouse: a contextual menu is now displayed when KBM player right-click on usernames in the Social menu’s Party tab

You Shouldn’t Sacrifice Security To Video Conference During...

Why Agile Methodologies Miss The Mark For AI...