Breaking
How To Get Your Startup Business Off The...
How To Create A COVID Safe Construction Site
How to Make a Good First Impression at...
Here’s Why Texas Instruments’ Stock Growing Almost 2x...
LinkedIn’s 50 Best Startups To Work For In...
3 Marketing Mistakes Holding You Back From Hitting...
Is The Matter In Our Universe Fundamentally Stable...
Majority Support Covid-19 Price Controls Says New Brookings...
Reimagined Pan-Mass Challenge Approaches $41M 2020 Fundraising Goal
Is Bitcoin Poised To Bounce Back After Its...
These ‘Temporary’ COVID-19 Changes Will Become Permanent
How Will Our Mental Health Be Affected By...
Selling A Business During A Pandemic: When Talented...
Top 10 Digital Transformation Trends For 2021
Two Veteran Entrepreneurs Aspire To Clean Up America’s...
PPP Forgiveness Applications Are Opening Up. Should You...
Best Domain Registrar
Free Tech For Black Founders Initiative Saves Startup...
FinCEN Files Scandal Is Unlikely To Change Anti-Money...
Home Technology Call Of Duty: Warzone: How To Get The Code For The Stadium Keypad And The Enigma Blueprint
Technology

Call Of Duty: Warzone: How To Get The Code For The Stadium Keypad And The Enigma Blueprint 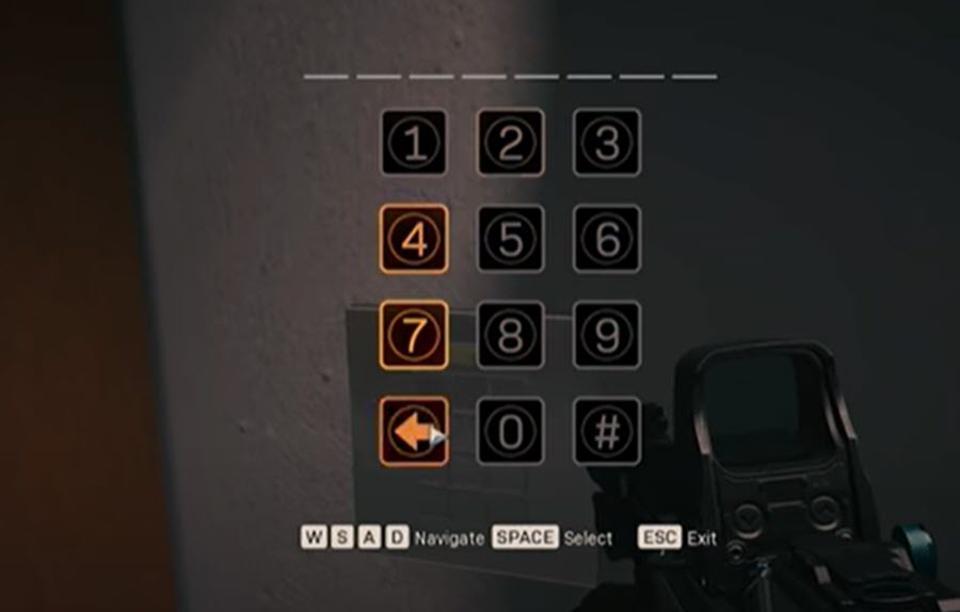 Call of Duty: Warzone Season 5 has been out for two days, so naturally this obtuse, difficult Easter Egg has already been solved. Moments after diving into the Verdanks Stadium for the first time, players noticed what appeared to be a new mystery inside: a keyapd that nobody knew the code to. Now, it seems the mystery has been solved, though fair warning: even executing this solution will be very difficult. You’ve been warned.

I clearly can’t take credit for solving this thing, and by and large this seems to have been a community effort, with a lot of legwork done by ModernWarzone. There’s a solid walkthrough here on Reddit, as well as a Youtube video form Geeky Pastimes I’ll be referencing later.

Inside each of these bunkers will be a computer that will flash a series of 8 numbers and symbols that people have dubbed “House”, “Nose” and “china”. These will, together, make a string. Using the letters H, N and C for the symbols, you’ll wind up with something like this:

You then need to compare your two codes to find a pattern and identify numerical values for each symbol and plug in the final code. Essentially, all three codes are actually the same, just substituting symbols for letters.

The example I used is from Geeky Pastimes, who has an excellent walkthrough here with a spreadsheet to help put things together. I highly recommend looking at this for the step by step.

When you get inside, you’ll find the Enigma blueprint, likely a reference to the Nazi Enigma machine, an encryption device that the allies managed to capture in a crucial turning point in the war. Use it and show of your own cryptology skills for making it through this difficult puzzle.

How To Have Better Customer Conversations During The Covid-19 Crisis