Breaking
How to Get Results from Broken Link Building
Florida Supreme Court Tells The American Bar Association...
How to Write Perfect Paid Social Media Marketing...
How Restaurants Can Design a More Sustainable Food...
Expenses That Small Business Owners Need to Be...
How You Can Make Saying Goodbye To The...
Biden To Meet Royal Family At Cornwall’s Eden...
It’s Going To Be Emotional — Going International...
Peer Mentoring For Students: STEM & Buds
7 PR Trends in 2021: The Story So...
Google Plans Radical New Google Pixel Smartphone Upgrade
Where Did COVID Come From?
Ride To Growth With A Business Vehicle
C3.ai’s Tom Siebel: How To Scale AI
Moz Acquired by iContact Marketing Corp
10 Examples of Brands Using TikTok Stitch and...
Home Technology Cambridge Audio’s Melomania Touch Are The Best Wireless Earbuds You’ll Hear… Even At Twice The Price
Technology 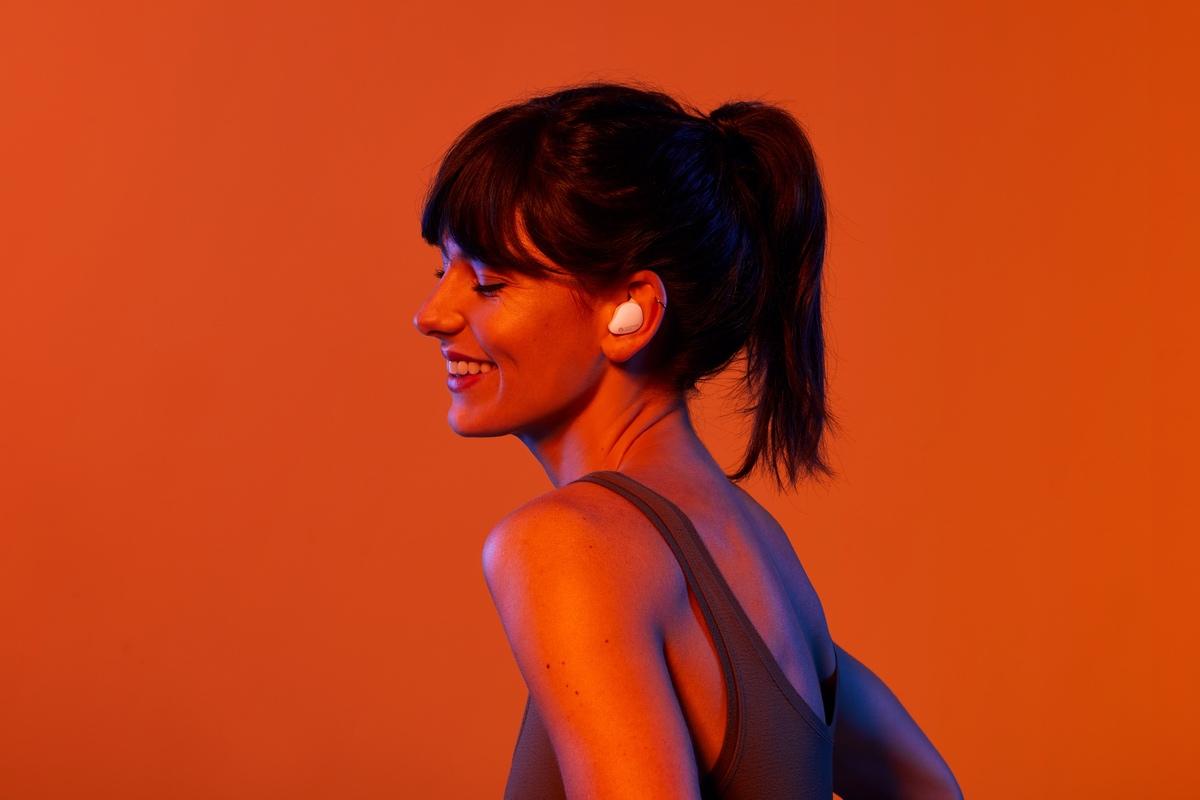 When Cambridge Audio released its first-generation Melomania true wireless earbuds, they were received with widespread critical acclaim. The tiny earbuds produced a great sound although there wasn’t a smartphone app for upgrading firmware or altering the EQ settings to suit the listener’s preference.

I’ve now managed to get my hands on a review pair of Melomania Touch and it’s been an interesting Christmas as I’ve got to know these earbuds which are the brainchild of James Johnson-Flint, the man behind the Cambridge Audio brand who has made the development of the Melomania Touch his mission to create the best true wireless earbuds at the most affordable price.

The first thing you notice about these earbuds is the beautifully designed oval charging case covered in vegan leather material and embossed with the Cambridge Audio brand. The Melomania Touch are available in black or white finishes and the build quality feels almost as good as the superb Bang & Olufsen E8 earbuds. Cambridge Audio has made the Melomania Touch look as good as they sound. The front of the hinged case features five LEDs that indicate the amount of charge remaining and the case is recharged via a USB C charging. A full charge of the case provides up to a massive 50 hours of listening time before the case needs juicing.

The Melomania Touch can work in one of two modes. The first mode is an ultimate audio setting while the second sacrifices a little audio purity for longer battery life. These are the only true wireless earbuds, that I know of, using real Class A/B amplification. That’s the same high-quality amplification used in high-end amplifiers. Although the high-quality sound mode delivers extremely high-quality audio, it does impact on playing time with a battery life of up to seven hours before the earbuds need to be popped back in the case for a recharge. When working in the lower-quality mode, the earbuds can play for up to nine hours between charges, but I’d personally opt for the higher quality mode as seven hours is a respectable playing time and the sound quality is awesome.

Each Melomania Touch earpiece houses a 7mm dynamic driver with a Graphene-enhanced diaphragm and are backed with a 32-bit processor and circuitry based around Qualcomm’s QCC3020 Bluetooth chipset which transmits audio to the earbuds in True Stereo Plus. The earbuds support both AAC and apt-X audio codecs which means they play nicely with both iOS and Android devices. The earpieces are waterproof to IPX4 standard which means they’re fine with light rain or an occasional splash.

Cambridge Audio supplies a good choice of different sizes of ear tips made from silicone as well as a series of rubber fins that help to keep the earbuds in place when exercising or moving around. Getting a good fit is essential to get the best sound from the Melomania Touch so take enough time to find out which size of ear tip creates a good acoustic seal. I can’t emphasize this enough. With true wireless earbuds, the fit is everything and makes the difference between great sound and average sound.

As well as being great for playing music, the Melomania Touch are fitted with microphones for picking up the user’s voice when making or taking phone calls. The microphones use Qualcomm’s cVc ClearVoice noise-canceling technology to make your voice sound clearer when you’re making calls or issuing commands to a voice assistant. The microphones can also monitor external sounds and relay them to the listener in Transparency Mode. This is a handy way of listening to music but allowing just enough of the surrounding sounds into the mix for when you need to be aware of danger, someone trying to get your attention or any other situation where you need to be aware of what’s going on around you.

Each earbud has touchpads on it for most of the functions you might want to use such as pausing the music, skipping tracks, repeating tracks, increasing the volume, taking phone calls or even invoking a voice assistant like Siri or Google Assist. Like all touch controls on earbuds, the Melomania Touch are slightly sensitive so you can find you pause the music when all you meant to do was push the earbuds into your ear a bit further.

Pairing up the Melomania Touch is very straightforward, and the earbuds will remember paired devices so that you can switch between smartphone, tablet or computer. The Melomania app can be used for connecting as well as customizing the earbuds with any of the preset EQ settings or up to three custom settings to suit your preferences. The app also has a function for tracking down lost earbuds and for updating the firmware whenever Cambridge Audio releases new software. This means the Melomania Touch should go on improving over their life as Cambridge Audio updates the firmware.

The sound of these earbuds is beyond awesome. The sound is so natural, and the stereo imaging is superb. The designers at Cambridge Audio have created a base sound that is so close to perfect, you probably won’t want to use any of the EQ settings. I tested out the earbuds using one of my favorite albums at the moment, Melody Gardot’s Sunset In The Blue. Track the album down on TIDAL or Qobuz if you can and listen to the second track “C’est Magnifique” featuring Portugal’s king of crooners António Zambujo. The Melomania Touch make this recording sound as smooth and as warm as molten chocolate.

At the same time, the treble and higher frequencies are as clear as a bell. The sound is so beautifully balanced and that Class A/B amplification adds warmth as well as clarity to produce a sound that’s as good as listening to music on a high-end stereo system. If you own a smartphone without a headphone jack but don’t like the idea of using wireless earbuds, the Melomania Touch will ease your misgivings as the sound is every bit as good as a wired pair of headphones.

Verdict: The Cambridge Audio Melomania Touch are the best true wireless earbuds under $200 by a long way. The battery life is great and the Class A/B amplification brings a whole new level of audio performance with true wireless. There’s a great selection of ear tips that ensure an optimal listening experience. Everything about the Melomania Touch, from the build quality to the sound and the slick smartphone app, marks these earbuds out as the best value and best-sounding earbuds in the sub $200 price range. Highly recommended.