Can A Handheld Genetic Testing Device Save Moldy Museum Pieces?

When Oxford Nanopore developed a tiny DNA sequencing device that could be used anywhere, most people thought of ways to use it for global public health purposes. Imagine being able to study human genetics or disease outbreaks anywhere in the world without needing access to a large research lab! And indeed, the little MinION DNA sequencing device has been incredibly useful for those purposes. Just a few weeks ago, the company shipped several hundred of the devices to China to help with coronavirus research and monitoring.

But the great thing about making DNA sequencing technology more accessible is that people come up with other creative applications. How about art conservation? 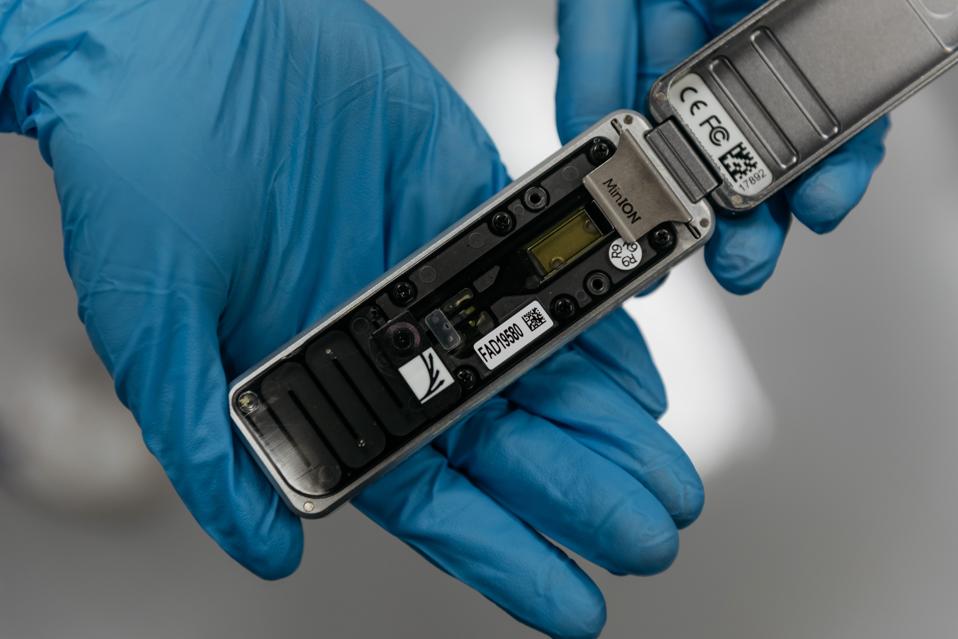 The handheld DNA sequencing device MinION (from Oxford Nanopore) makes it possible to do genetic … [+] research without access to high-tech research facilities. A new study suggests that it can also be used for art conservation purposes. Photographer: Anthony Kwan/Bloomberg

If you keep items in storage in your garage or in a garden shed, you know that things can get moldy over time. The same thing can happen to art that’s stored under suboptimal conditions, or to protected cultural heritage sites exposed to years of weather, damp, air and other ways for microorganisms to get in. But while you can just throw out your moldy camping gear, curators of heritage works and unique art objects have to carefully remove any microbe infestations without damaging the art. And first, they need to know what they’re dealing with.

One way to identify what microbes are growing on art and historic cultural objects is to take a sample of the surface growth and do a genetic test to find out what species it is. This is becoming a popular method of identifying what’s damaging cultural heritage sites, but it’s not without problems. The standard protocols for genetic sequencing are designed for laboratory settings, not for museums.

But a group of biotechnologists at the University of Natural Resources and Life Sciences (BOKU) in Vienna thinks they might have the answer. They realised that the same MinION DNA sequencer that is widely used in global health research could also identify microbes growing on cultural heritage pieces.

In a paper published in the journal International Biodeterioration & Biodegradation they describe how they tested samples from two oil paintings and used the handheld DNA sequencer to identify what was growing on the surface. One painting was the 18th century painting “boy holding a dog” by Johann Georg de Hamilton, which had spent years hanging in the room of Eckartsau hunting lodge in Austria and had started to show cracks in the surface. 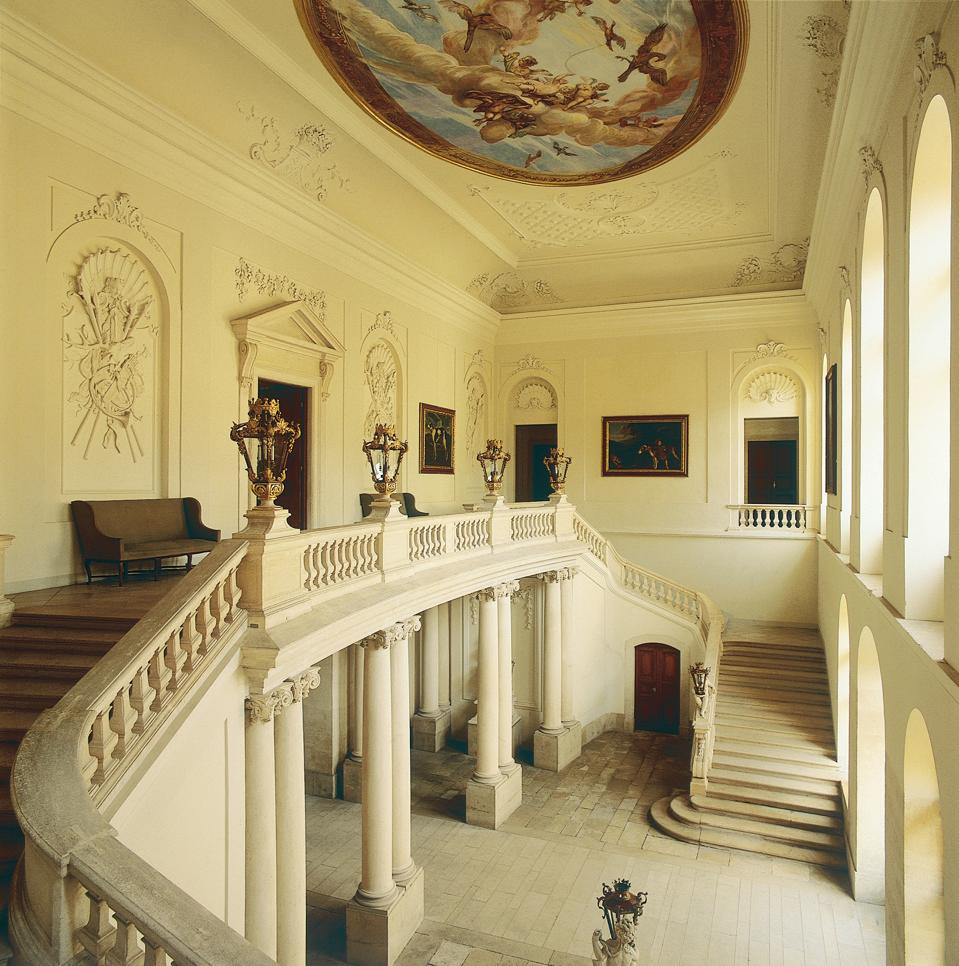 Schloss Eckartsau in Lower Austria is the hunting lodge where one of the paintings had been on … [+] display until renovations in 2018.

The other painting is a portrait of a girl found in the storage room of a museum located in the attic of a 13th century monastery. Unsurprisingly, that was not the most ideal storage location, as the painting had started to show visible signs of mold.

When they used the small genetic sequencing device to analyse cotton swab samples of both paintings, they were able to show that both of the paintings had a wide variety of microbes growing on the surface. Some types of bacteria and fungi were present on both artworks. But they could also see that there were clear differences between what was growing on the two paintings. They were able to identify the main fungus found on the moldy portrait and confirmed that it was the same as already detected on some other works from the same storage room. They also found several bacteria that were only present on the cracked painting of the boy with the dog – and they found a lot of evidence of people handling this painting over the years.

This was just a test to see if the MinION device would be able to identify microbes from art works. If others are able to easily reproduce the procedure, perhaps this small handheld genetic sequencer will soon make its way into museums and cultural heritage sites.

How Brands Need To Adapt To A Changing Landscape

Sunday’s NASCAR Racing Results If There Were Self-Driving...

Harley Quinn’s ‘Birds Of Prey’ Is As Good...