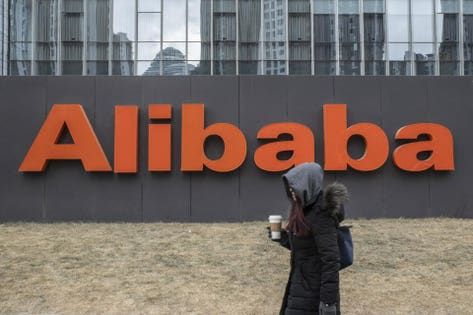 European expansion will not come easily for the Alibaba’s new platform for local brands and sellers, AliExpress. The platform has started a drive to open the site to local brands as it tries to replicate a highly profitable model of virtual malls that have achieved over half of its on-line sales in China.

According to Reuters AliExpress is undercutting Amazon’s sellers’ fees to attract vendors but so far had had mixed results. The initial effort will be in Spain and Italy as well as Russia and Turkey.

A large number of small businesses have joined the European platform of Alibaba called AliExpress. However, some significant and larger brands have not joined the platform.  Mango, Benetton and Tendam who owns Cortefeld had been approached, but did not feel that the site was the right showcase for them. A broad array of merchandise including cheap mini-skirts and acrylic sweaters at very low prices will challenge the participation of well-branded retail companies.

One large fashion company said that their brand needed an “aspirational environment”. However, the general manager of AliExpress, Wang Mingqiang, told Reuters that foreign brands need time to understand the platform. With space to design their own stores within the platform, brands can build their own homepage, with pictures and video, to create the feeling they want. He feels the environment can be created by each brand.

Spain also has many strong local brands. Alibaba is trying to win in that market to meet Alibaba’s CEO Daniel Zhang’s target to double the company’s customer base to 2 billion by 2036. There could be obstacles to achieve that goal, so the company, in order to attract business, has become very aggressive by waving monthly rates for sellers in Spain and commissions for goods sold are set at 5% to 8% compared to 7% to 15% at Amazon. (8,000 small businesses sold on Amazon in 2018.)

AliExpress says that thousands of small business have signed up on its platform since it was opened in 2019. It is encouraging that El Corte Ingles, the huge department store chain, said it would be on the platform with seven fashion lines. The cosmetic start-up La Tour also began selling on AliExpress in 2019.

“Never give up. Today is hard, tomorrow will be worse, but the day after tomorrow will be sunshine.”  This statement by John Ma, the richest man in China and the founder of Alibaba Group underpins the realistic optimism that drives this company.

John Ma has no background in computers or technology.  Despite this, Alibaba is the fastest growing e-commerce market. John Ma left his position as CEO in September 2019, but remains as member of the Alibaba Partnership, a 36-member group with the right to nominate a majority of the company’s board of directors.  He is clearly a man willing to surround himself with colleges of great experience and expertise.

Alibaba’s ability to market the new AliExpress platform aggressively will lead to increasing market share in Europe.  Amazon will find that the new competition is real.

How To Avoid The Highest Penalty In The Tax Code