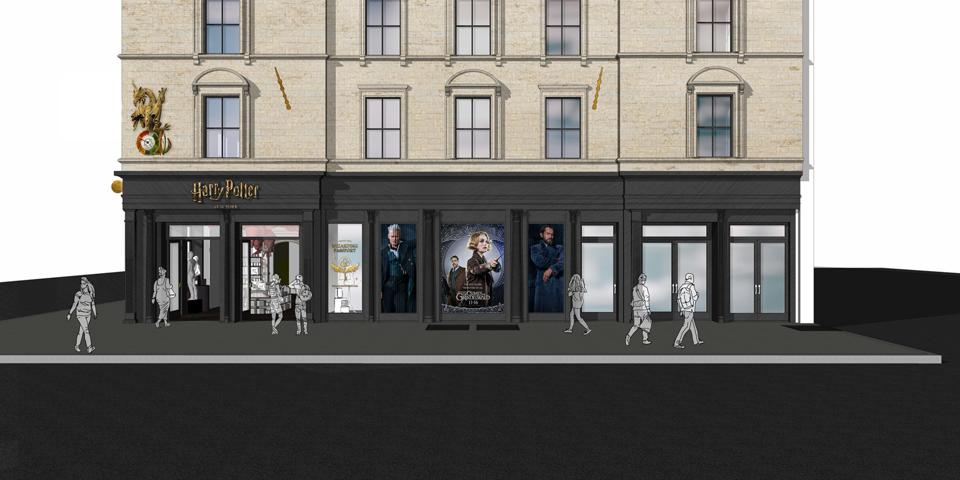 An early rendering of what the exterior of the flagship store in New York’s iconic Flatiron District … [+] is expected to loom look. It is not final and is subject to change.

It’s been over 20 years since Harry Potter first cast a spell over readers.

In 2020, his Wizarding World is a multibillion-dollar franchise, and it’s hoped he can perform retail magic when the world’s first official Harry Potter flagship store throws open its doors in New York this summer.

“Following the success of the Warner Bros. Studio Tours in London, England, and Hollywood, California, we’ve decided to build on our experience of visitor engagement, customer service, and innovative merchandise to launch a brand-new division specializing in experiential retail.”

The first Wizarding World retail proposition, the Harry Potter Shop at Platform 9¾ within King’s Cross Station in London, England, opened in 2012. The Warner Bros. Studio Tours, actually located just north of the city in Leavesden, Hertfordshire, opened to the public the same year. Since then, it has welcomed over 13 million people.

Covering over 20,000 square feet, Harry Potter New York, located at 935 Broadway, New York, is the first standalone retail proposition for the Wizarding World brand outside of the United Kingdom. It’s a large footprint in a prime location at a time when others are shuttering or shying away from brick-and-mortar presences.

However, Roots, in her first interview since the project was announced, seemed confident that Potter’s popularity can withstand the trend. She explained: “The nature of the franchise with all of its magic and wonder is something that translates so well to a physical environment where fans feel like they’re really stepping into this world and creating their own memorable experiences.”

She added: “New York City has a really engaged Wizarding World fan base. New York also attracts millions of tourists, and we look forward to welcoming them to the first flagship store later this year.”

“With its unique architecture and rich history, 935 Broadway, a beautiful building in the vibrant Flatiron District, felt like the perfect fit. With the movie Fantastic Beasts and Where to Find Them set in 1920s New York, the city has a history of magical involvement.” 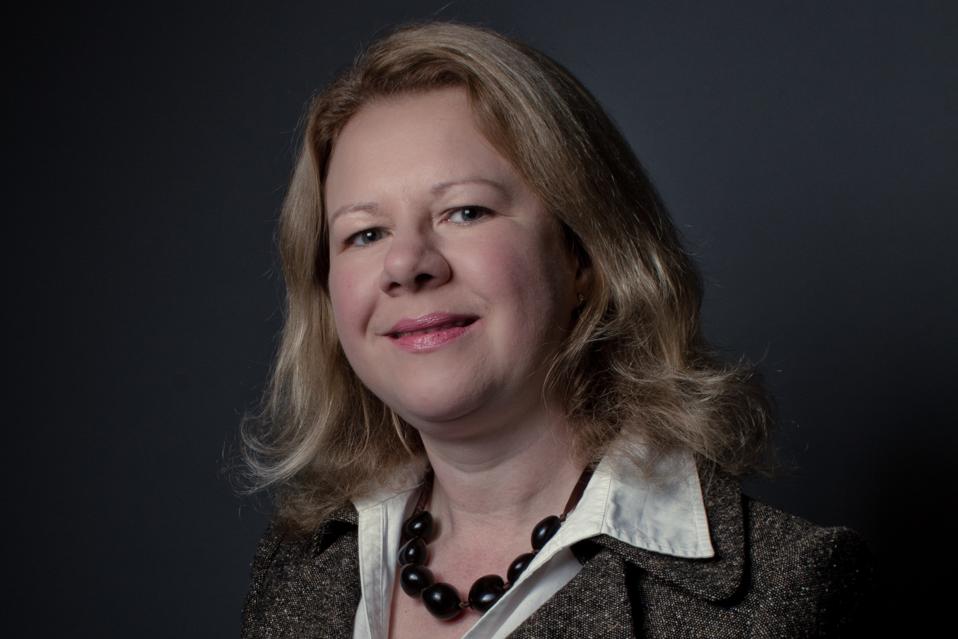 To date, the Harry Potter and Fantastic Beasts movies have grossed over $9.1 billion at the global box office. Despite diminishing box office returns on the films, three more are on the way. Elsewhere, the Wizarding World brand continues to expand with acclaimed stage shows, with long and celebrated runs on both Broadway and in London’s West End, theme park attractions, and video games. The physical presence of the brand shows no signs of subsiding.

“Harry Potter New York represents a significant investment into a new business venture focusing on innovative retail and fan experiences in one of the city’s most iconic and historic areas,” Roots said ahead of a meeting with officials regarding the store’s façade and historical integrity.

She added: “Maintaining the history of the building while embracing the more magical elements of the Wizarding World was an exciting challenge for our architects, and we’re confident the store will bring something special to the area.”

With a retail presence in London, England, and soon a flagship store in New York, should we expect Harry Potter shop-portunities to appear in other key markets?

“At the moment, we’re focused and working hard on opening our first-ever flagship Harry Potter store in New York,” Roots responded, diplomatically. “Harry Potter is a globally loved franchise with a huge fan base all over the world, so the main criteria for us is making sure we deliver the best, most authentic experience we can.”

Will A Recession In 2020 Matter To College Sports?

US Warns American Travelers For Extreme Caution On...

This Week In Credit Card News: Your Card’s...