Breaking
How The US Department Of Health & Human...
Why Do Chinese Companies List Their Shares In...
Can You Get Covid-19 Coronavirus From Food? Frozen...
Winklevoss Twins Tell Bar Stool’s Dave Portnoy To...
Berkshire Hathaway Doubles Down On Net Lease REIT,...
70% Of Americans: Ban Foreign Apps
This Week In Credit Card News: Pandemic Brings...
Three ‘Big Impact’ Surprises That Could Slam Stocks,...
Quantum Computing: What Does It Mean For AI...
5 Questions With Jonathan ‘Magar’ Martinez Cannabis Curing...
5 Concise Questions With Jonathan “Magar” Martinez Cannabis...
Lessons From The Frontlines: Preparing A Global Vaccine...
Behind The Curtain—Chapter 11 From The Inside—Chapter 4—First...
What To Look For In A Nursing Home...
Apple’s Radical iPhone 12 Upgrade Suddenly Confirmed
5 TikTok Growth Hacks You Need To Know
Home Business Can High-Quality Production Amp A Live Stream? Newcomer FanTracks Tests The Water With Bush Concert
Business 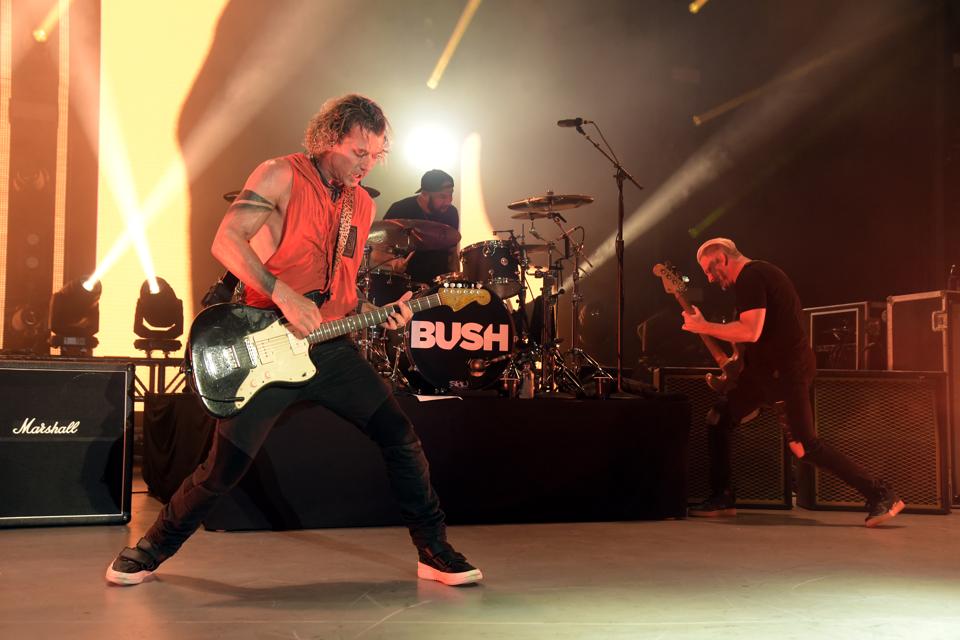 A live-streamed concert by British rock group Bush to promote the band’s new album “The Kingdom” marks the inaugural outing for FanTracks, the latest company to dive into the live-stream waters that have become the new normal in the music industry.

The company, founded by live event TV producer Barry Summers and Ty Roberts, former CTO of Universal Music UVV and co-founder of Gracenote, is banking on its focus on production quality and amped fan engagement to boost it in a field that’s suddenly gotten exponentially crowded.

The concert, slated to Saturday, July 18 at 9p ET on the band’s official website, will be preceded by a panel conversation hosted by DJ and TV personality Matt Pinfield (MTV, VH1), and wrap with an after-party where select fans will get to chat with the musicians in real time. Premium content and signed merch are also in the mix.

Summers says the production, emanating from the company’s multimillion-dollar Burbank-based studio and comprising mixed reality technology, “will make our shows unlike any other live concert experience.”

Fans will be able to choose among a variety of camera angles during the show, as well as mix audio during the concert. For audiophiles, FanTracks Sonic 360 offers premium 24-bit rate sound, and the concert will be available in 4K HDR formats for the home theater experience and compatible with any device and limited at home bandwidth connections.

The crown jewel, he says, is FanTracks’ patented audio technology Crowd Road. The voice channel “allows fans to cheer for the band, and the band will hear the crowd in real time, providing the most important element, the sound of a roaring crowd integrated throughout the live show-which is clearly what’s lacking on all virtual live stream concerts,” Summers says.

Whether or not disparate fans will be roaring from their living rooms remains to be seen, but the concept of elevating the party atmosphere associated with live shows is intriguing, both from fan and artist perspective.

FanTracks hopes that intrigue is enough to drive fans to its nascent subscription platform for the Bush show and others to follow. Anyone who signs up at FanTracks.com for the $2.99-a-month subscription gets access to all concert elements and options.

Summers says he anticipates the platform will hit 2 million subscribers within its first 24 months. “Everything has changed since Covid,” he says. “Live Nation and AEG are paralyzed and with the global pandemic that shut down the entire concert industry, we wanted to create an opportunity for artists to connect with fans on a more intimate level and throw out a life raft to the artists with families that lost their tour income and provide a short term and long term solution to generate new income while staying connected with their fans during these tumultuous times.”

The revenue stream for artists is based on an income-sharing system. Summer says the company provides a “360 syndication model that will generate significant short-term and long-term income. We operate under a studio model and we share revenue with artists, which become a long-term annuity for all members of the band.”