Breaking
How To Get Your Startup Business Off The...
How To Create A COVID Safe Construction Site
How to Make a Good First Impression at...
Plan To Buy An Electric Car? Is A...
Covid-19 Death Toll In U.S. Passes 200,000
Apple iOS 14 Has 25 Great Secret Features
5 Decisions That Will Increase Your Chances Of...
Coronavirus Is Shaping Up To Be Very Bad...
TikTok: Why Is Everyone In A Tizzy?
Is It Time For A Bank For Women?
As Israel Locks Down, Its Health Tech Sector...
California Increases Homestead Exemption In New Legislation
Buying The Bulge Is Dangerous
5 Strange Things Happening Right Now In The...
The Best Blogging Platforms (In-Depth Review)
How Will The Coronavirus Impact Your Finances?
How Xbox Series X Will Attempt To Avoid...
Virgin Orbit Seeking Over $100 Million As ‘Jaw...
How To Develop The Confidence To Launch A...
Home Finance Can Macron Revive France After Bastille Day?
Finance 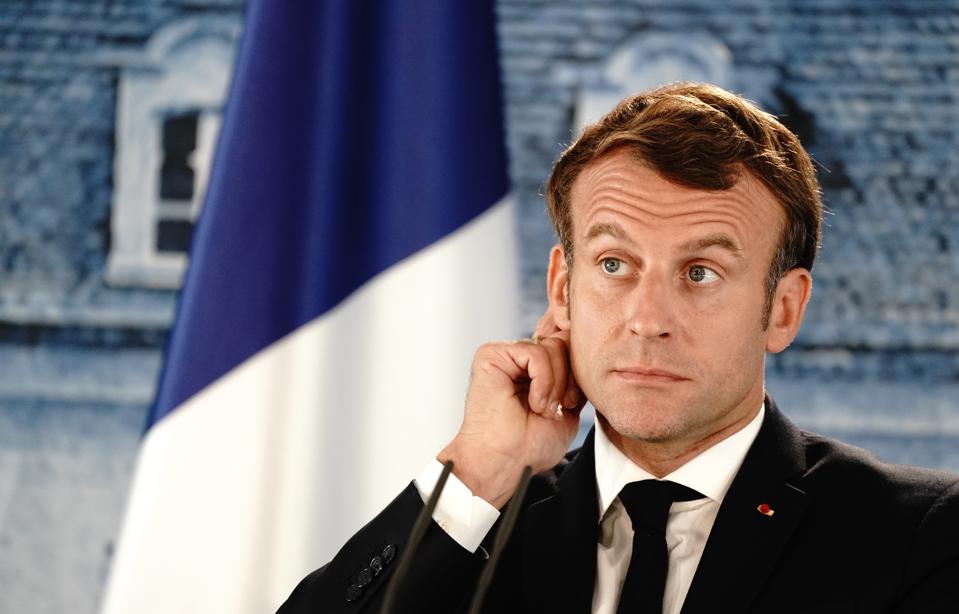 I confess that on more than one occasion that I have joked to French friends that ‘Sully’ (Maximilien de Bethune, Duke of Sully) the chief minister of France for twenty years around the turn of the seventeenth century is an ancestor of mine. Most are unimpressed, and American friends suggest I would be better off being related to the other ‘Sully’ (Captain Chesley Sullenberger the US Airways pilot who famously landed his plane on the River Hudson).

Sully, the elder that is, is worth pondering for two reasons. First, he was one of the longest standing holders of the office of prime (chief) minister of France, and secondly, he was the architect of some of the early, institutional apparatus that forms France’s highly centralized system of government. Both of these elements are now in focus with the replacement of Edouard Philippe as prime minister by Jean Castex.

With many other senior ministers still in place, the removal of Edouard Philippe is a political statement by Emmanuel Macron that he and he alone is the captain of the ship of state, with M Castex in the boiler room running the complex machinery of the country. For his part, M Philippe, now mayor of Le Havre, may spend his spare time writing (check out ‘Dans l’Ombre’ written with Gilles Boyer) and cultivating a network of regional support that might equip him to challenge Macron for the Presidency. If so, it will be an enthralling battle.

However, there are other reasons to focus on France, not least next week’s 14th July celebration.

From a European point of view, a lot rests on the collective views and behavior of the French government – which in a country with relatively tame inequality, is one of the most elitist and homogenous in terms of personnel and thought process. There are maybe three challenges to watch.

The first is Europe. With the French-German political engine now whirring again, the approaching end of the Merkel era and the long running absence of a strong German foreign policy, Quai d’Orsay will be the driving force behind EU foreign policy. This is a positive given the policy energy of Macron and the unambiguously pro-European stance of his administration. It will be problematic in the sense that France, as Europe’s military power and a UN Security Council seat holder, also prosecutes its own foreign policy – notably on Russia and Libya.

In this way, France must decide whether it is what I’ll call a ‘great’ country or a ‘strong’ country. ‘Great’ countries have had or desire empires, they have nuclear missiles and soldiers stationed abroad. Their foreign policy is grand, ambitious and causes headaches for other nations. The US, China, Britain and Russia fall into this category. France is easily a peer of theirs.

‘Strong’ countries are the poster children of the post-coronavirus era. They are generally well lead, but not bumptiously so. They value public goods like education and healthcare, have well thought out tax and welfare systems, and are resilient to shocks. Norway, Singapore and New Zealand are in this category, and France might wheedle its way in too if we consider factors such as its state lead approach to innovation.

To draw these strands together, France’s challenge is to make Europe more ‘great’ and itself more ‘strong’, especially in the sense of opening itself up to and integrating more diverse influences. Corporate France is an example, very few women and few foreigners run French companies – unlike say the UK. This is just one rigidity in the French system. Another is a groupthink across the state on the Cartesian need for uniformity. This is dangerous when applied beyond French borders on the European stage.

The mantra that there should be a common fiscal policy amongst nineteen very different euro-zone countries risks handicapping many and robbing the system of the flexibility it needs in the context of a common monetary policy. Moreover, as a mantra it allows policy makers to be blind to the reality that mounting debt loads and perennially weak fiscal deficits have made the fiscal rules of the euro-zone meaningless, to the point that they are replaced by the ‘rule-all’ policy of the ECB.

If Emmanuel Macron is a revolutionary politician, as he tells us, then his economic policy must do at least two things. The first is to reduce debt – here the sale of state assets is perhaps less unpopular than cutting state spending. The second, more important one is to cultivate the narrative that economic growth is positive and necessary. France’s lack of growth (trend growth over the last ten years is just above 1% ) is perhaps the one thing that distinguishes it from ‘great’ countries (e.g China, US) and ‘strong’ ones (i.e. Ireland, Singapore and New Zealand. Macron’s policies to help entrepreneurs for example are meaningful, though underestimated beyond France. He now needs to redouble his efforts.

The Duc de Sully took twelve years to turn around the French economy (1598-1610), Emmanuel Macron has two years left to secure a rebound.