Breaking
How to Get Results from Broken Link Building
Florida Supreme Court Tells The American Bar Association...
How to Write Perfect Paid Social Media Marketing...
How Restaurants Can Design a More Sustainable Food...
Expenses That Small Business Owners Need to Be...
How You Can Make Saying Goodbye To The...
Biden To Meet Royal Family At Cornwall’s Eden...
It’s Going To Be Emotional — Going International...
Peer Mentoring For Students: STEM & Buds
7 PR Trends in 2021: The Story So...
Google Plans Radical New Google Pixel Smartphone Upgrade
Where Did COVID Come From?
Ride To Growth With A Business Vehicle
C3.ai’s Tom Siebel: How To Scale AI
Moz Acquired by iContact Marketing Corp
10 Examples of Brands Using TikTok Stitch and...
Home Finance Can The Post Office Cut Its Retiree Healthcare Costs?
Finance

Can The Post Office Cut Its Retiree Healthcare Costs? 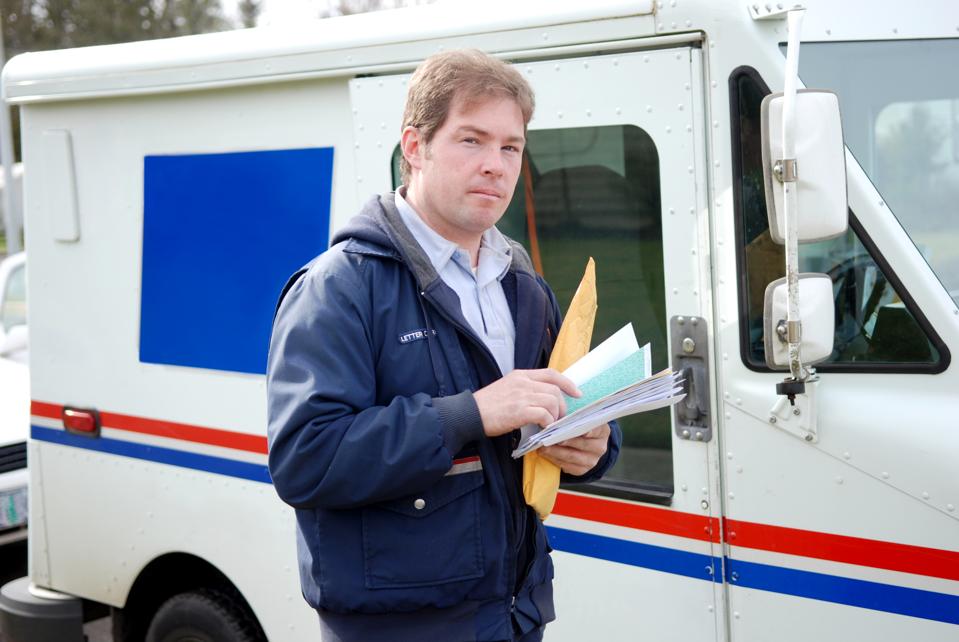 At the conclusion to my prior article, I observed that all the discussion about whether and how the Post Office should be pre-funding its retiree medical costs, is begging the question, and that we need to be asking, “why are those costs so high in the first place?”

And, again, one of the reasons why the USPS was required to fund its retiree healthcare in advance was that it can’t eliminate the liability absent a literal Act of Congress. But another issue is that its liabilities in this respect are substantially higher than in the private sector.

So let’s start with some comparisons, based on the USPS’s 2019 10-K reports and the annual reports for UPS and FedEx FDX , in a summary table: 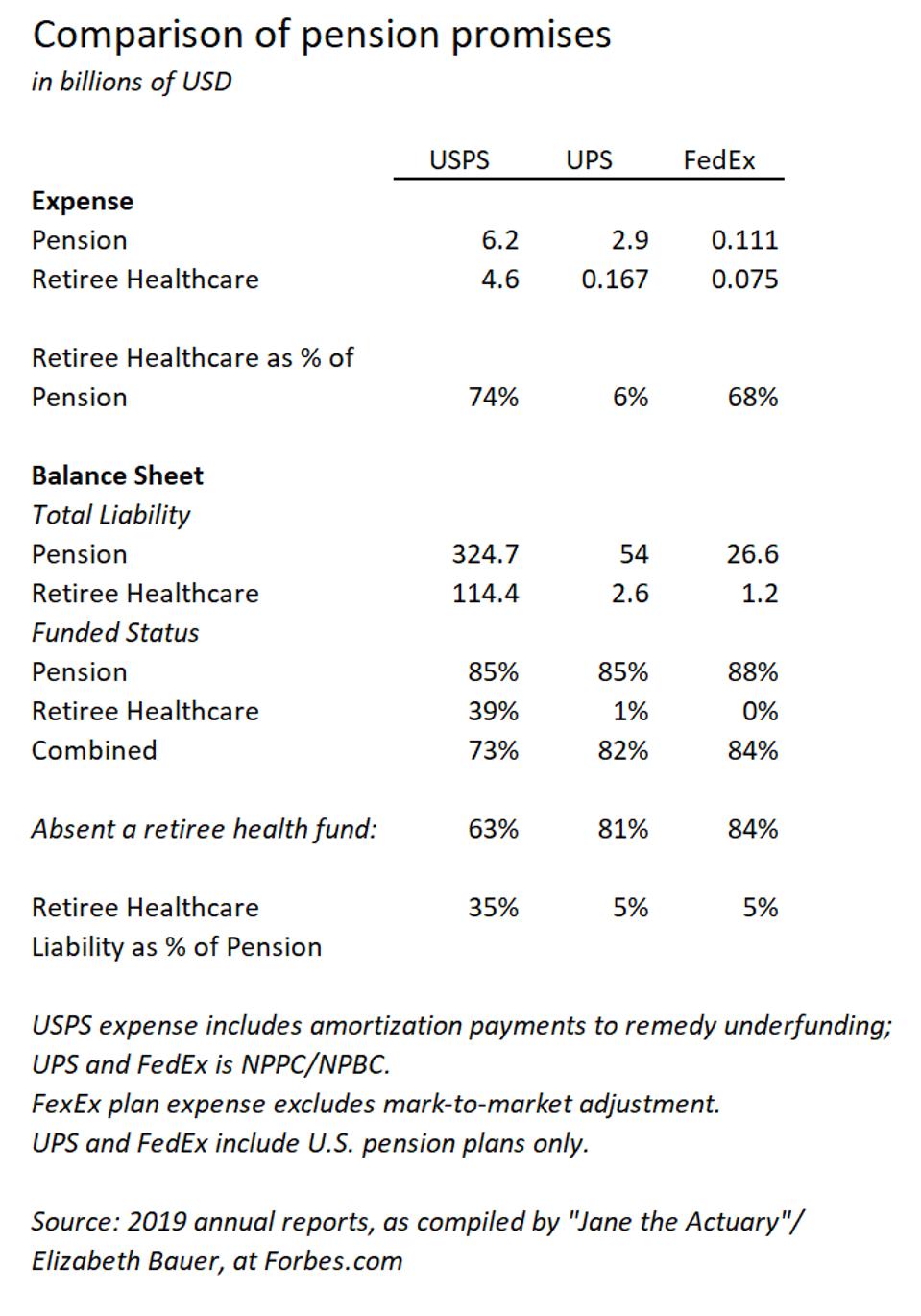 Both of UPS’s package-delivery competitors have significant pension liabilities, and all three companies have pension plans that are funded at nearly the same level.

Which means that, again, we can likely agree that Congress should have stretched out the funding schedule once the Post Office’s woes became apparent in the wake of the recession and the transition away from paper mail, but that there is a strong case for requiring prefunding of retiree healthcare at the USPS.

So, again, why are healthcare benefits so high?

In the first place, it is simply the case that USPS employees retain the same retiree healthcare benefits as (all other) federal employees (the FEHB, Federal Employees Health Benefits), and those benefits are far more generous than in the private sector. In the private sector, it is much more the norm for employers to offer healthcare benefits to retirees at cost, in the increasingly-rare case that they do so at all. Federal retirees, on the other hand, are able to continue their benefits at the same cost as for current employees, that is, retaining the same employer subsidies. For those workers who have not reached Medicare eligibility, this is a great bargain for retirees, and extremely expensive for the government/the Post Office.

Once workers reach Medicare eligibility, there is a further wrinkle: each retiree has the option to elect or decline Medicare Part B coverage. If the retiree elects Part B and maintains their USPS-provided health insurance, then the USPS plan functions like a “Medicare supplement” or “Medigap” plan that private-sector retirees are accustomed to buying on their own, filling in the gaps that Medicare doesn’t cover. But if a retiree chooses not to pay for Part B, then the USPS is on the hook for the entirety of these benefits (other than copays); that’s very different than a private-sector postretirement healthcare plan which requires Part B enrollment and only functions as a supplement (or carve-out) benefit. In addition, the USPS/FEHB benefits cover drugs as well, eliminating the cost of a Part D drug benefit. (For more details, see the following links at the OPM website: “Coordination of Medicare and FEHB Benefits,” “Eligibility,” and “Compare 2020 Plans.”)

But if they elect to forgo the Part B enrollment, then the entirety of that retiree’s benefits are covered by the FEHB. Recall that Part B premium’s are set at 25% of the total cost of Part B services. This means that the “value” of the Medicare system’s premium subsidy is lost with respect to federal retirees. For a retiree in most government agencies, this isn’t the end of the world — it hampers the government’s ability to properly assign costs to one government agency or another vs. to the Medicare program, and, near and dear to an actuary’s heart, prevents the proper calculation of liabilities attributable to employment vs. via social insurance, but fine.

But for the Post Office, which reports its annual expenses and balance sheet according to the norms of the private-sector world, this does matter. Efforts to remedy this have been proposed, for example, the Postal Service Reform Act of 2018, which would have required that all retirees participate in Medicare Part B and Part D; this legislation was opposed by the National Active and Retired Federal Employees Association (NARFE) and died in Congress, as did a similar bill in the House the prior year. The proposal, in general terms if not that specific legislation, continues to be discussed (and the NARFE continues to oppose it), but one sticking point is that in existing proposals, the Part B/D premiums are a pure add-on cost, without any adjustment to the FEHB premiums retirees pay (which remain pegged to the active employee premiums).

And, again, it’s not that postal retirees are gaming the system – but the structure is nonetheless out of whack.

In other words, there ought to be a middle ground here — room for an alternate premium structure for Medicare retirees and yet an acknowledgement that the up-to-now generous benefit levels for retirees are simply not affordable going forward.

Finding Comfort (And Wine) On A Virtual Trip To Napa With Peter Mondavi Jr.