Home Business Cannes Film Festival Can Face A Year Without Revenue In Case Of Cancellation, But Can The Local Economy?
Business

Cannes Film Festival Can Face A Year Without Revenue In Case Of Cancellation, But Can The Local Economy? 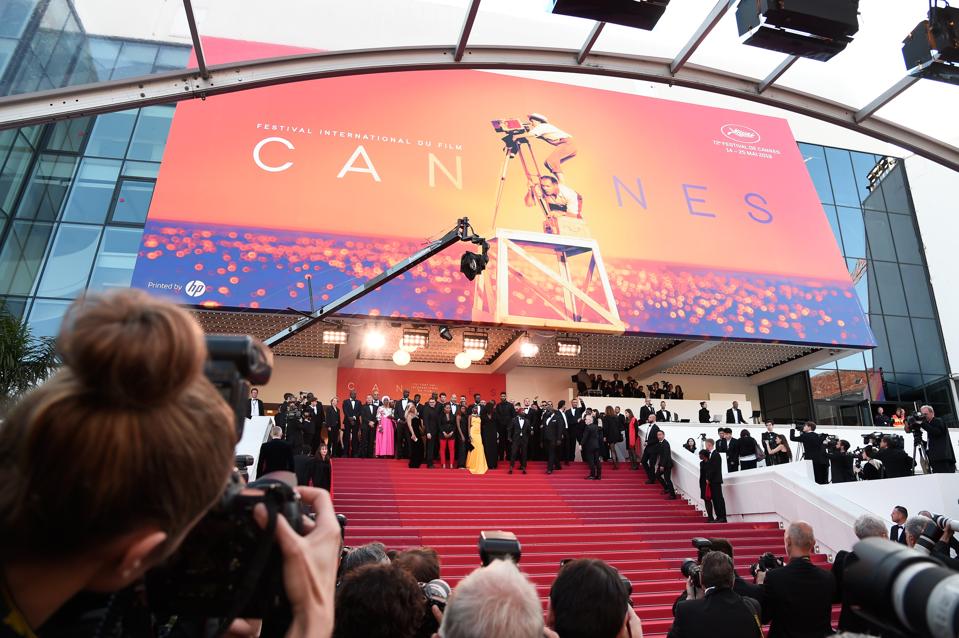 The premiere of the film ‘Les Miserables’ last year at the Cannes Film Festival on May 15, 2019 in … [+] Cannes, France. (Photo credit: Eamonn M. McCormack/Getty Images)

Amidst the growing coronavirus fears and restrictions, many film events and festivals across Europe due to take place this month have now been either postponed or cancelled. This raises concern as to what will happen to film industry’s biggest event, the Cannes Film Festival.

The Cannes Film Festival, which is scheduled to take place in May 12-23, so in two months, faces great uncertainty. In an interview for French newspaper Le Figaro, Cannes Film Festival president Pierre Lescure said they remained reasonably optimistic that the coronavirus outbreak would die out by the end of March.

Since Sunday March 8, the French government has restricted gatherings of more than 1000 people. If by the month of May, the government were to forbid all gatherings and demand the festival’s cancellation, Lescure assures that they would be able to cope a year without revenue thanks to the endowment funds the festival has.

According to Variety, the festival’s insurance company, Circle Group, had offered the festival to purchase a buy-back option covering epidemics and pandemics. Lescure explains that they decided to decline the offer as “they only offered to cover up to two million euros when our budget amounts to 32 million.” He added, “the company was clearly playing at being bounty hunters, and of course we declined their offer.”

The cancellation of the Film Festival would not only impact the organization but the whole city of Cannes. According to 20 minutes, the city of Cannes is facing a potential economic disaster. The city has already seen two major events being postponed (Mipim, an international real-estate market event; and Canneséries, a television series festival) and another cancelled (MipTv), meaning an incredible amount of revenue loss for hotels and caterers. The cancellation of all these events is a great strain on the local economy. The caterer Chez Ernest said he is set to lose 350,000 euros of revenue with the postponement of Mipim. The mayor, David Lisnard, has called on the government to help, as Cannes faces “a social and economic disaster in its tourism sector.”

According to Variety, the Cannes Film Festival is preparing to downsize the event and limit audiences in auditoriums, in case the 1000 people gatherings restrictions, due to expire on April 15, is maintained longer. This is, of course, if the whole country of France is not placed under quarantine, as is the case for Italy now.

One solution to the pandemic restrictions is for festivals to go digital. The Danish CPH:DOX Documentary Festival have decided to do just that. In a statement issued following the announcement from the Danish Government on March 11 of further public gathering restrictions, the festival has cancelled the +700 screenings planned, and have now partnered with the streaming platform Festival Scope to make an online program.

The Danish festival still plans on having the six competition programs judged, but this will be done online by the appointed juries. The festival is also working toward the possibility of having the films reviewed and covered by Danish and international film critics. The statement also says that the CPH:DOX events, such as the co-production event CPH:FORUM, the five-day CPH:CONFERENCE, and the training activity CPH:LAB will be carried out digitally.

With Trump’s announcement of US travel suspension from countries in the Schengen zone in Europe for a month starting this Friday, festivals having to go digital seems more and more likely. For, if the coronavirus outbreak has not substantially receded by mid-April, and the travel suspension is extended, it seems unlikely that anyone from the U.S. will be able to travel to France to attend the Cannes Film Festival, unless they are willing to face the risk of being quarantined for 14 days before being allowed to fly back home.

Emilie Georges, founder of Memento Film International, told Variety, “no talent agent, producer or sales agent will allow (American stars) to travel amid a global health crisis and become liable in case someone gets infected with coronavirus. It could cost them millions of dollars in damages.”

While festivals going digital is a great temporary solution to the pandemic restrictions, it, however, does not make up for the economic loss on a local level of having these festival cancellations.

Microsoft D&I Strategy Is Growth Mindset In Action: A Conversation With Lindsay-Rae McIntyre

Bed Bath & Beyond Serves Up A Full...

This Nurse Tapped Her Passion For Beauty To...