Breaking
6 Questions To Practice Gratitude This Thanksgiving
Report: Facebook Tweaked News Feed After Election Day...
End The Month Strong With These Top Value...
From Maths Failure To Global Educator: How Knowledgehook...
What Will Customer Service Look Like In The...
‘Call Of Duty: Modern Warfare’ And ‘Warzone’ Season...
3 Lessons Startups Can Learn From Quibi’s Failure
You Aren’t An Imposter, No Matter What Your...
Altria Stock Up 30%; What’s Next?
5 Ways Essential Industries Allow Flexibility And Lower...
Kenyan Study Supports Impression That Covid-19 Spread Weaker...
Hyundai’s Hydrogen Car Ambitions Get A Boost From...
Ripple’s XRP Has More Than Doubled In Price...
John Kerry As Presidential Climate Envoy: Virtue Signaling...
Increased Risk Of Chronic Conditions Associated With Early...
Top ETFs This Week As Dow Ends Day...
Home General Caterpillar Takes ‘Pac-Man’ Into The Real World
General 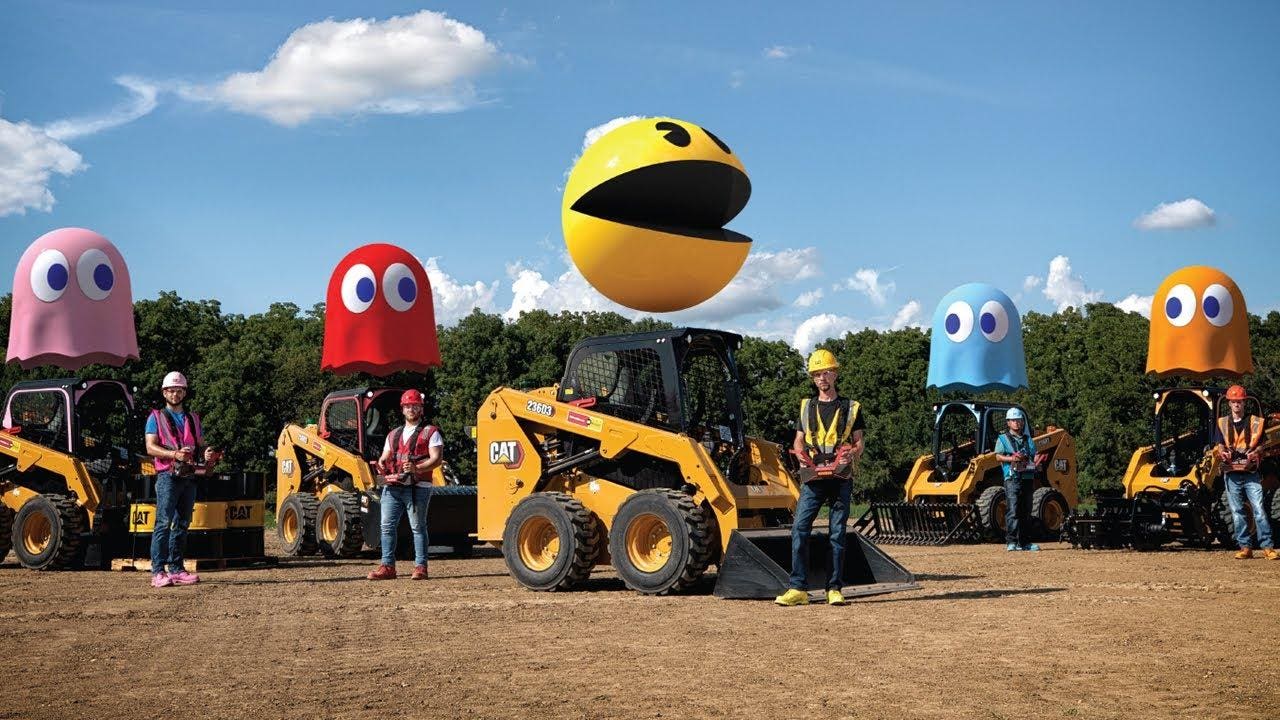 As this year marks the 40th anniversary of Pac-Man, the latest event to commemorate the classic arcade game has involved Caterpillar playing the game for real.

To make this happen wasn’t exactly trivial either. In that, recreating the arcade experience on a real-life construction site, Caterpillar utilized 6,880 yards of cut dirt from which to dig out the maze and berm (a horizontal surface acting as a fortification).

If this functional setup sounds familiar, that’s because this is pretty much how Pac-Man Vs. works. Naturally, if you want to give Pac-Man Vs. a try, then checkout Namco Museum on the Switch.

That aside, it looks like the people at Caterpillar had a lot of fun with this, not only with building the maze but also playing inside the results of their handiwork.

It does make you think though, as I doubt Toru Iwatani considered that back in 1980 his game would be played with loaders in a real world maze 40 years later.

In any case, check out Caterpillar’s site and hopefully this won’t be the last of the crazy stunts done to commemorate Pac-Man’s 40th birthday.

7 Signs You Have Found Your Calling

Why Hybrid Offices Could Turn Employees Against Each Other