Home Business Cathay Pacific Merger With Cathay Dragon Would Be Orderly, But Maybe Not In Order
Business

Cathay Pacific Merger With Cathay Dragon Would Be Orderly, But Maybe Not In Order

Yet where passenger perception matters most – mainland China – the relationship is reversed.

Dragon is the long-standing local brand, originally as Dragonair and more recently Cathay Dragon. It well predates Cathay Pacific, which was seen as the “other” airline part of better-known Dragon. Today, almost all of the group’s flights to mainland China are on Cathay Dragon.

Continuing the brand anachronism in a rapidly growing market makes change more difficult in the future. Cathay knows this and has worked around it. 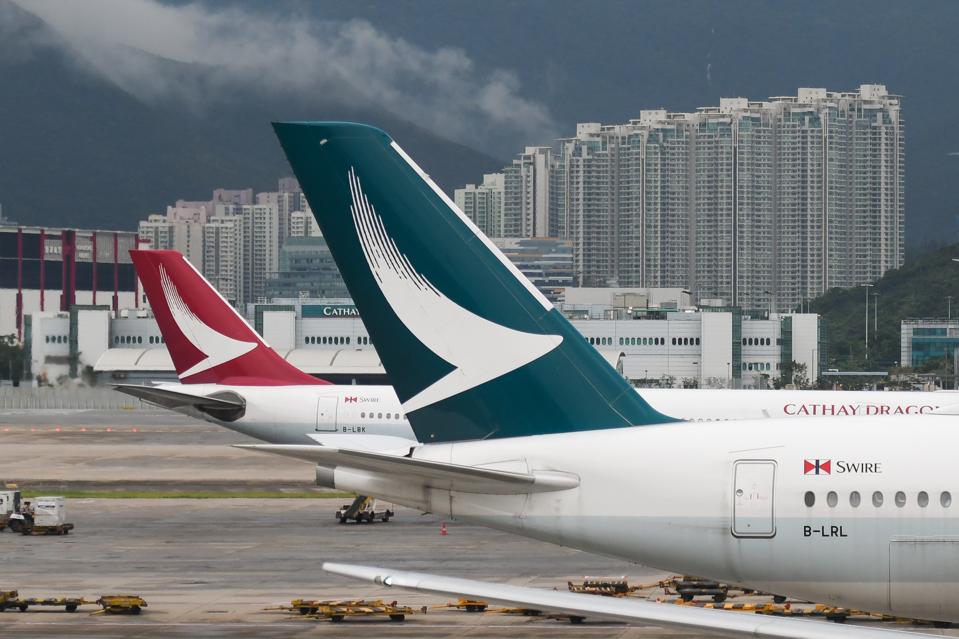 Flights are booked on one website. Aircraft have common interiors. Cathay Dragon has a CEO, Algernon Yau, but this is a formality. Yau’s day-to-day job is Director Service Delivery at Cathay Pacific.

These reduce costly duplication. The other typical merger benefit is scale and new opportunities – the whole is greater than the sum of its parts.

But Cathay Pacific and Dragon have integrated planning: which will start a new flight, schedule changes to support the other’s connections.

Merging the two would bring some gains but not the major changes needed for the post-COVID-19 market. Fleet and shareholder restructures continue.

The 2016 rebrand from Dragonair to Cathay Dragon should have been a merger, but there was regulatory uncertainty.

Foreign governments could turn protectionist, refusing to let Cathay Pacific use Dragon’s traffic rights and slots, even if Dragon is wholly-owned and effectively the same. Creative excuses would justify a review and ultimate denial.

Conveniently that could see Dragon lose access from certain Southeast Asian cities to a dozen-odd prime slots in Shanghai. No other non-mainland Chinese airline has as many Shanghai slots as Cathay does. It has more Beijing slots than some mainland airlines do. 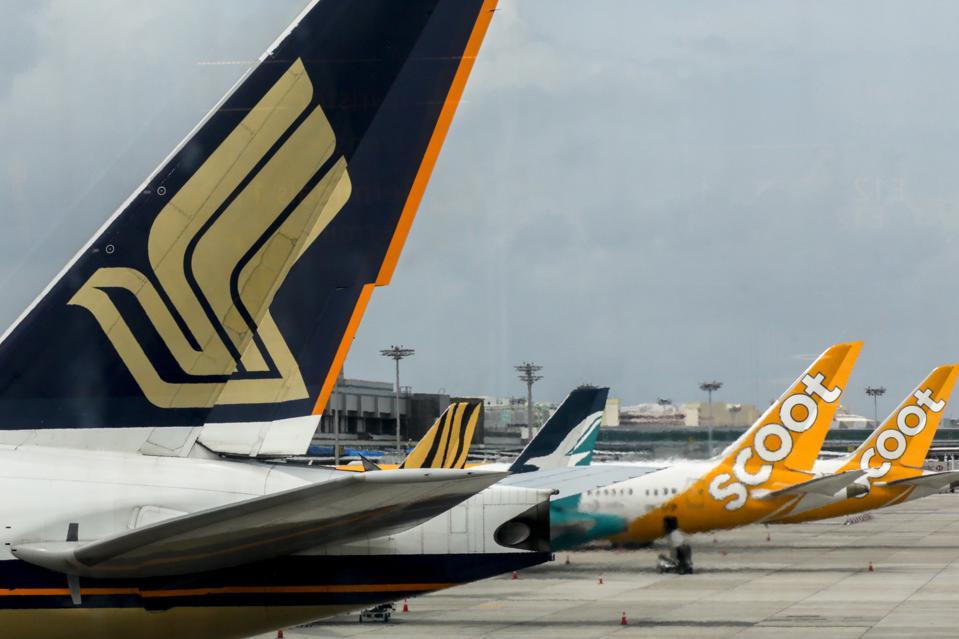 Other airline groups were concerned about aeropolitical consequences if they wanted to coordinate their different brands. Ultimately they overcame it, but there is no rulebook.

Singapore Airlines re-allocated routes and slots between its full-service and low-cost brand in numerous markets including China, India and Indonesia. Singapore Airlines expects to be able to merge with its Silk Air brand. 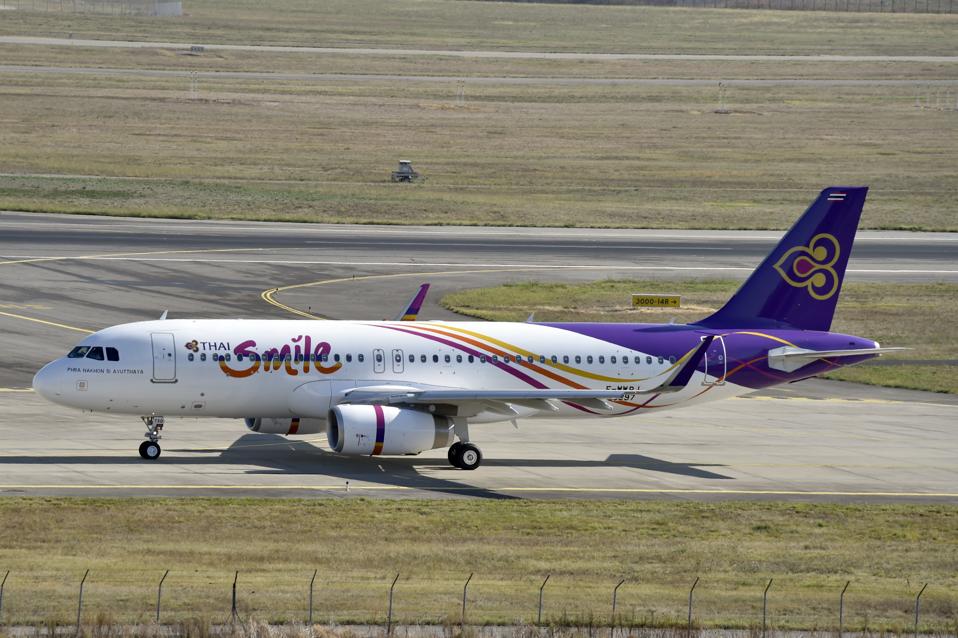 An Airbus A 320 Thai Smile aircraft maneuvers on the tarmac at the Toulouse-Blagnac airport on … [+] September 29, 2014. AFP PHOTO / PASCAL PAVANI (Photo credit should read PASCAL PAVANI/AFP via Getty Images)

Previous problems were not going to be forgotten after last year’s Hong Kong protests and mainland China’s disciplinary action against Cathay.

Those infractions now preclude a Cathay Pacific-Cathay Dragon merger, Reuters said. The reason is different but outcome the same: slots could be lost. 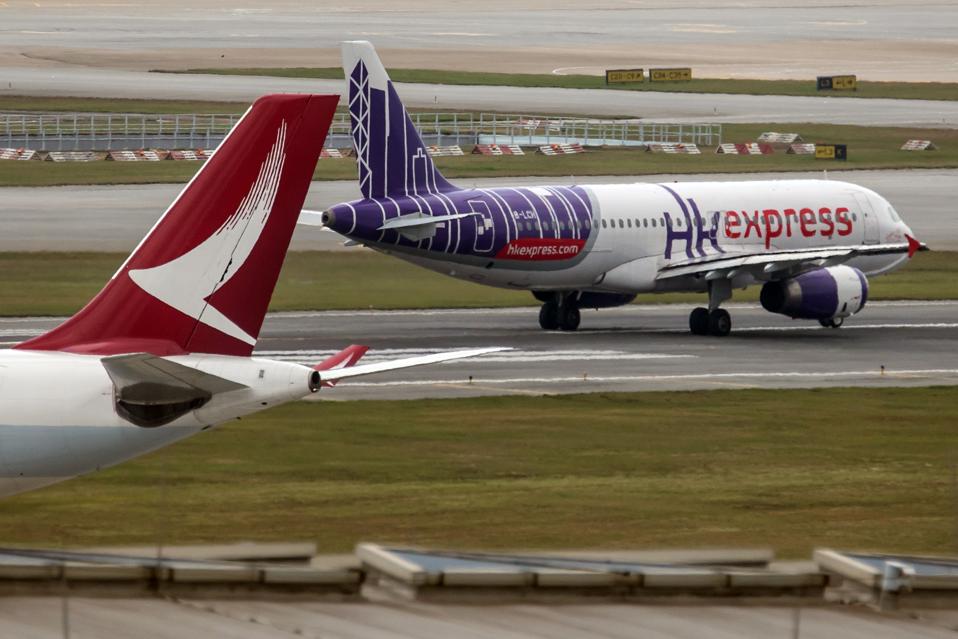 Not merging Cathay Pacific and Cathay Dragon is not a significant loss, although there is greater complexity from now having the low-cost HK Express brand.

Those unfamiliar to Cathay assume Dragon is a budget division – no, but we have one of those, too. AirAsia’s Tony Fernandes used to poke fun at Singapore Airlines having four brands.

Any Dragon efficiencies would ideally be preserved in a merger rather than lost to the highest common denominator. Staffing contracts vary between Cathay Pacific and Cathay Dragon, and having a unified crew would give some synergies.

As for the brand, the “Cathay Dragon” name and brushwing logo helps consumers transition from the Dragon they know to the Cathay that is the future.

The Best Companies For Corporate Culture In 2019

This Is Why Flights Are Still Operating From...

Teens On TikTok Are Trying To Save Barron...

Think You Know Energy And Climate? Take My...