Breaking
2021 CES Consumer Storage
Senator Marco Rubio Called Out Twitter For Its...
The False Narrative Of Bitcoin’s Role In Illicit...
Leading By Example Into The New Year
Why Ethereum Has Hit An All-Time High As...
How You Leave Will Shape Your Legacy
The Next Evolution Of Digital Mental Health Support
Paizo And Pinnacle Team Up For Savage Pathfinder
Mammoth U.S. Borrowing Needs Meet Lower Foreign Participation,...
This Leader’s Work To End The Organ Donation...
SAP BrandVoice: Re-Thinking Tax Reporting And Collection In...
What ‘Backs’ The Dollar? Easy: Production
How To Create A Bulletproof Patent
Here’s The Same Financial Advice Given To Mike...
How AI Is Being Used In The Legal...
Consumer Health And Wellness Needs Bring New Challenges...
Home Technology CBS 60 Minutes Segment About Amazon Only Tells Part Of The Story
Technology 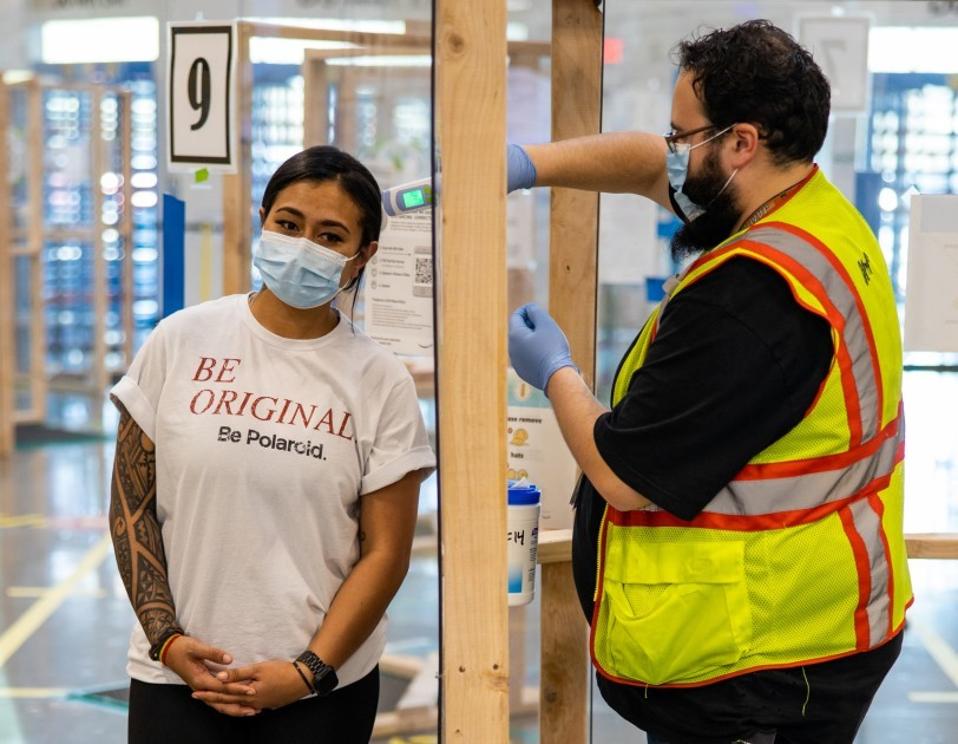 Amazon employee getting their temperature taken at work.

Today, I watched a 60 Minutes segment by Lesley Stahl on Amazon about the working conditions at its wide array of sites across the country. I thought it was classic 60 Minutes, starting off with a theory and then showing only what it can fit in 13 minutes that validates the show’s preconceived point of view. If you have watched 60 Minutes like I have for 40 years (yes, my mom and I used to watch it together as a kid), you know exactly what I am talking about.

Stahl kicks off the segment by saying, “Amazon is the second largest private employer in the country, headed by the richest man on earth.” We all know where this is going, right? She does fairly point out right after that “Amazon CEO Jeff Bezos committed an additional $4 billion, at least for COVID expenses, including more protections for his employees”, but, to me, it setup Amazon first as the huge profiteer “fat cat” that isn’t doing enough to keep workers safe. Stahl comes literally out and says, “But you have been very slow to install your workers protections. And it’s hurt your reputation. You’ve been seen as a company that puts profits ahead of people.”

This would all be great if it were a complete representation, which I believe is not. I do believe some are questioning if it prioritizes profits over people, I haven’t seen any data on its reputation, but disagree that it’s been categorically that it has been “slow”. My biggest beef was that the segment didn’t talk enough about what it was doing.

Timing is everything and last week after earnings, I wrote that Amazon is neither winning or profiting from COVID-19 with profits declining 31% and outlined some of the huge and impactful things the company was doing. I pointed out that since the outbreak, Amazon had:

All these improvements were being done at the same time it hired 175,000 extra employees for fulfillment and distribution centers. Think about that.

I have worked on assembly lines, milling and drilling shops and in warehouses in Ohio when I was a high school and college student and I was impressed with the speed and breadth of what the company has done in so little time. I believe the company has done a lot to increase safety for workers and has gone an extra mile for customers. I am not saying the company is perfect. And by the way neither is Amazon. Even Dave Clark, head of Amazon Operations said in the segment, “ ..do I wish we were perfect from the day one? Of course.” I believe Amazon has learned a lot from what they have done and are continuing to take action like they have done in their businesses for decades.

Net-net, I think the Sixty Minutes segment on Amazon only told part of the story. While I appreciate that there’s only so much that can be done in 13 minutes, I also believe when an angle of the story was as it was, it’s important to show everything that the company was doing to keep its workers and customers safe.

A Trump, China, And Coronavirus Perfect Storm Could Destroy The U.S. Dollar