Breaking
Why businesses should prioritise Cyber Security
What You And Your RTO Business Need To...
4 SEO Trends for Websites You Should Not...
3 Reasons Why Desk Booking Is Rising In...
8 Tips to Play & Win at Online...
How can software benefit facility management?
Do Professional Casino Players Pay Taxes for the...
Becoming a Trading Expert: What Is the Best...
Dos and Don’ts for B2B Organisations in 2022
Should your business be using Machine Vision?
Colour Masterbatch vs Raw Pigments – Which Is...
Keeping your business moving as you expand online
Top Four Celebrities Who’ve Invested In Cryptocurrency
Why is Cloud Computing Tipped to be the...
How to Raise Money for Non-profit Organizations in...
Choosing the right theme for your WordPress Business...
Home Business Celebrities Cheer Biden’s Choice Of Kamala Harris As Running Mate
Business 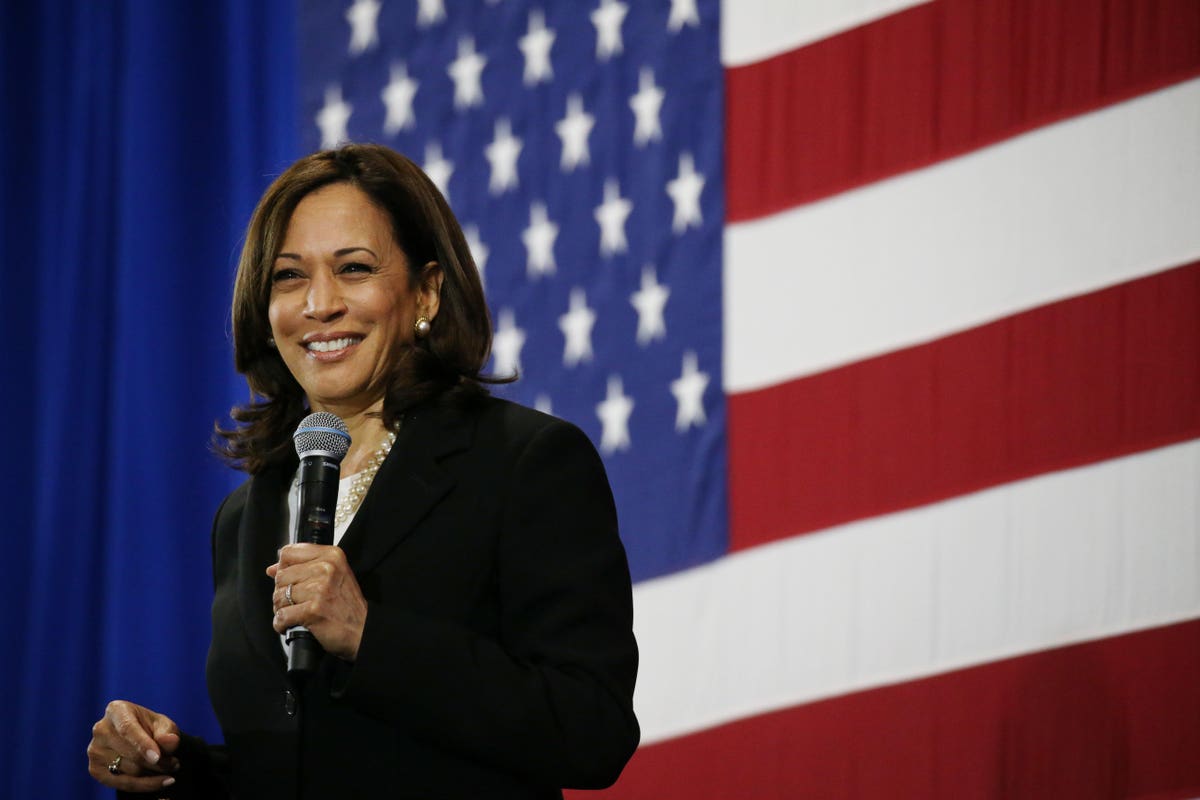 Singer John Legend tweeted his congratulations and said he is “very much looking forward to voting for the Biden-Harris ticket to begin the difficult work of recovering from this nightmare presidency and building an even better future.”

Actress Mindy Kaling tweeted that it is an exciting day for the entire country and “especially for my Black and Indian sisters” many of whom may not have thought someone who “looks like us” would hold office, adding she is “filled with hope and excitement.”

Actress Elizabeth Banks tweeted her congratulations to Harris and included a GIF of herself saying “Woo!”

Singer Pink retweeted a post congratulating Harris for being the third woman and the first Black woman nominated for vice president and added, “Real actual tears of joy over here in the Hart household.”

Actress and Singer Mandy Moore tweeted “I can’t wait to vote for Biden/Harris 2020!!!”

Actress Whoopi Goldberg tweeted, “Let’s take care of her and make sure we are supportive of her because this is a no nonsense race and she is ready,” adding, “Go Kamala!!”

Model Chrissy Teigen tweeted her enthusiasm over the pick and excitement to vote.

Actress Sharon Stone tweeted,” I am thrilled for you and relieved and excited for our country.”

Basketball star LeBron James tweeted, “Love to see and support it,” adding that he appreciates Harris.

Singer Lance Bass called Harris “the perfect VP,” in a tweet and noted that she is “tough and with a huge heart.”

Maya Rudolph, who regularly plays Harris on SNL reacted to the news during an Entertainment Weekly panel and indicated she would be excited to reprise the role.

Actor John Cusack tweeted a video of Trump’s reaction to the news, in which he referred to Harris as “nasty.”

Actress Debra Messing tweeted, “Kamala Harris will go down in the history books,” adding, “She is the first Black woman and first woman of color to join to a major party presidential ticket in the US.”

Actress Sarah Paulson and comedian Amy Schumer tweeted, “The sexist and racist political attacks on @kamalaharris have already begun,” adding, “Let’s demand that the media keep these ignorant, bad-faith attacks out of their 2020 election coverage.”

Actress Kerry Washington tweeted, “Overwhelmed by this historic moment,” adding, “My heart is soaring for all the kids out there who see themselves in her and will dream bigger because of this.”

Actress Jessica Biel wrote in an Instagram post, “What a historic moment for women of color, little girls with big dreams, and mothers everywhere.”

Singer Cher tweeted, “THIS IS A GREAT DAY FOR AMERICA.”

Actress Julia Louis-Dreyfus, who played a vice president in Veep tweeted, “I have no joke to tweet,” adding, “Simply thrilled.”

Comedian Chris Redd tweeted, “Aye Trump, whatever nicknames you and your band of dummies are workshopping for Kamala Harris you better TREAD LIGHTLY!!”

Comedian Samantha Bee tweeted, “Let her reign,” and a GIF of Harris being covered in confetti.

Actress America Ferrera posted a photo with Harris on Instagram and wrote, “Glad to have this smart as hell, insanely competent leader on the 2020 ticket.”

Podcast host Jemele Hill tweeted, “This is historic,” adding that the selection is “just a continuation of Black women walking into their power.”

Actress Rita Moreno tweeted, “So proud and so excited at Kamala Harris’s naming by our future president, Joe Biden!”

Journalist Gretchen Carlson tweeted, “No more sexist stereotyping of female candidates because an army of women are saying #WeHaveHerBack.”

Actress Lynda Carter tweeted, “This moment is for every American who dares to dream of a brighter future for our great Republic.”

Actor Josh Gad tweeted, “I am crying with joy!!!!”

Actor Ben Platt tweeted, “love how neither one is tr*mp!!”

Biden’s announcement comes months after he committed to picking a woman to join him on the Democratic ticket. Harris is now the third female vice presidential candidate for a major political party, following Geraldine Ferraro, who was Democrat Walter Mondale’s running mate in 1984, and Sarah Palin, who was Republican John McCain’s vice presidential pick in 2008.

“I have the great honor to announce that I’ve picked @KamalaHarris — a fearless fighter for the little guy, and one of the country’s finest public servants — as my running mate,” Biden tweeted.