Breaking
How to Utilize Questions in PPC Ads to...
How To Innovate The Influencers Space Using The...
6 Keys To Leadership Growth
Mayo Clinic And Kaiser Permanente Invest $100 Million...
MozCon Virtual 2021 Interview Series: Wil Reynolds
Commodity Spikes May Be Close To Peaking, Futures...
Benefits of Responsive Web Design
ESBC Major Updates: Tons Of Heavyweight Greats Added...
5 On-Demand Courses To Help Develop Your Leadership...
How to Run Nonprofit Marketing Ads
Entrepreneurs Are Bringing Transparency To Home Buying And...
Best Incentive To Get Vaccinated: Money, Messaging, Or...
Page Level Query Analysis at Scale with Google...
How A CIO Can Align IT With Business...
Blogger of the Month: Jo, Girl Eats World
6 Things Women In Business Know That Men...
Home General Central Bank Digital Currency: First Movers Have An Advantage In Open Economies
General 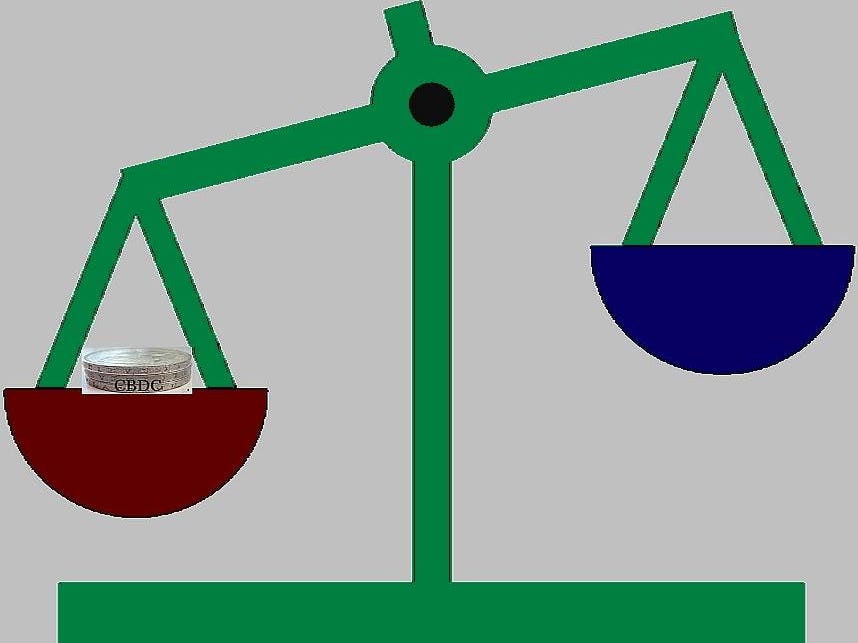 Many central banks are complacent about the fact that they are not the first ones out of the gate to release a central bank digital currency. Their attitude is that it is a risky proposition with lots of unknowns; let someone else be on the bleeding edge and work out the kinks in the system before joining the fray. Another consideration is specificity, emerging market and developing economies have other fish to fry, a CBDC is probably one of the last items on their agenda. There is a compelling case to be be made for CBDC used to leapfrog developed nations. This is evident in the CBDC related activity from the Bahamas to the Caribbean to Jamaica to the Marshall Islands.

A recent article announcing a paper by the lead authors addresses the issue of a CBDC in an open economy setting. Two other assumptions are that the CBDC remunerates its holders; remunerates is a loaded word, it refers to interest bearing instruments. When such interest can be negative, the word remunerate can cause confusion. The other assumption is that a CBDC from one country (they call this the home country) can be used in another country (the foreign country). All of these depend on the specific features of a CBDC. Economists call them technical features; for a technologist they are just plain features.

So to recap, the paper addresses a remunerated CBDC in an open economy, a home country that has a CBDC and a foreign country (or countries) that have no native CBDC. Open economies feature free movement of CBDC between countries, with no legal restrictions. The model used in the simulation concludes that features of a CBDC- scalability, liquidity, safety, remuneration could cause an uncovered interest rate parity during a productivity shock in the home country.

A shock in the home country leads to a magnification of its effects in the foreign country; primarily caused by a run into the CBDC issued by the home country during the monetary policy and demand adjustments that take place. This is true when the interest rate of the CBDC is similar to that of bonds; the CBDC is also more desirable due to its liquidity. The foreign country has to work harder to control its monetary policy.

The foreign central bank has to be up to twice as reactive to control inflation and output as the home country. The mitigating features of a CBDC to soften these effects have to be limits for foreigners holding CBDC, or flexibility in the interest rates or both. It is not clear that countries would incorporate these features into their own CBDC to assist foreign central banks. Since autonomy in monetary policy can be regained only by the issuance of a CBDC domestically, suggests a “significant first mover advantage”.

The ideas in this paper must be discussion topics in ECB and other central banks; especially in light of the imminent release of DCEP by People’s Bank of China. China is not an open economy in many senses of the word; but they are gradually loosening control of their currency.

This is a result of a simulation, since economics is a social science and not a hard science, these are not like the equations of physics. In fact, missed predictions on inflation in the last two decades using simulations and classic economic theory show how difficult it is to model the real world with its tangled dependencies and unknown causality.

Five Things To Do Right After You File Your Tax Return