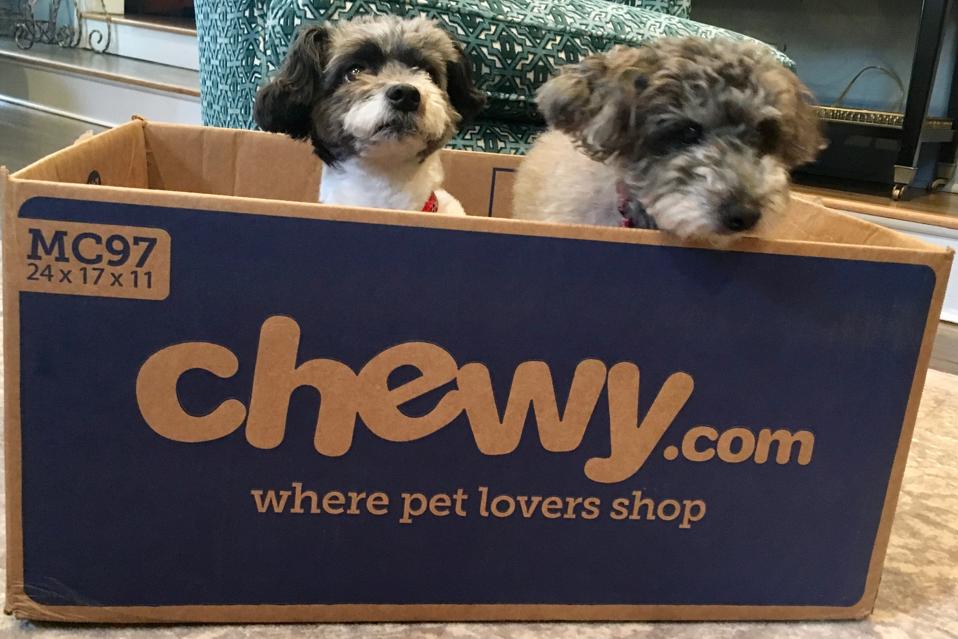 Chewy is still growing, but Wall Street wants to see if it can be trained to show a profit. The … [+] company reported its third-quarter earnings Monday.

Its stock, which had closed down 3% Monday before the earnings release, continued to decline in after hours trading.

While Chewy beat revenue expectations with $1.23 billion in sales for the quarter, it missed on earnings per share, reporting a loss of 20 cents per share, four cents more than analysts’ estimates.

Chewy’s third quarter results contained plenty of numbers the company can brag about: 40.4% year-over-year growth in net sales, 32.8% increase in the number of active users, 11.4% boost in net sales per active customer, gross margin of 23.7%, up from 19.6% the prior year.

But investors want to see a positive number in the earnings per share line, and a net gain rather than a net loss.

The bulls in Chewy’s corner say be patient, that Chewy is still a very young pup as a public company, with only two public quarters under its belt since its June IPO.

The bears, and investors in general, are increasingly reluctant to wait for newly public companies to show a profit.

The Chewy bears argue that the high retail facing hurdles Chewy make them doubt that Chewy can ever achieve that goal.

Questions the Chewy bears are asking include:

Chewy CEO Sumit Singh can counter those arguments with convincing reasons to be bullish on Chewy.

First, as he noted on CNBC Monday, after the earnings results were released, “40% year-over-year [sales] growth is nothing to sneeze on.”

Singh’s other reasons to bet on Chewy include: 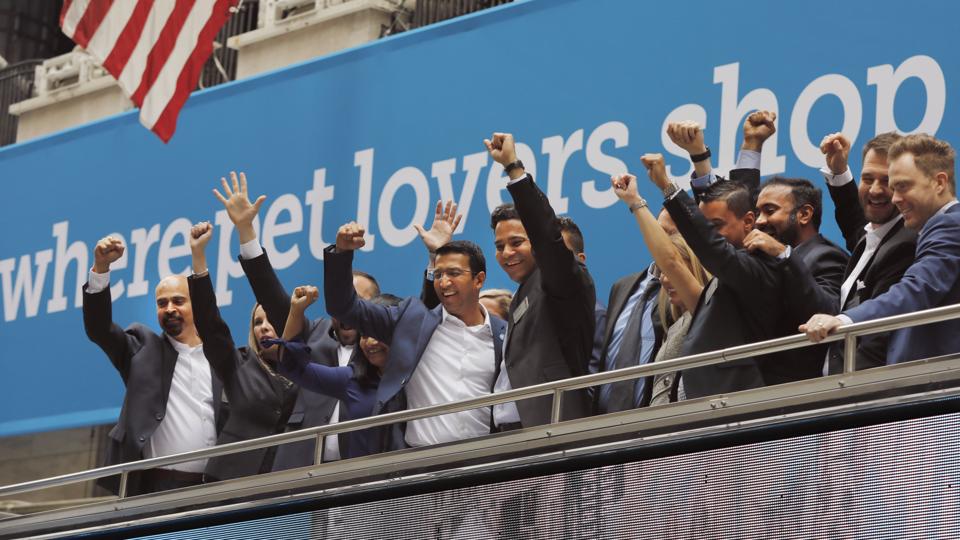 Chewy was Wall Street’s pet when it went public on June 14, 2019, when it shares soared 71% in … [+] initial trading. The stock since then has slid back to close to its offering price. (AP Photo/Richard Drew)

Singh, in a interview last month, told me that one of the hardest things about going public is not letting the day-to-day fluctuations of the stock market cause employees and managers to lose focus on the customer experience.

“We have to be long-range oriented,” he said then. “And I believe that we do a good job in not letting our teams get distracted by quarter-to-quarter results orientation and in keeping the teams focused on the core priorities,”

Chewy faces another test this week, when its post-IPO lockup period expires, giving company insiders the first opportunity to sell their stock. The bulls and the bears will be watching to see if those shareholders are as loyal as Chewy’s customers.