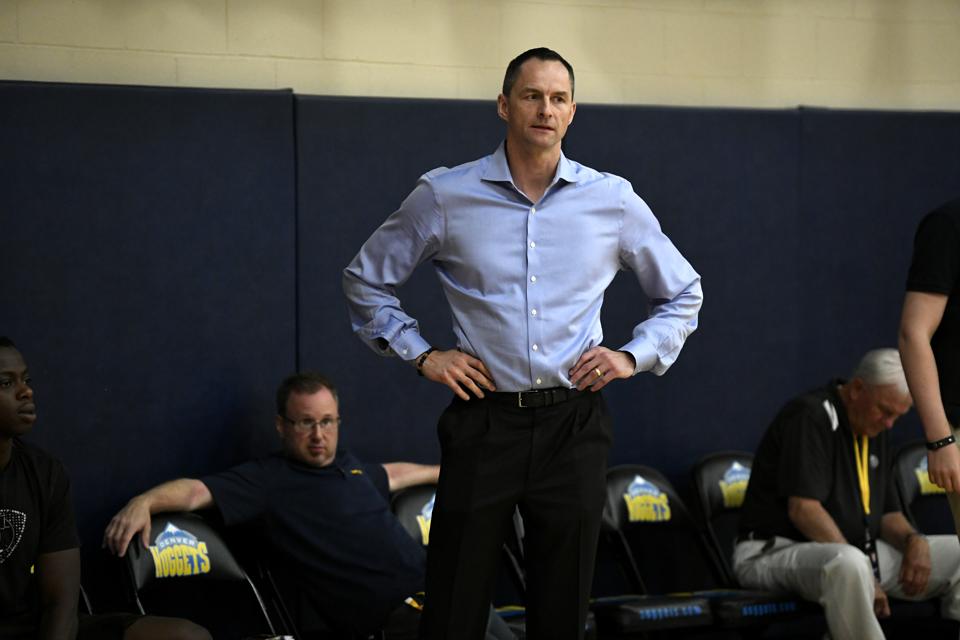 The Chicago Bulls are just 71-158 since trading Jimmy Butler in 2017, leaving a good portion of the fan base with a feeling of hopelessness about the future. That’s reflected in ESPN’s recent NBA Future Power Rankings in which the Bulls rank just 23rd, down one spot from October 2019.

A big part of that poor ranking is the No. 29 ranking in the management category (only the New York Knicks are worse), which is worth 16.7% of the total score. This category consists of “quality and stability of front office, ownership, coaching.”

While Bulls management has been a sore sport for a while now, the good news is the franchise is finally working to overhaul the front office and scouting department. Interviews for a new executive vice president of basketball operations began earlier this week, and now the Bulls are finalizing a deal with Denver Nuggets general manager Arturas Karnisovas, according to ESPN’s Adrian Wojnarowski.

Utah Jazz general manager Justin Zanik interviewed for the position on Monday. The Bulls also interviewed Bryan Colangelo, Danny Ferry and Wes Wilcox. Colangelo and Ferry have baggage attached, and K.C. Johnson of NBC Sports Chicago reported some of these other interviews may have been for other roles or to simply gather information.

Karnisovas is expected to hire a new general manager and additional people for basketball operations and scouting. The Bulls are trying to modernize their front office and add depth to the staff, which has been lacking. The franchise was criticized for not interviewing any African American candidates, which isn’t a good look, so building up a diverse front office should be a priority.

John Paxson likely sticking around in an advisory role and Gar Forman potentially remaining in a scouting role isn’t ideal and invites skepticism, but Karnisovas will reportedly have “full autonomy.”

As for the coaching staff, Karnisovas will likely want to hire a new head coach to replace Jim Boylen, who still has support in Bulls management but is generally regarded as overmatched in the NBA.

Hiring Karnisovas away from the Nuggets and making other big changes in the front office, scouting and coaching departments should boost that No. 29 management ranking, even with Paxson and Forman still around. Karnisovas was part of a Nuggets management team that ranks No. 12 in this ESPN exercise, with Denver coming in at No. 11 overall. The Nuggets have become one of the better teams in the Western Conference in recent years, with Karnisovas playing a key role in drafting Nikola Jokic and building a young core.

Karnisovas will have to get to work on improving Chicago’s roster, which is tied for 23rd in the ESPN rankings. While there are some nice young players in Zach LaVine, Lauri Markkanen, Wendell Carter Jr. and Coby White, this group currently lacks a bona-fide star and nobody should be untouchable.

Karnisovas could very well come in and boldly shake things up if this core doesn’t fit his vision. Or perhaps he gives them a chance with a better coach before making any drastic decisions, instead first choosing to make moves around the fringes of the core (Otto Porter Jr., Thaddeus Young, Tomas Satoransky, etc.). He has a generally aggressive mindset when it comes to making trades, though, so the former wouldn’t be a surprise given the lack of collective success in Chicago.

The Bulls have a relatively workable cap sheet and no awful long-term deals. They aren’t set to have cap space this offseason but will in 2021 for a potentially star-studded free-agent class. Markkanen is eligible for an extension, but it’s hard to see the new front office in Chicago making a long-term commitment until he shows more on the court, assuming he’s not traded. The Bulls’ money situation ranks 13th on ESPN in part because ownership is known for being frugal with a desire to avoid the luxury tax when possible, but it’s substantially better than Denver’s ranking (ties for 26th).

Chicago’s draft situation is also in decent shape (No. 8 on ESPN). While the Bulls don’t have any incoming first-round picks, they own all of their future first-round picks and are in line for a lottery pick in 2020.

Finally, the Bulls play in one of the more attractive markets in the NBA (No. 9). Chicago does have the cold winter issue, but it’s a great city and the third-biggest market. The franchise is a global brand thanks to Michael Jordan era, and the fans are extremely loyal.

Bulls fans will be thrilled that actual change is finally coming to this front office after 17 years with John Paxson in charge. Now it’s on Arturas Karnisovas to change this franchise’s fortunes heading into the future.

Our National Moment: How We Can Put Our Healthcare Heroes First

The Secret to Getting Anything You Want in...

Why the Coronavirus Is Lowering Your Gas Pump...

Perfect Weekend For FC Barcelona Sees Them In...

Checklist For Companies With Remote Employees Due To...

Recycling Just Doesn’t Cut it But There Is...