Breaking
Looking To Improve Efficiency In Your Business? Here’s...
AI and machine learning for business
How Social Media Changed the World
Shopify: The Pros and Cons
Should your business go green?
Expanding Your Business Into Spain: What You Need...
Essentials For Your Office Coming Out Of COVID-19
What Can Marketers Learn From Digital Cults?
Why NASA’s James Webb Space Telescope Will Never...
Increasing HR Effectivity and Efficiency through Software Solutions
The Difference Between Building A Startup In Bull...
Fluor Corp Ranked Among Today’s Top Shorts
Common Pitfalls to Look Out for When Buying...
Will the Olympics go ahead this year?
Pack Up the Big Top: Insights from MozCon...
Best WordPress Themes for Blogs
Home Business Chicago Bulls’ New Front Office Wants To Make Franchise ‘Cool Again’
Business 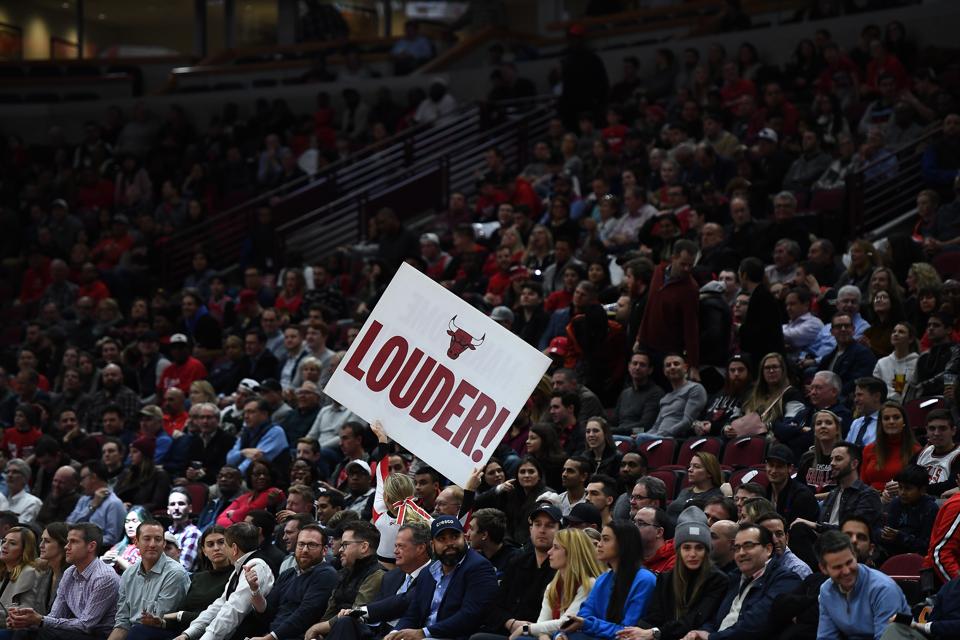 CHICAGO, ILLINOIS – NOVEMBER 18: A general view of fans during a game between the Milwaukee Bucks … [+] and the Chicago Bulls at United Center on November 18, 2019 in Chicago, Illinois. NOTE TO USER: User expressly acknowledges and agrees that, by downloading and or using this photograph, User is consenting to the terms and conditions of the Getty Images License Agreement. (Photo by Stacy Revere/Getty Images)

The Last Dance is a stark reminder of how cool the Chicago Bulls used to be.

Michael Jordan and the dynasty made the Bulls the talk of the town and a revered brand around the world. They were rock stars everywhere they went, as shown in The Last Dance during their trip to Paris.

The Bulls’ popularity naturally dipped a bit after Jordan retired in 1998, but they still drew relatively big crowds even during their worst post-dynasty years. When Derrick Rose came around following the Baby Bulls, he only helped juice the brand for a new generation.

However, that iconic Bulls brand has taken a hit in recent years. Attendance has dipped to levels not seen since the early 2000s, which is notable given the franchise consistently ranked at or near the top of the attendance list over the past decade.

At Chicago’s All-Star Weekend in February, the Bulls were a complete afterthought unless they were being laughed at for being bad. “Fire GarPax” chants during Zach LaVine’s appearance on ESPN stole headlines, and the franchise had almost zero presence during the festivities.

The All-Star Weekend embarrassment was further proof that big changes needed to be made, and it’s no surprise that the rumblings about a front-office overhaul picked up steam at that time. While changes were apparently in the works even before that, this was the final nail in the coffin for the John Paxson-Gar Forman regime.

Sure enough, the Bulls recently moved Paxson to an advisor role and hired Arturas Karnisovas away from the Denver Nuggets to take Paxson’s old job. Forman is out as general manager, and Karnisovas just tabbed Marc Eversley to take Forman’s place.

Eversley was officially introduced as general manager on Friday, and he and Karnisovas spoke to the media to present their vision for this scuffling Bulls franchise. There’s a lot of work to be done, but Eversley made it a point to say he wants to restore the cool factor in Chicago:

Meanwhile, Karnisovas even said The Last Dance inspired him to hire Eversley a day early, further highlighting the power of the brand at its full might:

These kinds of comments may sound cheesy to some, but they should fire up a Bulls fan base starving for optimism. Bulls fans have been beaten down in recent years by the franchise becoming a mostly irrelevant laughingstock, so this is a breath of fresh air.

Eversley’s ability to build relationships was emphasized during Friday’s conference call, as well as during an interview with NBC Sports Chicago’s K.C. Johnson. The Bulls are hoping their new general manager can help Karnisovas build and sell the franchise in order to make it more attractive to top talent. Stars should want to play for a big-market franchise with rich history like the Bulls. This new front office will try to undo the damage done to the brand by the previous regime, which got stagnant and failed to adapt.

To build the brand back up, the Bulls will need to start winning again, which will require more than just good relationships. The roster will need to improve organically through player development and quality drafting. If star players see a young team on the rise in Chicago, that helps the recruiting pitch (see: Brooklyn Nets).

A top-notch coaching staff would also help, which is why the Bulls should move on from Jim Boylen. While Boylen knows the game and clearly cares about his team, he’s overmatched as an NBA head coach. Boylen’s Bulls have been mocked during his tenure by players, analysts and fans alike for actions taken by the head coach. He may be a quality assistant, but he shouldn’t be the front man for a prestigious franchise like the Bulls that’s trying to become cool again.

Karnisovas and Eversley were respectful when talking about Boylen on Friday, insisting they want to take the time to talk to him and his staff before making any decisions. But given his 39-84 record and the laundry list of gaffes, there’s little reason to expect Boylen will stick around, even if he’s confident about his chances.

It’s also only natural for a new front office to want to bring in their own coach, and this is where those strong relationships could come into play right away. Toronto Raptors assistant coach Adrian Griffin is a popular candidate, and he played with Karnisovas at Seton Hall. Furthermore, Eversley worked for the Raptors from 2006 to 2013 and has ties to people in the organization, including president Masai Ujiri.

The Athletic’s Darnell Mayberry also mentioned Philadelphia 76ers assistant Ime Udoka as a candidate. Udoka is one of the highest-paid assistants in the NBA and just worked with Eversley, so it wouldn’t be a surprise at all if the new Bulls general manager poached him from Philly.

It would make sense for the Bulls to hire one of these two men given their status as respected assistants and former players. The tactical ability of these coaches is key, but it’s just as important, if not more so, for them to be able to relate to today’s players and massage egos when required. As former players in their 40s, Griffin and Udoka are candidates who check these boxes.

Whatever the Bulls decide to do on the coaching front, Karnisovas and Eversley are saying all the right things as they embark on this new journey. They understand the potential of this Bulls franchise and are ready to take on this challenging endeavor.

The Bulls may never be as cool as they were with Michael Jordan, but they can be cool again.