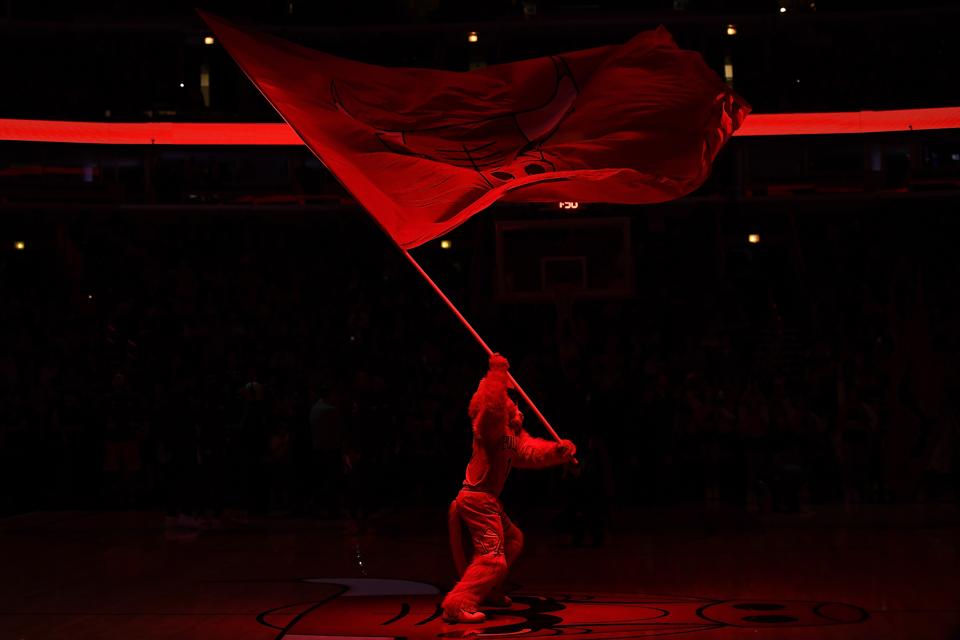 CHICAGO, ILLINOIS – NOVEMBER 01: Chicago Bulls mascot “Benny the Bull” performs prior to a game … [+] between the Chicago Bulls and the Detroit Pistons at United Center on November 01, 2019 in Chicago, Illinois. NOTE TO USER: User expressly acknowledges and agrees that, by downloading and or using this photograph, User is consenting to the terms and conditions of the Getty Images License Agreement. (Photo by Stacy Revere/Getty Images)

All signs had been pointing to the Chicago Bulls making a significant change in their front office after the 2019-20 NBA season, but the league’s coronavirus hiatus threw a wrench into that timeline. Bulls president and chief operating officer Michael Reinsdorf held off on starting the formal interview process due to the unique situation, but now the franchise is ready to move forward.

ESPN’s Adrian Wojnarowski first reported Friday that the Bulls have started their formal search process and plan to hire a new lead executive “with full authority on basketball decisions” before the NBA resumes play, whenever that may be. Interviews are slated to start next week and will be conducted electronically.

While this new hire will reportedly be the lead decision-maker, both executive vice president of basketball operations John Paxson and general manager Gar Forman may remain in the organization, which is something that has been hinted at for a while. Woj says Paxson is expected to take an advisory role, while ownership will have more conversations with Forman about his future. Forman has already been relegated to a scouting role, and he may continue in that sort of position as the franchise overhauls their scouting department.

NBC Sports Chicago’s K.C. Johnson reiterated Friday that Paxson has been a driving force behind these front-office changes, which naturally invites skepticism about just how hands-off he’ll be when it comes to making basketball decisions. Would Paxson’s continued presence neuter this new lead executive, or would he truly step aside and allow full autonomy?

This relates to the question about what will happen to head coach Jim Boylen. Johnson reports the new executive will determine Boylen’s future, but the embattled coach does have supporters in Reinsdorf and Paxson. Reinsdorf is even hoping whomever is hired will be “open-minded” about Boylen, so this could be an early test for the new front-office setup.

It only makes sense for the new top dog to want to bring in his own coach, especially given the laundry list of problems with Boylen. While the coach insists he has done a good job developing the roster and doing what management asked of him when he took over for Fred Hoiberg, his Bulls tenure has been marred with a lot of losses, a lot of embarrassing moments and general irrelevance in the NBA landscape. Not everything has been bad (the defense is flawed but improved thanks to the ability to force turnovers), but Chicago can do better in the head coaching department.

Still, that coaching decision will be made later, so for now the Bulls are focusing on hiring a head of basketball operations. Chicago plans to ask permission to interview Denver Nuggets general manager Arturas Karnisovas, Toronto Raptors general manager Bobby Webster, Indiana Pacers general manager Chad Buchanan and Miami Heat assistant general manager Adam Simon. Other candidates could emerge, but a big-name hire like Sam Presti or Masai Ujiri reportedly will not happen. The Bulls also aren’t expected to go after any candidate with ties to player agency, which knocks out Utah Jazz general manager Justin Zanik.

All of these candidates are members of current playoff teams and generally well-respected organizations. The 36-year-old Webster is especially notable for his role in building the defending champion Raptors alongside Ujiri. Karnisovas has teamed with Nuggets president Tim Connelly to build a contender in the Western Conference. Buchanan has good experience with the Pacers and Portland Trail Blazers, including a role in drafting Damian Lillard.

The Heat are renowned for their terrific culture under Pat Riley, and Simon has been with the organization for 25 years. The Chicago Sun-Times’ Joe Cowley even reports that the Bulls are keeping a close eye on Miami and want to mimic that culture, which is somewhat ironic given former Bulls star Jimmy Butler is the new star in South Beach. It makes sense, though, as Chicago should be looking to poach from these types of organizations.

No matter the hire, there will still rightfully be skepticism about how effective the Bulls’ revamped front office will be if Paxson and Forman are still around. Their continued presence could even have an effect on who actually gets hired. A full housecleaning should be in order just to have a total fresh start.

However, if this new executive truly does have autonomy when it comes to basketball decision-making, it’s a step in the right direction in Chicago.

Distance Learning During The Coronavirus Pandemic: Equity And...

All You Ever Wanted To Know About The...