Breaking
What You And Your RTO Business Need To...
4 SEO Trends for Websites You Should Not...
3 Reasons Why Desk Booking Is Rising In...
8 Tips to Play & Win at Online...
How can software benefit facility management?
Do Professional Casino Players Pay Taxes for the...
Becoming a Trading Expert: What Is the Best...
Dos and Don’ts for B2B Organisations in 2022
Should your business be using Machine Vision?
Colour Masterbatch vs Raw Pigments – Which Is...
Keeping your business moving as you expand online
Top Four Celebrities Who’ve Invested In Cryptocurrency
Why is Cloud Computing Tipped to be the...
How to Raise Money for Non-profit Organizations in...
Choosing the right theme for your WordPress Business...
A Guide to Using Celebrities to Promote Your...
Home Business Chicago Bulls Reportedly May Keep Jim Boylen Because Of ‘Financial Concerns’
Business 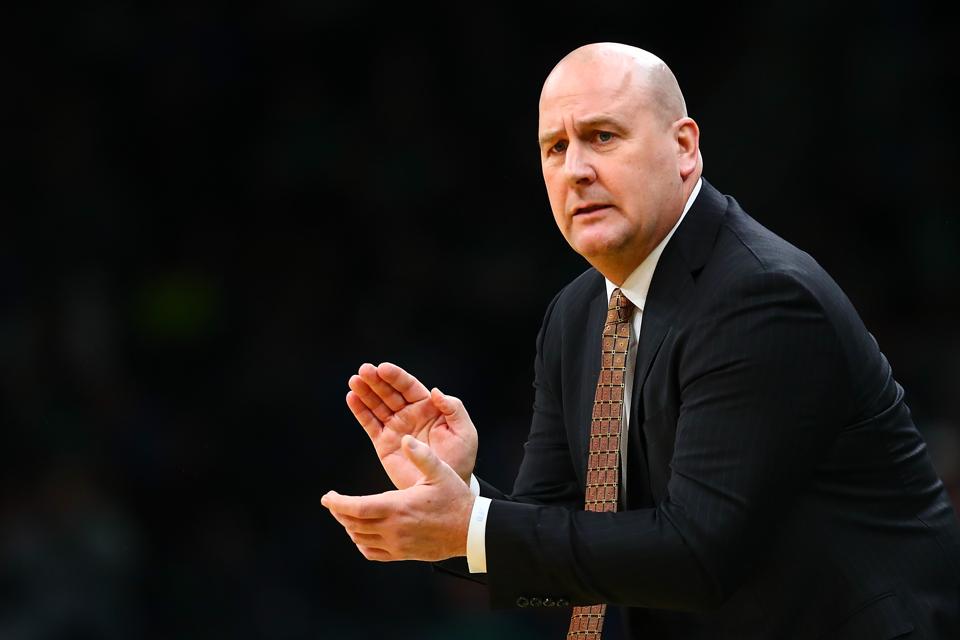 BOSTON, MA – JANUARY 13: Head coach Jim Boylen of the Chicago Bulls reacts during a game giants the … [+] Boston Celtics at TD Garden on January 13, 2019 in Boston, Massachusetts. NOTE TO USER: User expressly acknowledges and agrees that, by downloading and or using this photograph, User is consenting to the terms and conditions of the Getty Images License Agreement. (Photo by Adam Glanzman/Getty Images)

When the Chicago Bulls hired Arturas Karnisovas to be their new executive vice president of basketball operations, it was reported that he had full autonomy over basketball decisions. Based on what’s going on with head coach Jim Boylen, it’s fair to wonder if that’s the case.

Boylen is still the head coach of the Bulls despite his awful track record, and there’s a good amount of smoke suggesting there won’t be a coaching change this offseason. The latest reporting comes from the Chicago Sun-Times’ Joe Cowley, who says “there is strong growing momentum that financial concerns the Reinsdorfs have about the 2020-21 season will keep Boylen in his current seat.”

This echoes recent speculation from K.C. Johnson of NBC Sports Chicago. A few weeks ago, Johnson suggested it would be a “hard sell” for Karnisovas to go to ownership with the recommendation of a coaching change with so much financial uncertainty ahead due to the ongoing coronavirus pandemic, especially if the new hire would be a first-time head coach.

Now, it’s true that it’s unclear what the 2020-21 NBA season will look like. When will it start? What will the salary cap look like? Will there be fans in the stands? These are just a few of the questions facing the league.

However, this all makes it seem like Karnisovas doesn’t have the full autonomy he was supposedly promised. If he actually has to sell ownership on moving on from Boylen and hiring somebody else, he’s not the one with the true power. It’s well known that ownership and John Paxson like Boylen, which only adds to the fishiness of the situation.

Even setting that whole conversation aside, using financial concerns as an excuse not to fire Boylen doesn’t pass the smell test for a big-market team like Chicago. As much as owner Jerry Reinsdorf wants to cry poor over Bulls and Chicago White Sox losses “in the nine figures” due to the pandemic, this is a franchise that has printed money for decades and is valued at $3.2 billion. Attendance was high for years until recently, paying the luxury tax is a rarity and the payroll has been relatively low of late. Not to mention the Bulls have acquired plenty of cash considerations through trades during this rebuild, starting with the $3.5 million the Bulls got from the Golden State Warriors for trading them the No. 38 pick on the night they traded Jimmy Butler.

Furthermore, Boylen is one of the lowest-paid coaches in the NBA. He has two seasons left on his deal and is said to be making around $1.6 million per season. Paying that off and bringing in a new coach wouldn’t be an exorbitant expense during these unique times, especially if the Bulls hired a first-time head coach such as Adrian Griffin or Ime Udoka. Changing over the assistant coaches would have to be considered as well, but it’s not like those salaries are exceptionally high.

Simply put, money shouldn’t be a factor when it comes to the Jim Boylen decision. But, right now, there’s too much noise out there suggesting that money is a factor to totally discount it. This all comes amid reports of Bulls player dissatisfaction with Boylen, plus public player comments that haven’t exactly been the most supportive.

The Bulls might still wind up firing Boylen and bringing in somebody new. Perhaps they’ve been waiting on more clarity regarding a potential second bubble in the coming months, which now looks like an unlikelihood. Karnisovas did express a desire to be patient in order to give Boylen a fair look, whatever that means, so maybe that’s what this all really is.

But even if that’s the case, this whole saga only adds to the perception that the Bulls are a big-market team that acts more like a small-market team with financial constraints. This could continue to hurt the Bulls’ standing around the league, and let’s not forget that “The Last Dance” didn’t exactly paint Jerry Reinsdorf in a positive light. There were also quotes that came out about how the Bulls lowballed star free agents in the years after the dynasty. It would be naive to think players don’t notice this stuff.

The Bulls are already threatening to flush the goodwill they earned with their front-office overhaul down the toilet. We’ll see if Karnisovas addresses this situation soon now that all this smoke is billowing. There’s still time to change the narrative, so hope isn’t lost, but Bulls fans are getting anxious.