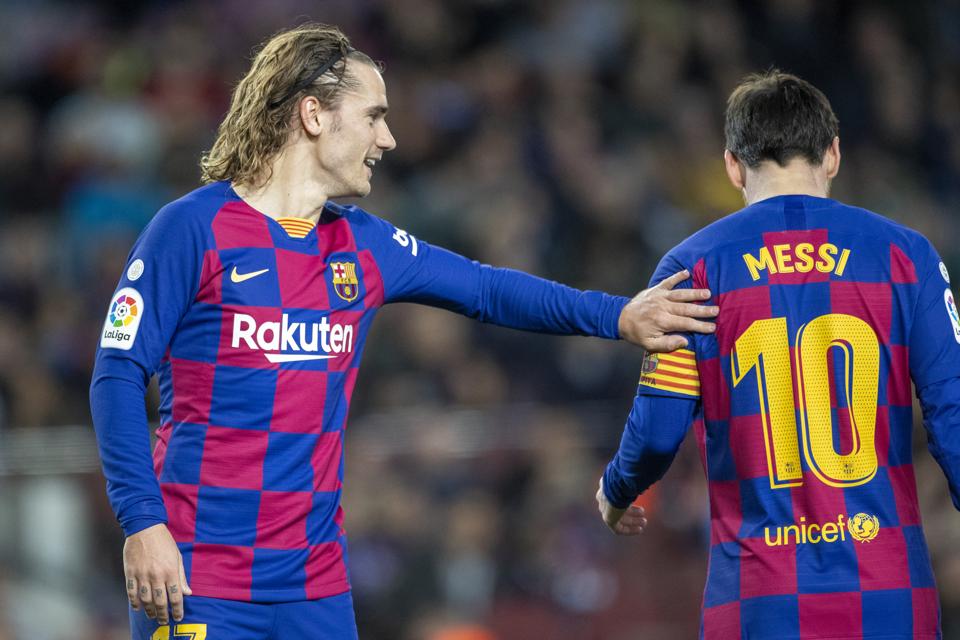 Antoine Griezmann once professed in 2018 that he belonged at the same table as Cristiano Ronaldo and his FC Barcelona teammate Lionel Messi.

Then fresh off a World Cup win with France, and still representing Atletico Madrid upon having rejected an initial proposal from Barça via his ridiculed “The Decision” documentary, the 29-year-old’s fortunes have suffered a dramatic reversal.

Midweek, he was brought on in the 90th minute to face his former club in a 2-2 draw that could cost the Blaugrana the title, in a move that many, including the forward’s family who took to social media to voice such concerns, considered an insult.

Struggling to fit in since his $135mn switch from the mainland capital to its Catalan counterpart last summer, Jordi Quixano of national newspaper El País has made shocking revelations on Sunday morning regarding Griezmann’s failure to be accepted by his Camp Nou teammates.

In his piece “Griezmann falls off the table”, a nod to the Les Bleus star’s bold assertions, Quixano writes that the number 17 is still considered “somewhat childish and lacking in leadership, even though he likes to generate good vibes with all kinds of competitions in the dressing room”.

Meanwhile played out of position or snubbed in favor of La Masia pearl Ansu Fati – if not, more embarrassingly, shoehorn February signing Martin Braithwaite – Griezmann fights battles on all fronts for acceptance.

And if this wasn’t bad enough, he continually has his name linked to transfers away from the club after a mere season with Barça. Revenues severely impacted by the coronavirus pandemic, he may be used as a pawn in a potential swap deal involving Neymar and PSG – who apparently wish to “Frenchify” their squad and believe Grizi’s presence may convince Kylian Mbappe to stay.

At the Ligue 1 giants, the forced left winger, who has never featured for a club team in his homeland, would be treated with more respect. But until then, he at least has the public backing of his coach Quique Setien.

“Antoine is fine, he is a great professional,” said the underfire figure, at his prematch press conference ahead of this evening’s must-win clash with Villarreal. “I have exchanged a few words with him, he is an extraordinary, professional boy and it [his Atleti snub] will not affect him when he has to play again because he is a very [mentally strong] boy and I am sure that we will have him at 100% when he has to go back to the field.”

Setien tipped to be as good as gone with anything less than unlikely La Liga or Champions League crowns, however, Griezmann should hope that any successor is just as much of an admirer yet speaks through actions, and not just words, by keeping him off the bench.

It’s Time For The Cleveland Browns To Invest...

Here Is How To Find Real Problems And...

Will Coronavirus Level The Playing Field?

The Risk Of A ‘Catastrophic’ U.S. Bitcoin Ban...

Sadness At The Strip Mall: A Look Back...