Breaking
Three Essential Components of a Successful Small Business
Pandemic Pet Adoptions Add To Chewy’s Tailwinds, But...
How to Use LinkedIn’s Social Selling Index Like...
Strong Revenue Trend Could Drive EXACT Sciences Corporation...
9 Things To Know Before Starting A Business
‘Game & Watch: The Legend Of Zelda’ Will...
The 9 Fundamental Components Of A Startup Pitch...
How to Get Results from Broken Link Building
Florida Supreme Court Tells The American Bar Association...
How to Write Perfect Paid Social Media Marketing...
How Restaurants Can Design a More Sustainable Food...
Expenses That Small Business Owners Need to Be...
How You Can Make Saying Goodbye To The...
Biden To Meet Royal Family At Cornwall’s Eden...
It’s Going To Be Emotional — Going International...
Peer Mentoring For Students: STEM & Buds
Home Technology China Bans Deepfakes In New Content Crackdown
Technology 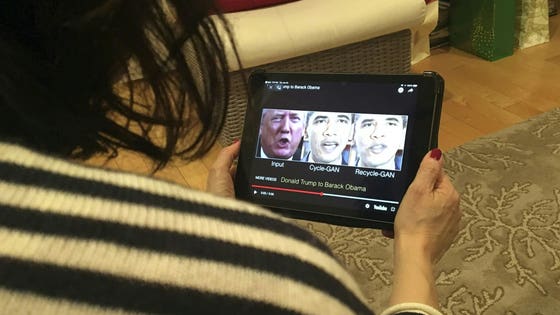 China has made it a criminal offense to publish deepfake videos created with AI or VR.

In a briefing, the Cyberspace Administration of China (CAC) says that, from January 1, any such videos or audio recordings must be clearly labeled. Content providers will be expected to police the system and will, along with the offending users, be liable for prosecution.

While platforms have been under powerful pressure to control fake news in recent years, concern has been rising about deepfake videos – the most convincing fake news of all. They’ve already been criminalized in California for the purposes of political campaigning, and are under investigation by Congress.

Meanwhile, following a number of viral deepfake including one in which house speaker Nancy Pelosi appeared to be slurring her words, Twitter has said it’s re-evaluating its policy, and has been polling users for their opinion: the consultation’s now closed, and the company is expected to announce a new policy soon.

However, despite pressure from the EU and elsewhere, Facebook has hung back on any specific rule change so far, citing freedom of speech.

More generally, governments are targeting fake news, with Singapore the latest nation to do so – and, incidentally, showing the dangers. In the last few days, it’s ordered a blogger to take down a post alleging election interference that, it says, is fake news.

In the case of China, there’s already been concern about the way in which Hong Kong protesters are being portrayed; this new legislation gives a legal veneer to government attempts to define the truth for itself.

When Families Welcome New Family Members & Cultures: What To Consider