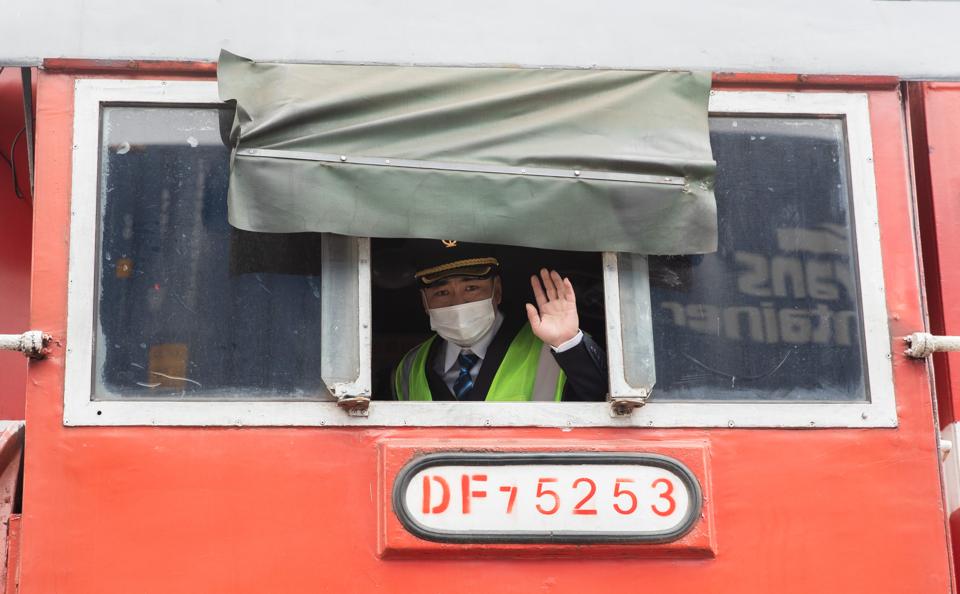 Since the start of the COVID-19 pandemic, dozens of countries around the world have effectively shut down their economies—factories have been closed, shops shuttered and supply chains have been tossed into disarray. In this fray, an unexpected form of trans-continental transport is rising to the top: trans-Eurasian rail.

The China-Europe rail product has been much maligned and criticized throughout its existence. The 30-plus line network that goes between China, Central Asia and Europe is still heavily subsidized by China, and has become synonymous with Beijing’s soft power—sometimes to the point of defying market fundamentals.

However, industry insiders know that many of these China-Europe rail lines are providing a much-needed middle ground between expensive air freight and slow ocean freight and have grown in usage to the extent that they are getting ready to be taken off fiscal life support. And due to the impact of the COVID-19 pandemic, these trains are becoming more needed than ever.

“It’s upside down,” says David Smrkovsky, a former global logistics manager at HP and Foxconn, of the impact on supply chains from the COVID-19 crisis. “I’ve never seen this before, especially in the cargo airfreight.”

What Smrkovsky was talking about was the fallout from the mass grounding of passenger flights, which don’t only carry people but cargo as well. 60% of the airfreight capacity between China and Europe and nearly 80% between China and the U.S. has vanished over the past month, and there are simply not enough designated cargo planes to make up for it.

“Once you start to reduce the flights between Europe and China, the price rises,” says Carlos Santana, general manager of Timex Industrial Investment, a Chinese logistics operator. “It’s the basic principle of economy: supply and demand.”

The cost to fly cargo has now shot up many-fold—sometimes two to three-times last year’s rates—and the transit times have tripled.

The issue is now global, and it’s having a dire effect on the automotive, fashion and electronic industries, who have grown accustomed to getting supplies and shipping their products around the world by air. Many of these companies have been priced right out of the air cargo market altogether.

The situation for ocean freight has also been compromised due to the pandemic. During normal times, vastly more cargo is transported from China to Europe than the other way around, which often results in a glut of empty containers that need to be shipped back to China empty. But when the factories were closed in China during their period of mass quarantine, there was a drastic drop in shipments leaving the country. Reacting to this, many ocean carriers reduced their capacity by not sending out as many liners, which lead to something that nobody in logistics had ever seen before: a dearth of containers in Europe.

“Especially with the cancelation of the passenger flights, this has created an unbelievable mess,” Smrkovsky says. “This has created a very unbalanced situation where the global sea freight and container environment just got broken.”

Now that China is on the road to recovery, with most factories back up and running, a second wave of upheavals to the ocean freight industry has begun as Europe and the U.S. go into their respective lockdowns: less demand for what China produces. The ocean freight industry has responded by announcing even more blank sailings (cancelations), reducing capacity even further.

Santana predicts that many of the ports of Europe are only going to be running at 20-30% capacity in the coming months, making ocean liners with capacity for ten thousand containers overkill.

The COVID-19 pandemic has also had a drastic impact on the trucking industry. While the roads are open and diesel is cheap, borders that are usually free-flowing thoroughfares of trade have been clogged shut. While most national boundaries are technically open to trade, health inspections of drivers throughout Europe have ground border traffic down to a near halt. There is currently a line of trucks waiting to enter Poland from Germany that stretches for 50 kilometers. Between the Czech Republic and Slovakia the queue is 30 kilometers long. While the line of trucks trying to enter Hungary from Slovakia is so long that Slovakia is actually closing other borders to keep it from growing.

The only form of transport left standing is the train, which, compared to other forms of freight continues to run relatively unscathed. Between Europe and China, all trans-Eurasian rail lines—including those from Wuhan—are currently in operation, creating an opportunity for the emerging network to step up and become a larger part of many companies’ shipping solutions.

Under normal circumstances, trans-Eurasian rail is generally eight-times cheaper than air freight and only a week or so slower. In these times of elevated air shipping prices and longer transit times in both air and ocean freight means that shipping by rail is becoming more of a viable option for companies that need to receive and send goods between China and Europe as fast as possible.

“This is a gateway away from the inflating airfreight pricing, so they turned from airfreight to China Rail,” Smrkovsky says. “So it’s kind of the economical option with a reliably good transit time as a replacement for the very expensive air freight.”

As the COVID-19 pandemic encircles the globe, dismantling every supply chain it touches, the trans-Eurasian rail product has suddenly found additional relevance. Companies that would normally ship by air, sea, or truck are now looking to rail. However, Santana, whose company runs 10 rail lines between China and Europe, is a little hesitant: