Breaking
11 Considerations When Determining An Equity Offer To...
ESG Metrics: A Path Forward For Companies
‘Moriarty The Patriot’ Makes A Hero Of Holme’s...
Mind The 99 Year Gap: How To More...
The WFH Revolution: How Covid-19 Is Changing The...
eToro Announces Staking For Cardano And Tron
Fintech Startups: Plan For Your Customers’ Emotional Realities
The End Of Third-Party Data — Finally
The Scientologist Billionaire Trying To Make A New...
Mission-Driven Fintech Kontist Shakes Up The Future Of...
What Can The Simple Fact That ‘We Exist’...
Stock Market: Here Comes October With Scary Tricks...
Farmers, College Students, And Food Banks Across The...
Thinking Of Writing A Book To Grow Your...
Microsoft Security Report Highlights New Sophisticated Threats From...
3 Steps To Help You Build Entrepreneurial Confidence
Home General China Has A Digital Currency, America Has A Coin Task Force
General

China Has A Digital Currency, America Has A Coin Task Force 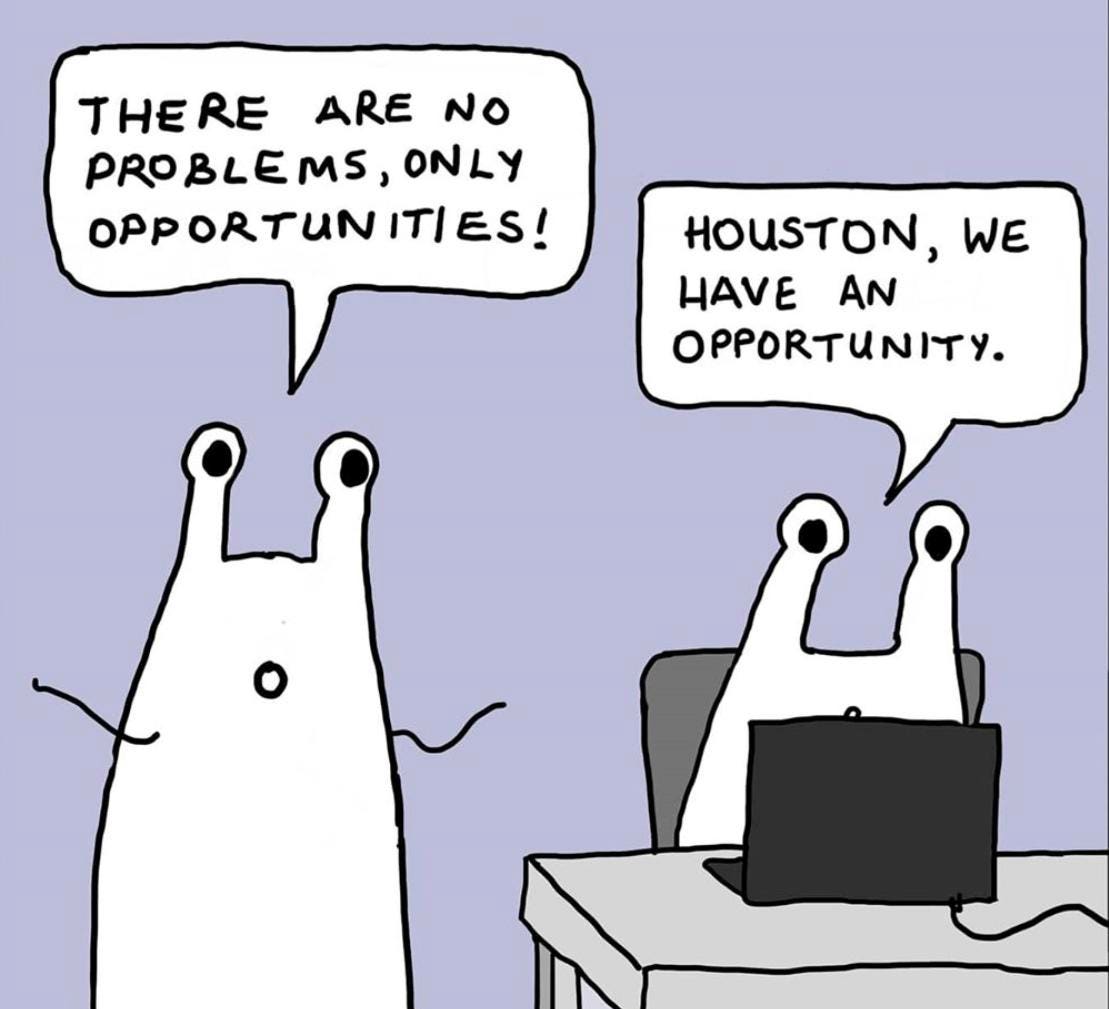 Pennies cost two cents to make. If that was your business, you’d get out of it.

Well, anyone interested in money or technology or the future will have been following the evolution of Central Bank Digital Currency (CBDC) in China, where the largest state-owned banks have begun testing the “electronic wallet” component of the digital yuan. The tests are being conducted in cities including Shenzhen, which borders Hong Kong.

The Coin Task Force has been busy urging Americans to return their spare change to circulation by using it for retail transactions because there’s a shortage. According to NPR, “Banks and laundromats are scrambling. Arcades and gumball machine operators are bracing for the worst”. Some sectors are adopting a more European approach and rounding their prices to even dollars or, as is common in Sydney, Shanghai and Stockholm, just giving up on cash completely.

Where have the coins gone? The shops have none left and customers can’t be bothered to search down the back of drawers or inside globe boxes to find them. Banks, lacking the usual coin deposits from the public, have requested more coins from the Mint, which was unable to produce them (and, in fact, fell short of its usual levels) and… America has a coin shortage.

In other economies, this sort of thing doesn’t matter. In Australia, for example, tens of millions of coins may never even go into circulation because their Mint has seen “virtually no demand” for coins in 2020 as physical retail closed down. Same in the UK. Even if there was a coin shortage, most people would never notice since pandemic-accelerated cashlessness is pervasive. Everything I want to buy, I can buy with my mobile phone. I can’t remember the last time I took a wallet into London with me, let alone coins. America’s coin shortage isn’t a problem, it’s an opportunity to take a step forward.

Frankly, the continued use of pennies and even nickels baffles me. There’s something that economists call “the big problem of small change”. If you are interested in the topic, there’s a very good book about it. It is called “The Big Problem of Small Change”. In essence, the problem is it’s hard to make a living out of producing small change, so no-one does it, so therefore the government has to do it and bear the cost in the interests of the economy. But should they continue to do this in a world of contactless card and QR codes?

Just a reminder: the US Mint lost 0.99 cents on each penny it sold in 2019 but continued to produce more pennies than any other coin in circulation.

The Cato Institute says that the case for producing these pointless coins is weak and they they are only minted because lobbyists harness nostalgia and “junk arguments” about rounding. If you are interested in the subject of rounding, there is a very good paper on rounding written by Robert Whaples called “Time to Eliminate the Penny from the U.S. Coinage System: New Evidence” that was published in the Eastern Economic Journal way back in 2007. This confirms the European experience that dumping low-value coins and rounding prices is economically neutral. And not that complicated! Whaples wrote that a detailed study of convenience stores found the final digit of purchases, which usually involves multiple products and sales tax, was pretty much random so that “if you round it to the nearest nickel, the customer wouldn’t get gouged”. Sometime you’d round up, sometimes you’d round down. It balances out.

(Here is how they do it in Belgium where total amount payable in cash has been rounded up or down to the nearest five cents since December 2019: if the total amount payable in cash ends in one or two cents, it is rounded down to zero, if it ends in three, four, six or seven cents then it is rounded to five cents and if it ends in eight or nine cents then it is rounded up to one euro. As far as I know, Belgian civil society has not collapsed and shops are operating normally under the circumstances.)

Personally, I’d round to the nearest dime. Pennies and nickels are scrap metal and a private coin industry would not be able to waste taxpayer cash on subsidising metal producers to keep making them.

And if you think I’m exaggerating by calling coins “scrap” then you should, as the man says, follow the money. Which in this case goes to China. I remember reading a fascinating news story about this a few years ago, which really set me thinking. The story concerned two Chinese people who were arrested in Denmark after they tried to exchange a hoard of coins that were mistaken for counterfeits but it turned out the coins had been collected by scrap dealers. I thought it was a pretty unusual incident and I mentally filed it away to use as a conference anecdote, but then I spotted another similar case in which two Chinese tourists were arrested in France for suspected forgery after trying to pay a hotel bill in coins. The police found 3,700 one-euro coins in their room! The men said they had got the money from scrapyard dealers in China, who often find forgotten coins in cars sent from Europe. This tallied with the Danish story.

It turns out that sufficiently large amounts of coins end up as scrap that it makes for a worthwhile enterprise (in China) to collect up these coins and ship them back back for use! Not all the coins coming from China are real though. I remember when the Italian police discovered half a million counterfeit euro coins in a container. Hardly surprising, because if container-loads of coins are coming out of China, then it’s inevitable that this trade will attract counterfeiters. And this gave me an idea.

I don’t know if the US Coin Task Force has been thinking out of the box, but may I suggest that they make a virtue out of necessity. Since the Chinese counterfeiters can presumably produce these coins at a lower cost than than the US Mint (I’m pretty sure they wouldn’t spend more than a penny making a penny), why doesn’t the US mint just stop producing coins above face value and sending them for scrap and instead let the Chinese counterfeits circulate in their place? Think about it. It costs the US Mint two cents to make a penny that no-one cares is real or not. So why bother? If the Chinese can produce one for half a cent, ship it to the US in a container and make a profit of 0.2 cents on it, then let them produce the pennies and free up the US Mint do something more useful instead: $1 coins.

Yes, I’m brave enough to say it. It’s time to do away with the dollar bill. There is no $1 note in Canada, no £1 note in the UK, no €1 note in Europe. There are already more $100 bills in circulation than $1 bills, so let the $1 bill die a long overdue death and replace it with the more cost-effective $1 coin instead. For the Americans who posting increasingly desperate online pleas for eight quarters to do their laundry what better news could there be?

A decade ago, the GAO calculated that the replacement of dollar bills with dollar coins would save an estimated $5.5 billion in costs over a generation. The shortage of coins isn’t a problem, it’s an opportunity!

How To Create A COVID Safe Construction Site

6 Observations Of The Most Successful People I Know