Breaking
What You Need To Know About Your Startup...
Governor Signs Landmark Student Loan Borrower Protection Bill...
Reddit Co-Founder Alexis Ohanian Plans $150 Million Investment...
This Week In XR: Enterprise Adoption And Financing...
The Disadvantages Of Aging In Place
How Advances In Customer Service Can Take Telehealth...
5 Reasons Why Your Startup Needs To Be...
Beyond-Professional: What Is The New Workplace Normal?
After 75% Rally, Johnson Controls Stock Looks Fully...
The Future Is Now: This Start-Up Offers Carbon-Free...
Eight Boxes To Check If You Want To...
Where Have All The Entrepreneurs Gone? A Conversation...
Seven Lessons On Raising Funds During A Seed...
Nintendo Just Stealth Released ‘Kirby Fighters 2’ For...
Will Christmas Come Early For Retailers This Year?
Two New Bills In Congress Offer Clarity For...
Home Finance China Market Update: Asian Markets Take A Breather After Rally, China January FX Reserves Beat Estimate
Finance 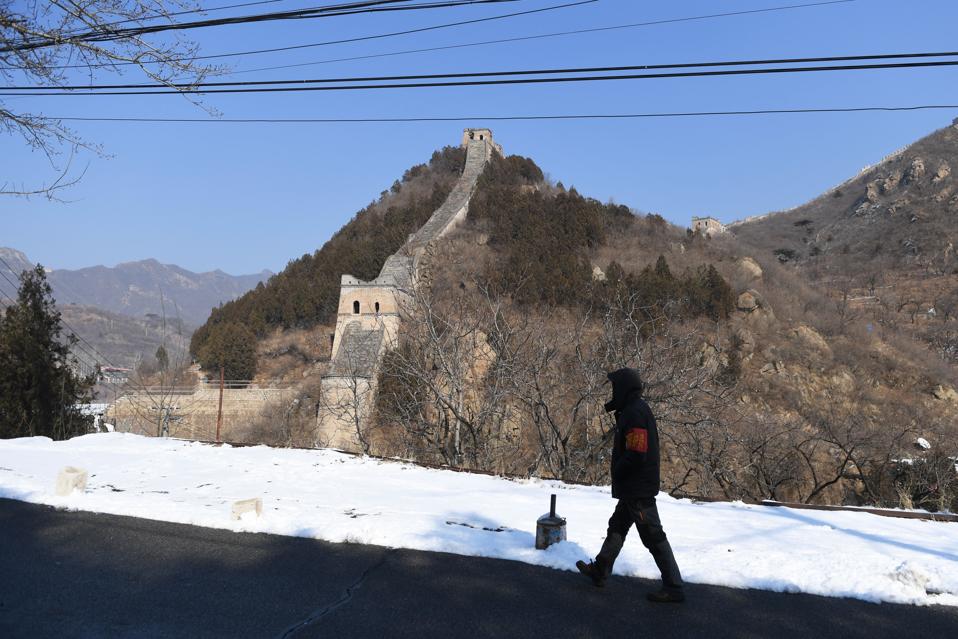 A security guard walks past a closed section of the Great Wall of China at Huanghuacheng north of … [+] Beijing on February 7, 2020. – A Chinese doctor who was punished after raising the alarm about China’s new coronavirus died from the pathogen on February 7, sparking an outpouring of grief and anger over a worsening crisis that has now killed more than 630 people. (Photo by GREG BAKER / AFP) (Photo by GREG BAKER/AFP via Getty Images)

Asian markets were largely lower except for Mainland China, Malaysia, New Zealand, and the Philippines. Some stores and businesses in China have begun to reopen following closures meant to stem the spread of the coronavirus, though many remain closed. Nonetheless, the virus still manages to dampen market sentiment as it has been reported that the doctor who initially sounded the alarm about coronavirus has died from the disease.

Although the PBOC made no new open market injections of capital last night, Hubei province cut taxes for companies supporting virus control and the central bank’s Deputy Governor Pan Gongsheng said that that the central bank remains committed to boosting counter-cyclical adjustments. Xi Jinping spoke with President Trump for the first time since the outbreak started, telling the US President that he is confident that China will win the “People’s War” against the virus. Trump responded that he is confident in China’s ability to contain the virus. Nonetheless, flights between the two countries remain canceled for the time being. The call also involved an affirmation by both leaders of their commitment to implementing the phase one trade deal.

The number of confirmed cases stands at 32,523 while 638 people have died and 1,764 have recovered worldwide. That is according to the Johns Hopkins coronavirus dashboard, a reliable, refreshable tracker of the spread of the virus. Fortunately, the number of new cases reported in Hubei province was down -14.9% DoD

On a positive note, the PBOC announced that its FX reserves increased in January, despite the consensus estimate, compiled by FactSet, that FX reserves would fall for the period. The central bank said that FX reserves stand at $3,115 billion, an increase from December’s $3,099 billion level. This signals that despite the outbreak China’s cross-border flows are likely to improve in 2020 compared to 2019.

The Hang Seng took a breather from its impressive rally this week falling slightly by -0.33%. Turnover shrank by 24.5% DoD to HKD 99.4 billion. Southbound investors were net buyers of HKD 2.3 billion worth of Hong Kong stocks. Declines in the MSCI Hong Kong Index were led by financials -0.276%, but Hong Kong real estate was slightly up within the index +0.05%. Software names continued their strength as schools and companies continue remote study and work schedules. Gains in Hong Kong were led by WH Group +1.62%, China Unicom +1.44%, and Wharf Real Estate +1.31%. Mainland property names declined despite developers posting January sales growth.

Mainland markets continued their recent gains last night and, despite dipping lower in morning trading, Shanghai and Shenzhen ended the day up by +0.3% and +0.5%, respectively. Northbound investors were net sellers of RMB 3.2 billion worth of Mainland stocks. Turnover rose 2% DoD. The Mainland stocks within the MSCI China All Shares Index were down by -0.42%. Gains were led by Kingsoft +9.82% and losers were headed up by Humanwell Healthcare Group -9.77%. Health care stocks led declines within the MSCI China A Index falling -0.19%, which is likely due to profit-taking following their rally earlier in the week. Meanwhile, information technology lead gains in the index, rising 0.2%. New Energy Vehicles (NEVs) also largely underperformed, while information technology and telecom stocks rose amid the surge in demand for remote communication.

Krane Funds Advisors, LLC is the investment manager for KraneShares ETFs. Our suite of China focused ETFs provide investors with solutions to capture China’s importance as an essential element of a well-designed investment portfolio. We strive to provide innovative, first to market strategies that have been developed based on our strong partnerships and our deep knowledge of investing. We help investors stay up to date on global market trends and aim to provide meaningful diversification. Krane Funds Advisors, LLC is majority owned by China International Capital Corporation (CICC).

Solving The Coronavirus Identity Crisis: A Strategy For Prevention