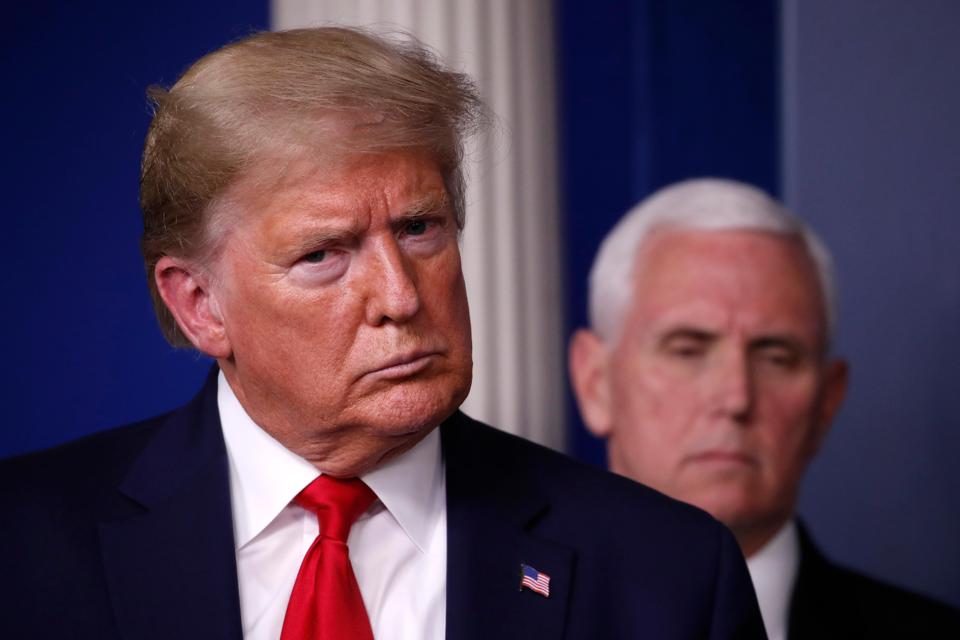 President Donald Trump and Vice President Mike Pence listen during a briefing about the coronavirus … [+] in the James Brady Briefing Room on March 24, 2020.

China’s mounting troubles in 2020 should remind Donald Trump to be careful about what he wishes for.

The U.S. president has, of course, been trying to drive Asia’s biggest economy off the road toward world domination. With a sizable assist from the coronavirus outbreak, Trump can declare mission accomplished. His two-year-long trade war weakened China’s economic immune system and its ability to withstand the fallout from a pandemic virtually no one saw coming.

Now, Fitch Ratings reckons China’s gross domestic product will plunge roughly 4% in the current quarter year-on-year. “The hit to economic activity has been particularly acute,” say Fitch analysts. Yet even this characterization may be a study in understatement. It would indeed be the biggest about-face in Chinese GDP since the Cultural Revolution, and it could end up being even bigger than currently feared.

The 13.5% collapse of China’s industrial output in the first two months of the year suggest even greater upheaval under the surface. Ditto for the 24.5% free fall in fixed-asset investment and 21% tumble in retail sales during the same period. And that spells more trouble for the U.S. economy than Team Trump appears to realize.

Trump’s hopes of getting a traumatized economy “opened up” again by the time of the April 12 Easter holiday are due for a Chinese reality check. Japan is stumbling at this very moment, after GDP contracted 7.1% in the October-December period. Europe is limping along as the global tourism industry disappears in real-time. And chatter about a “V-shaped” Chinese recovery is giving way to hopes China can grow much at all this year.

China’s coronavirus reckoning isn’t Trump’s fault, but its frailties entering 2020 bear his fingerprints. America’s tariffs on hundreds of billions on mainland goods may have seemed a great idea to Team Trump back in early 2018. They pushed Chinese GDP own to 6.1% in 2019, the slowest in nearly 30 years. 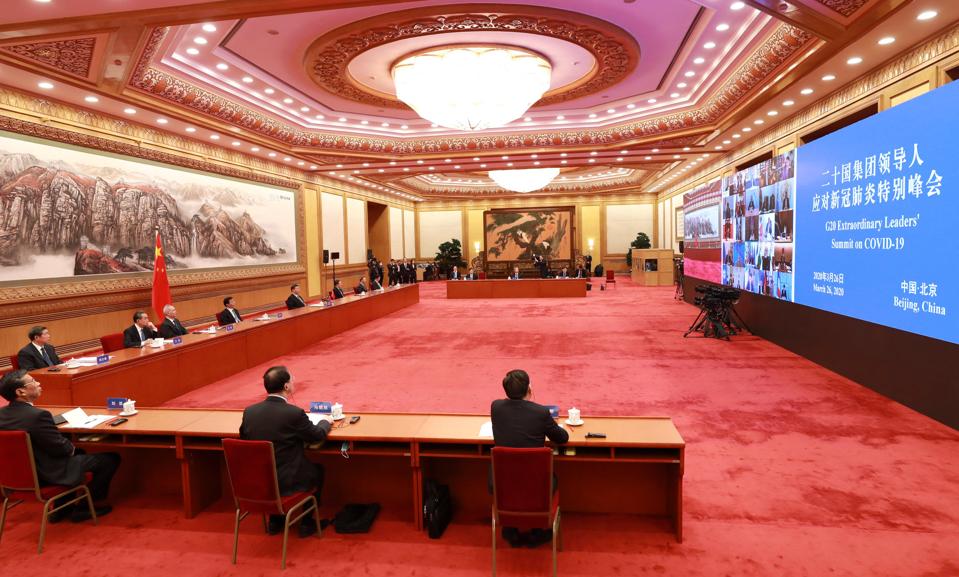 All Trump got from President Xi Jinping was a vague “phase one deal” that had Beijing pledging to boost some U.S. goods purchases. That weak pact is now essentially moot as coronavirus fallout ravages China Inc., as are hopes for a more sweeping and binding “phase two” deal.

Not that there was ever much goodwill between Trump and Xi, but now the enmity is rising along with body temperatures around the globe. Xi’s trade negotiators won’t soon forget Trump’s “China virus” line.

Look, China deserves considerable criticism for its opaque and slow response to a domestic crisis that morphed into a deadly pandemic. But there’ll be plenty of time for finger-pointing later. Better for the U.S and China to work together slowing the spread, pinpointing true nature of this pathogen and finding a vaccine.

Instead, we’re seeing a bull market in rancor sure to deaden any chance of economic healing. If Trump’s team were thinking clearly, it would announce an immediate suspension of all China tariffs, even if just temporary. They would pledge not to slap 25% levies on imports of cars and auto parts. They would commit specifically not to weaken the dollar for export gain or target additional Chinese companies, Huawei-style.

Instead, Team Trump is ramping up a blame-China campaign at a moment when investors crave a bit of multilateralism. The U.S. and China each pursuing a zero-sum game approach to stimulating growth will only increase tensions already unnerving markets. A tug of war between the so-called Group of Two nations is in no one’s interest.

Least of all Americans watching their economy begin to collapse. In the latest week alone, a record 3.3 million Americans filed for unemployment insurance. It’s the biggest insight yet on how the coronavirus is devastating the biggest economy. And it’s a reminder that the world could use a sizable growth engine or two.

In 2008, that engine was China. In the 24 months after Wall Street crashed, Beijing’s unprecedented stimulus efforts supported growth in Asia and beyond. That, in turn, helped maintain markets for U.S. goods. Not this time, as China sputters the most since Mao Zedong’s day.

China’s abrupt slowdown is Trump’s second-biggest nightmare ahead of the November election. The first is a COVID-19 crisis that wrecks an economy Trump has touted every day since taking office in January 2017. The second is losing a $14.1 trillion market for American goods. It’s not like the Chinese will be buying many General Motors cars or Boeing jets or upping soybean purchases. Nor are many households likely to be upgrading iPhones, software or high-end eyeglass frames.

On the campaign trail in 2016, Trump promised to generate 4% U.S. growth. He’s not going to do that with China’s GDP dropping by that much in a single three-month period. If not more, going forward.

14 Smart Ways To Leverage Video Content For Your Business

America Celebrates Liberty And The World Is The...

To Get Our Economy Moving, Focus On Testing...