Breaking
How To Get Your Startup Business Off The...
How To Create A COVID Safe Construction Site
How to Make a Good First Impression at...
Volkswagen’s Truck Unit Ties Up With TuSimple On...
3 Lucrative Hidden Benefits Of Podcasting
U.S. Tax Court Affirms Most Penalties In Patel...
Your Stargazing Guide To Fall: One ‘Halloween Blue...
Mnuchin: White House Still Supports Direct Payments For...
How To Retain Your First Startup Product Users
China Shipments To The U.S. Are 7 Times...
Reviewing ‘The iPhone Of Air Conditioners’
The 8 Best CRO Companies of 2020
AARP BrandVoice: The Doctor Will See You Now,...
ThoughtSpot’s New Cloud-Based Tool Aims At Boosting Growth...
10 Ways Service-Based Businesses Can Generate Positive Word-Of-Mouth...
A Customer-Centric Culture Starts By Embracing This One...
Report: Struggling Black-Owned Businesses Need More Government Grants
Microsoft Races Ahead On RPA (Robotic Process Automation)
Why The Fed’s Outlook Paints A Sobering Picture...
Home Finance China’s NetEase Kicks Off $3.2 Billion Hong Kong Offering
Finance 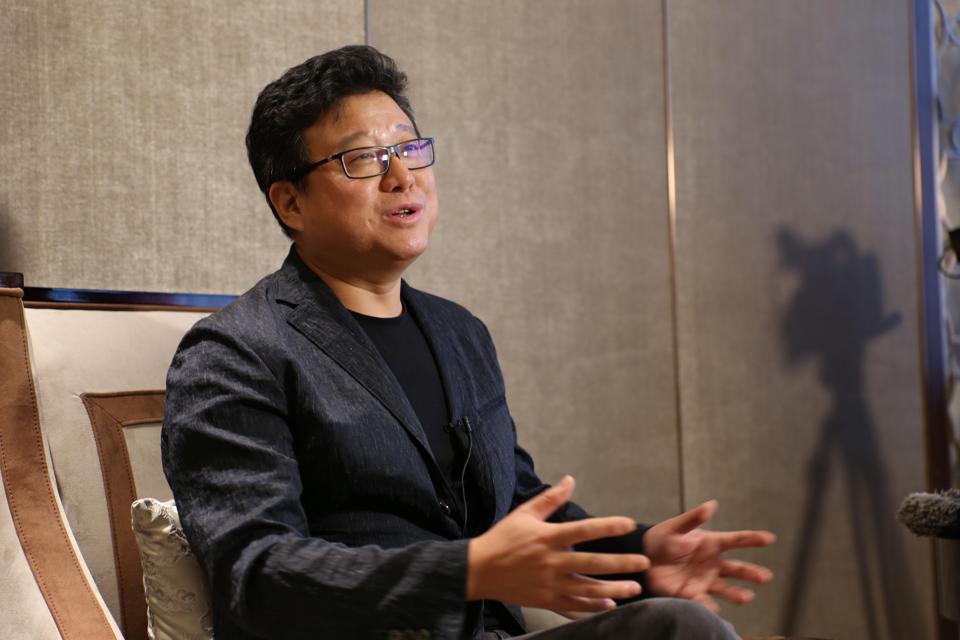 William Ding answers questions during an interview on November 16, 2019 in Ningbo in China’s … [+] Zhejiang province.

NetEase has officially launched a long-rumored second offering in Hong Kong, seeking to raise up to 24.5 billion Hong Kong dollars ($3.2 billion) as it prepares to expand globally.

The Nasdaq-listed games developer, led by billionaire William Ding, will receive net proceeds of $2.75 billion based on the maximum price of HK$126 ($16.25) for each share that it plans to sell to retail investors. The size of the offering could be boosted to $3.2 billion if underwriters take up the option to sell more shares after the listing.

In its prospectus filed to the Hong Kong Stock Exchange, the Hangzhou-based company said that about 45% of the proceeds will be used for expanding overseas. Building on its recent success in markets like Japan, where the company’s Knives Out online battle game enjoys growing popularity, NetEase plans to invest in and work together with international game developers and intellectual property holders, according to the prospectus.

The company, meanwhile, also cited the risk of delisting from the Nasdaq stock exchange amid rising tensions between Washington and Beijing. In May, the Senate passed a bill that could delist Chinese firms traded on U.S. stock exchanges if the Public Company Accounting Oversight Board (PCAOB), an organization that regulates auditors of publicly traded companies in the U.S., can’t audit their books for three consecutive years.

The bill needs to be passed by the House and signed by the U.S. President to become law, but NetEase appears to be following Alibaba in diversifying its investor base. The New York-listed e-commerce giant raised $13 billion in a secondary offering in the Asian financial hub last November. And thanks to an investor base that is more familiar with its business model, it currently trades at a price-to-earnings ratio of 36 times in Hong Kong—significantly higher than its P/E of 26 in New York.

While there is no guarantee that shares of NetEase will achieve a similarly high valuation, the company has recently seen its business benefiting from coronavirus-induced lockdowns that saw stay-at-home users flocking to its games.

In the first quarter this year, its bread-and-butter online games division saw revenues grow 14% to $1.9 billion from a year ago, while total revenues increased by 18% to $2.4 billion. Shares of NetEase have risen 21% this year, compared with a 6% drop in the S&P/BNY Mellon China ADR Index.