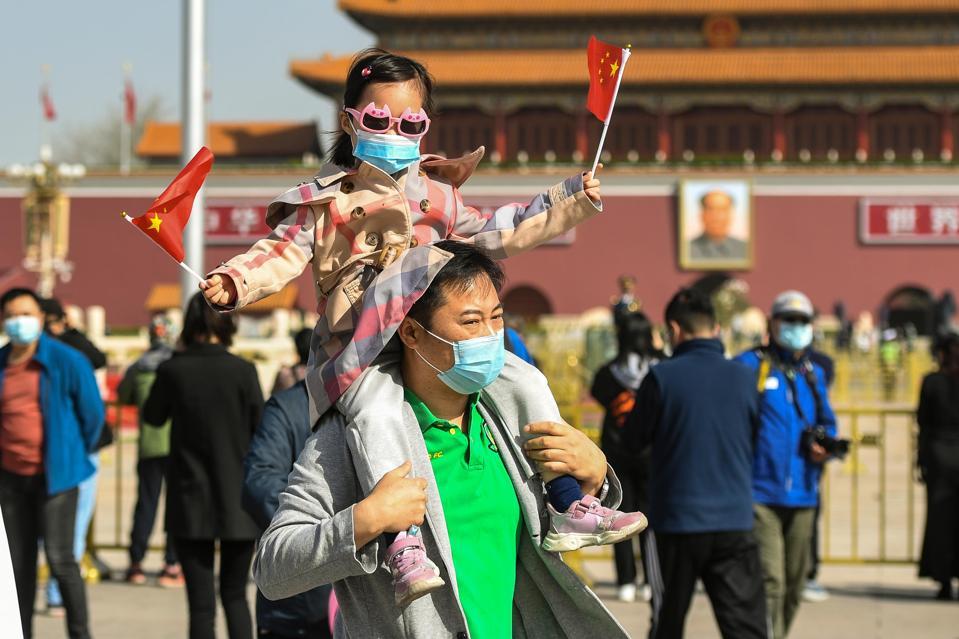 People walking through Tiananmen Square on April 4, 2020 in Beijing, China.

Media headlines out did each other in broadcasting China’s 6.8% contraction in GDP in the first quarter this year. It was indeed breaking news in that it was the first ever contraction since China started reporting quarterly GDP data in 1992. However, beyond the headlines, there is surprisingly little that is newsworthy. It is not telling us anything we didn’t know already. A deep contraction was widely expected because of the massive quarantine and lockdown implemented to contain the COVID-19 outbreak, which practically shut down the economy. For example, Wuhan, the epicenter of the outbreak, ended its lockdown only on April 18 after 76 days. Not surprisingly markets largely shrugged off the news. The S&P 500 rose 1.6% on April 17, after Nasdaq flipped into positive territory for the year the day before. Wall Street was not alone, Asian and European stocks also finished the week higher.

The slew of Beijing’s counter-cyclical policies to help the economy recover from COVID-19 has also been well and fully anticipated. Export rebate rates were raised on over 1,000 products to help exporters facing slumping demands. New infrastructure projects, many are planned and budgeted but now moved forward, have started in 25 provinces which will help prop up demand for industrial production and employment.  The People’s Bank of China, the central bank, has been adding liquidity to the financial system by cutting interest rates and reserve requirement ratio, as well as directing more lending to small and medium size businesses through loan guarantees. According to its data, bank loans grew by 11.5% year-on-year in March, the fastest growth rate since August 2018. This is an impressive feat. China’s central bank is succeeding in raising bank credit growth in the midst of a massive economic contraction, something that is extremely difficult to do. None of these will bring about a V-shaped rebound, but they will pave the way for a recovery that will gather strength through the course of the second half of the year even if the global economy is still in recession.

The real news in China’s GDP contraction, which had come and gone hardly being noticed, is a policy document released without fanfare on March 30 outlining a set of wide-ranging structural reforms to be implemented in the aftermath of COVID-19. Ostensibly these structural reforms are needed, above and beyond the cyclical measures described, to revitalize an economy ravaged by COVID-19. Upon closer scrutiny, however, it becomes clear that these are some of the deepest structural reforms that had been proposed and debated for the last two decades, and were strenuously resisted and successfully blocked or deferred by local governments. It appears that Beijing is taking advantage of COVID-19 and the unprecedented GDP contraction to ram through tough reforms that would otherwise be harder to do. What are these reforms? 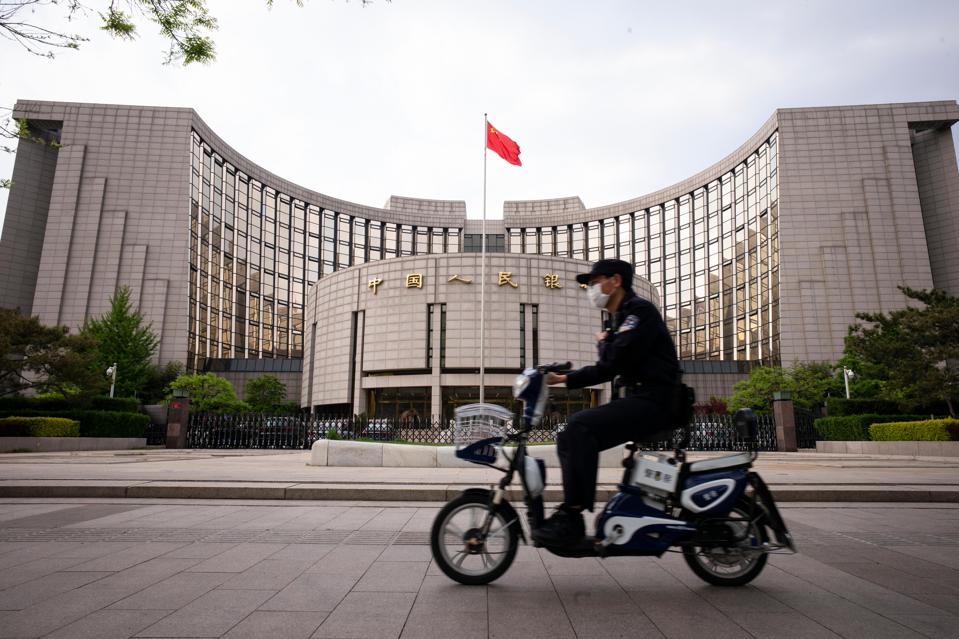 A Chinese policeman wears a protective masks as he rides past the The People’s Bank Of China (PBOC) … [+] on April 17, 2020 in Beijing, China.

These are deep and sweeping structural reforms regarding land use, the labor market, interest and exchange rates and the financial markets. They are what really matters if the Chinese economy is to become more market driven and efficient. On land use, current restrictions on how rural land can be sold and used for commercial purposes will be lifted, and the system of rural land acquisition and sales will be made market driven. Behind these innocuous sounding policy-speak is the intention of slaying of one of communism’s sacred cows, the public ownership of land. Sweeping indeed.

The removal of the household registration system, the hukou, is the centerpiece for reforming the labor market. This will be implemented nation-wide with the exceptions of a few mega-cities like Beijing and Shanghai. For the tens of millions of migrant workers, they will be able to become fully-fledged urban residents in towns and cities where they are gainfully employed. They will be able to live with their families and have full access to urban health care, education and social welfare services. Apart from lifting a highly discriminatory barrier that divides the Chinese population into two unequal tiers, at one stroke this reform will also increase urban consumption demand massively, especially in housing, while further enhancing the growth and dynamism of China’s burgeoning service sector.

The integration of benchmark lending and deposit rates with market rates will be the central plank of price reform in banking and finance, which will align them to become more market driven. The RMB exchange rate will be made more flexible. Civil servant salaries will be made comparable with the private sector. The institutional infrastructure for listing, trading and delisting in the stock markets will be streamlined with stronger regulatory oversight, and the development of the bond market will be fast-tracked to offer an expanded range of products in size and varieties. And, finally, the opening up of the financial sector to full foreign participation will be accelerated.

Successfully implementing anyone of these structural reforms would be an achievement. Getting all of them done would be a game changer. This is clearly what Beijing intends to do by seizing the opportunity created by COVID-19 and the unprecedented GDP contraction. For those who welcome engagement with China, be prepared for a more dynamic and innovative Chinese economy. For those who fear the rise of China, get ready to face a more determined China that marches to its own tune.

Finally, the GDP contraction may well be the catalyst that Beijing needs to dispense with the GDP growth target altogether. In the past decades, it has led provincial governments to boost production regardless of real demand in order to meet such targets, burdening China’s economic structure with wasteful over-capacity as a result. Allowing GDP growth to fluctuate with the rhythm of the business cycle would be an even greater achievement. That would be truly newsworthy.

Beating Covid Is All About Electricity

These 25 Technology Trends Will Define The Next Decade