Breaking
Google Meet’s Unlimited Calling Will Continue To Be...
The Need For Speed-Is Quantum Computing A Good...
Stock Market Crash: The End Game Approaches
Best Video Conferencing Software
For These Indigenous Artists “Land Back” Is Both...
The Current Tech Stock “Bubble” Reflects Pessimism, Not...
A Look At What’s Inside House Democrats’ New...
Page Authority 2.0: An Update on Testing and...
How Public Health Experts Are Harnessing The Power...
This Husband And Wife Built A Luxury Brand,...
This Husband & Wife Built A Luxury Brand,...
Luxury Footwear Brand Chelsea Paris Re-Launches And Stays...
The 30 Upgrade Module ‘Avengers’ Farm Trick You...
50 Years After Milton Friedman, Where Does Capitalism...
House Prices To Rise Through The Recession As...
Is An Internet Service Provider Revolution On The...
Home Finance Chinese Online Education Billionaire Hits Back At Short Sellers’ Allegations Of Inflating Sales
Finance 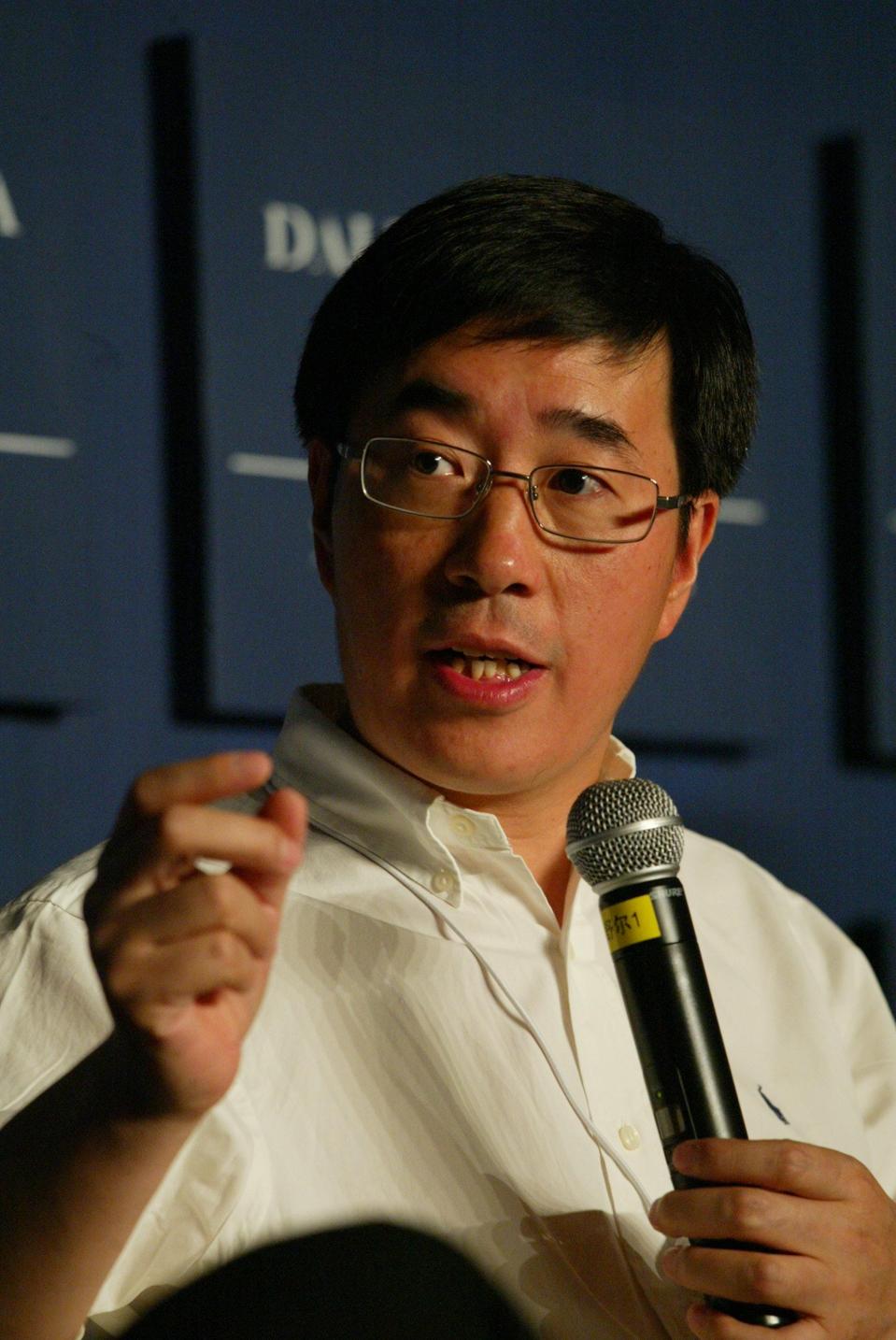 GSX Techedu reported in early April that last year’s revenue had surged 432%, a stellar result that has since been challenged by short sellers who say the company has been fabricating its financials.

The online education firm that’s listed on the NYSE and f﻿ounded by Larry Xiangdong Chen was accused last week in a report by Citron Research of inflating its revenue by up to 70%. The allegations follow less than two months after Grizzly Research first raised questions over the accuracy of the company’s financial reports.

“This is the first time in my life that I have encountered such absurdities and great errors in a row,” he wrote last week to his 1.4 million followers on China’s Twitter-equivalent Sina Weibo. In a follow-up post, Chen said Grizzly’s report is “complete nonsense,” and he chose to ignore it.

GSX confirmed the comments by its founder, but declined a request to interview him. In a separate statement, GSX specifically denied the “false and ungrounded allegations” in Citron’s report, stating that it had “numerous errors, unsubstantiated statements, and misinterpretation of information.”

Despite the rebuttals from Chen and GSX, the interest from short sellers remains relatively strong. With 11.5% of GSX’s outstanding shares being shorted, the company is currently the fifth most-shorted stock among Chinese companies listed in the U.S., according to New York-based financial analytics firm S3 Partners. The others include electric car maker NIO (15.5%), Jinko Solar (25%), e-commerce firm Baozun (25.5%) and Luckin Coffee (37.1%).

Since the Grizzly report was published, GSX shares have dropped 21.4%, wiping out $1 billion from Chen’s fortune. His net worth is currently estimated at $3.9 billion, according to Forbes’ Real-Time Billionaires rankings.

Analysts say Chen needs to do more to quell market skepticism, especially as investors question the amount of trust they can place in China’s U.S.-listed firms following the most recent accounting scandals surrounding Luckin Coffee and TAL Education.

More on Forbes: Luckin Coffee’s Troubles May Just Be Getting Started After Revealing Financial Investigation

“They should issue very comprehensive responses as soon as possible, and answer all the accusations,” says Gillem Tulloch, an analyst at Hong Kong-based accounting research firm GMT Research.

GSX’s novel business model has been a topic of much debate. Founded in 2014 and listed last year in a $208 million initial public offering on the NYSE, the company offers huge online tutoring classes. While competitors like VIPKid and Xueersi connect teachers to a handful of students so they can better interact with each other in virtual classrooms, GSX’s live-streamed sessions can have more than 1,500 students tuning in remotely. 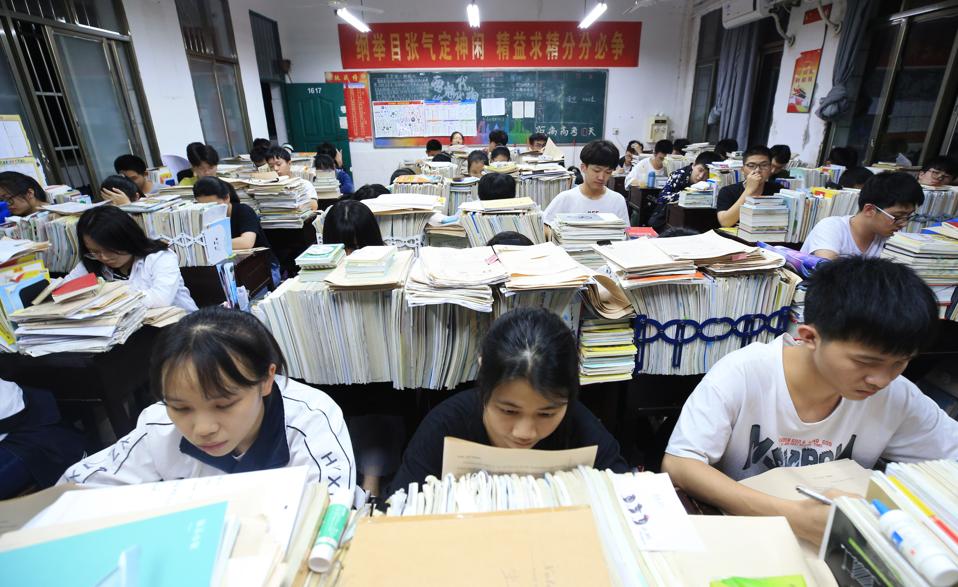 Senior high school students study as books pile up on desks during a night self study session at a … [+] high school to prepare for the upcoming 2019 National College Entrance Exam, or Gaokao, on May 28, 2019 in Hengyang County, Hunan Province of China.

Citron Research says the company has been inflating sales partly by double counting some of its online programs. It arrived at that conclusion after tracking and analyzing more than 20% of GSX’s most popular classes, and says its recent report is just one of a series it intends to release. Short sellers make a profit by selling borrowed shares with a view of buying them back at a lower price to cover the bet. Citron Research founder Andrew Left declined to reveal his position in GSX.

“There is one common theme with all Chinese stock frauds, ” he said in an emailed note. “If the story is too good to be true, it probably is.”

But analysts remain divided. GMT Research’s Tulloch says it does seem improbable that an online education firm can grow as fast as GSX because it takes time for users to get familiar with a new education brand. But Terry Weng, a Shenzhen-based analyst at Blue Lotus Capital Group, says GSX has hit a sweet spot, which could enable it to grow faster than its more established peers.

Weng points to China’s uneven education system, where the best teachers and resources are often concentrated in major metropolises of Beijing and Shanghai. To move up the ladder and get into a better school, students from less developed areas have extra incentive to pay for after-school tutoring classes like those offered by GSX.

“There is big demand for such large classes in remote areas,” Weng says. “The teachers are focusing on how to help students pass tests, and this is exactly how the products could work.”

For Chen, GSX’s growth is a process of trial and error. The company spent its early days as an education platform recommending teachers to students searching for tutors, but shifted to the large-class format in 2017 because it appears to offer greater profitability. Chen, a former vice president at U.S.-listed New Oriental Education & Technology Group, first joined the billionaire ranks following the company’s IPO.

Some analysts are already looking past the current situation to warn of increasing competition. The market GSX has captured is also drawing the attention of other education companies, which are beginning to offer similar tutoring sessions.

“GSX has big growth space because, in less developed areas, online lessons are the only way students can get extra training,” says Jiao Wei, an analyst at Shanghai-based research firm 86Research. “But whether the company can maintain its momentum depends on how effectively they manage their operations.”

Sorry, ‘Earth 2.0’ Fans, There’s No Such Thing As An Earth-Like Exoplanet