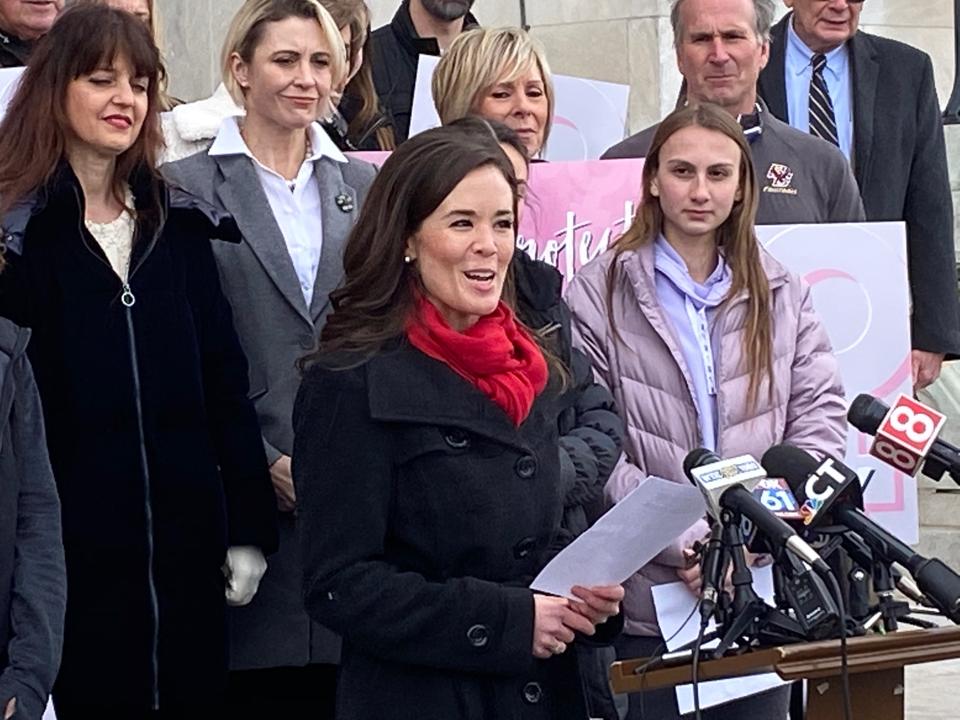 Christiana Holcomb, legal counsel for Alliance Defending Freedom and a key member of the Center for … [+] Christian Ministries, speaks at the ADF news conference in Hartford, Conn. on Wednesday, February 12, 2020, announcing the group’s federal lawsuit against the Connecticut Association of Schools.

Lawyers from an advocacy organization that’s been labeled an anti-LGBT hate group by the Southern Poverty Law Center filed a lawsuit in federal court to block transgender girls from competing as girls in school sports.

“Girls deserve to compete on a level playing field. Forcing them to compete against boys isn’t fair, shatters their dreams, and destroys their athletic opportunities,” said ADF legal counsel Christiana Holcomb at a news conference on the steps of the state capitol in Hartford, Conn., after filing the federal suit Wednesday against the Connecticut Association of Schools.

“Having separate boys’ and girls’ sports has always been based on biological differences, not what people believe about their gender, because those differences matter for fair competition,” Holcomb said. “And forcing girls to be spectators in their own sports is completely at odds with Title IX, a federal law designed to create equal opportunities for women in education and athletics. Connecticut’s policy violates that law and reverses nearly 50 years of advances for women.”

What was different about this news conference announcing Soule v. Connecticut Association of Schools, is that the ADF trotted out two other high school girl athletes who spoke out about losing to trans girls in athletic competitions. Plaintiff Selina Soule, who has been the face of the ADF’s campaign in news media appearances, was joined by Danbury, Conn. high school sophomore Alanna Smith and a girl who up until today was known only as Jane Doe: Chelsea Mitchell, a Canton, Conn. high school senior and track star, who the ADF said “would have won the 2019 state championship in the women’s 55-meter indoor track competition, but because two males took first and second place, she was denied the gold medal.” 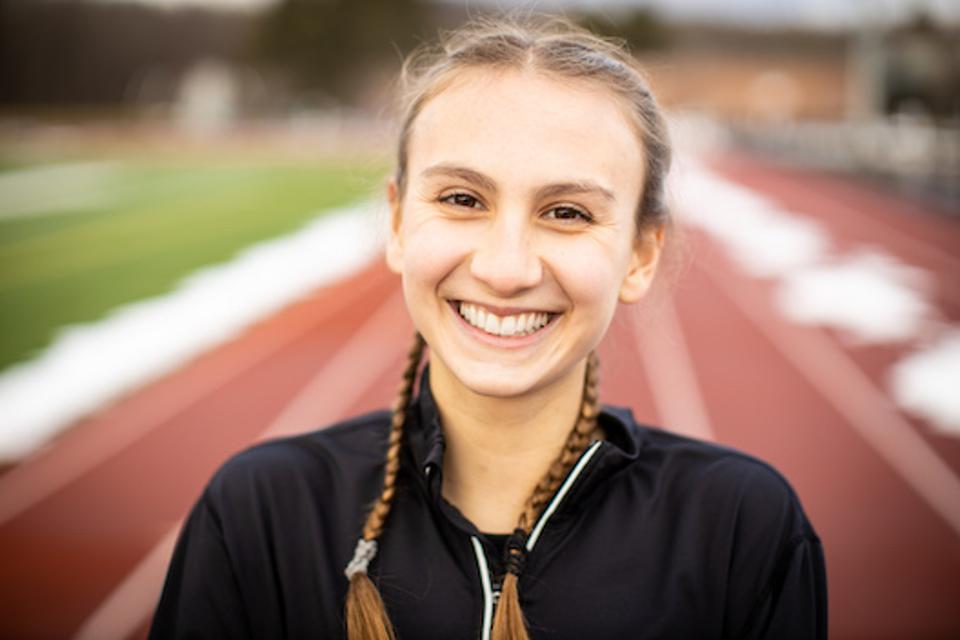 “No girl should have to settle into her starting blocks, knowing that no matter how hard you work, you don’t have a fair shot at victory,” said Mitchell, whose mother also spoke. “Four times I’ve run races fast enough to take home the state championship twice. I finished well enough to win an all New England award. And yet each of those times I’ve been displaced by biological men. This is why I’ve chosen to join this lawsuit. I can no longer stay on the sidelines.”

Hours after the news conference, lawyers from the ACLU spoke with reporters and were joined by the first American transgender male athlete to compete in U.S. Olympic trials, Team USA’s Chris Mosier.

“Specifically targeting transgender girls continues our tradition of gender discrimination,” said Mosier, who addressed the fact that the plaintiffs repeatedly misgendered two Connecticut trans girls as “males” and boys” throughout the lawsuit in which they are named. “Trans girls are girls and they belong in girls sports. This is not at all about boys in girls sports.”

“When it comes to the relief that the ADF is seeking, they’re seeking a rule about chromosomes,” he said. “Certainly it can’t be that we are going to require all sports to test the chromosomes of K through 12 athletes and sort them into categories based on XX and XY. That would be a completely unadministerable rule.”

As for the ADF’s repeated misidentification of trans girls as “biological males,” Strangio said a federal appeals court in Pennsylvania “specifically instructed” attorneys to stop using the term, “biological male,” because they couldn’t support why that term was appropriate. “I think it’s important when and when reporting on these issues to talk about the transgender girls as girls,” he said. 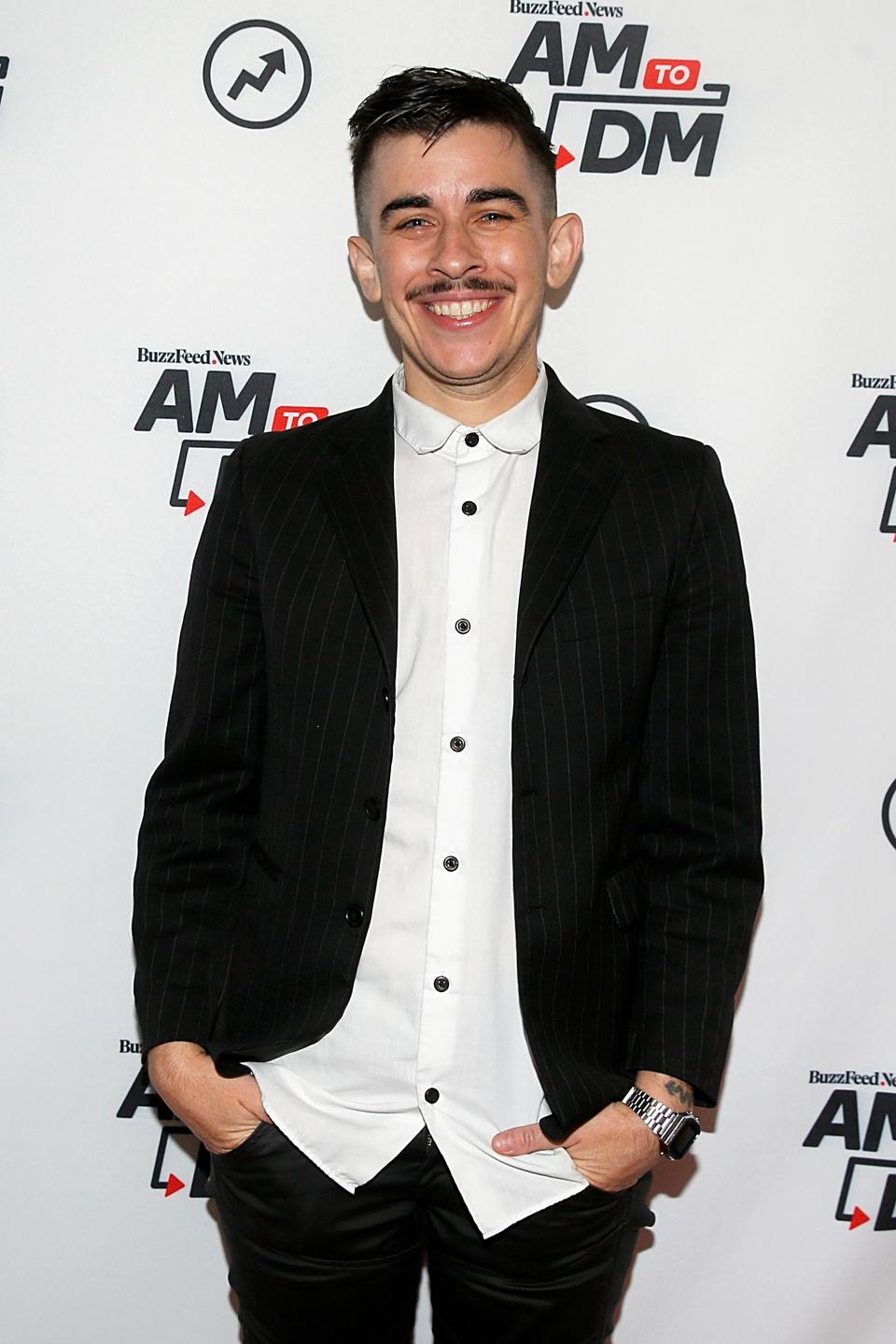 Strangio said he recently talked with Terry Miller, one of the two trans high school seniors named in the lawsuit, and related that seeing her identity misrepresented is painful.

“They are girls. They have been participating as girls for many years,” Strangio said of Miller and Andraya Yearwood, both high school seniors in Connecticut. “They live as girls. And it is deeply hurtful and painful for them to have. Every single one of these articles continually refer to them as male.”

Yearwood, reached through a family spokesperson, declined to comment for this article.

How To Align Your Personality With Your Career