Breaking
‘Remnant: From The Ashes’ Is Cheaper Than Ever...
Top Stocks To Buy Today As Markets Rise...
Making America’s Trumps Pay Their Fair Share
Fortnite Season 4, Week 9 Challenges Revealed And...
Yesterday You Were Just A Business; Today You...
Should Your Company Help Get Out The Vote?...
Hyperautomation And What It Means For Your Business
Parker-Hannifin Crosses Pre-Covid Peak But Investors Set To...
6 Reasons Your Cold Messaging Efforts Fail And...
4 Analytics Categories To Track To Improve Your...
Predictions 2021: Cloud Computing Powers Pandemic Recovery
This Is Why You Need A Strategy In...
Economic Research Exposes Significant Flaws In DOL H-1B...
How Breast Cancer Turned This Entrepreneur Into A...
Bitcoin Price: What Next After Fresh Surge Toward...
Societal Platform Thinking
Home Business Cishek Jumps From Wrigley Field To South Side, Underscoring Off-Season Trends In Chicago
Business

Cishek Jumps From Wrigley Field To South Side, Underscoring Off-Season Trends In Chicago 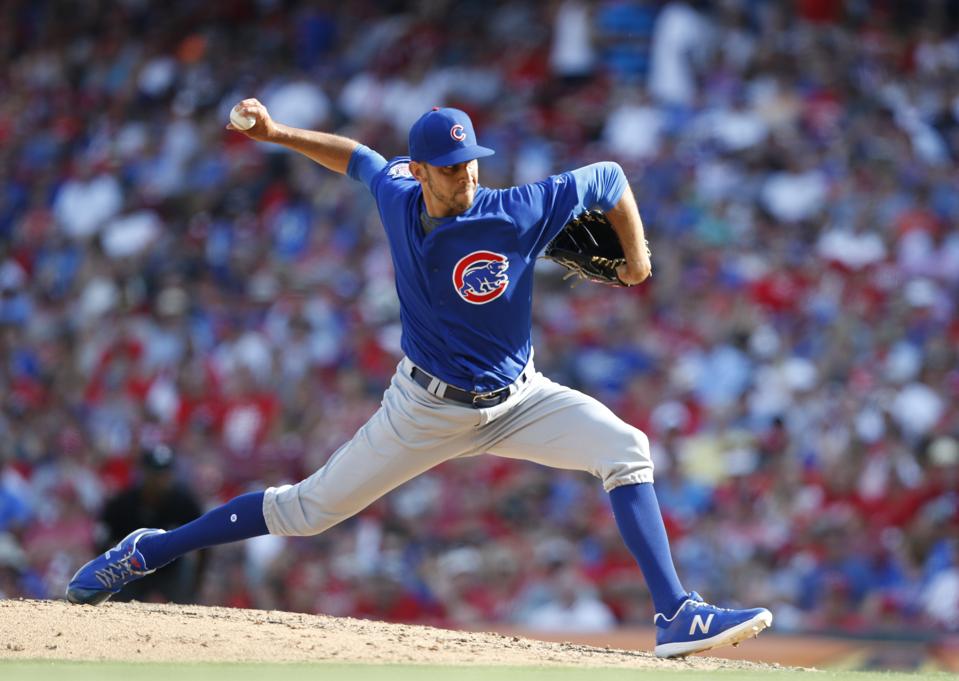 Baseball’s off-season of change in Chicago has gotten even more interesting. Not only are the White Sox taking a run at the handcuffed Cubs for prominence in the marketplace but now they’re even doing it with former Cubs.

According to a report by ESPN’s Jeff Passan, the White Sox have reached an agreement to sign side-arming reliever Steve Cishek, who last season was the Cubs’ fourth most-productive pitcher, as evaluated by his 1.8 WAR. He adds to hopes that the Sox can rebound from a 72-win season last season to compete with the Twins and Indians in the American League Central this season, and his departure as a free agent leaves the Cubs with a bullpen that lacks certainty behind closer Craig Kimbrel.

Cishek’s signing follows the addition of Yasmani Grandal, Dallas Keuchel, Edwin Encarnacion and Gio Gonzalez, as well as the re-signing of Jose Abreu and trade for Nomar Mazara for the White Sox. The Cubs remain hamstrung by spending in previous seasons, adding only depth pieces to the team that missed the playoffs last season for the first time since 2014.

The Cubs are attempting to clear payroll space, most likely because they want to get under the CBT threshold, and aren’t known to have a made a serious effort to keep Cishek. They re-signed 2018 closer Brandon Morrow to a minor-league contract but are positioned to lose relievers Pedro Strop, Brandon Kintzler and David Phelps in addition to Cishek.

Cishek enters his age-34 season coming off a year in which he was 4-6 with a 2.95 ERA in 70 appearances, second on the team to lefty Kyle Ryan. The Cubs signed him to a two-year contract after 2017 season because they were depending on proven arms, not homegrown prospects. They received contributions last season from Rowan Wick and Brad Wieck and seem more likely to develop effective relievers than simply signing them.

The White Sox have now committed $201.5 million in spending on free agents this winter while the Cubs have invested $1.65 million — signing relievers Ryan Tepera and Dan Winkler after they released by the Blue Jays and Giants, respectively.

Despite the addition of Cishek, it’s left fielder Eloy Jimenez who best represents the troubles of the North Siders and the ever-improving future of the South. Desperate to reach the postseason in 2017, on the heels of the championship run the year before, the Cubs traded Jimenez (then 20) to the Sox for left-hander Jose Quintana.

Quintana, who is likely entering his final season with the Cubs, has gone 33-23 with a 4.23 ERA in 78 games since the trade. Jimenez hit .267 with 31 homers for the White Sox last season. He’s under White Sox control for seven seasons on the terms of a deal he signed last spring. Center fielder Luis Robert, a pre-season Rookie of the Year candidate, copied Jimenez in signing a $50-million deal last week giving the Sox his rights for eight seasons.

These are exciting days on the South Side, and confounding ones around Wrigley Field.

7 Laws Of Financial Gravity From Unicorn-Entrepreneurs Like Zuckerberg, Bezos, And Neumann