Breaking
How The US Department Of Health & Human...
Why Do Chinese Companies List Their Shares In...
Can You Get Covid-19 Coronavirus From Food? Frozen...
Winklevoss Twins Tell Bar Stool’s Dave Portnoy To...
Berkshire Hathaway Doubles Down On Net Lease REIT,...
70% Of Americans: Ban Foreign Apps
This Week In Credit Card News: Pandemic Brings...
Three ‘Big Impact’ Surprises That Could Slam Stocks,...
Quantum Computing: What Does It Mean For AI...
5 Questions With Jonathan ‘Magar’ Martinez Cannabis Curing...
5 Concise Questions With Jonathan “Magar” Martinez Cannabis...
Lessons From The Frontlines: Preparing A Global Vaccine...
Behind The Curtain—Chapter 11 From The Inside—Chapter 4—First...
What To Look For In A Nursing Home...
Apple’s Radical iPhone 12 Upgrade Suddenly Confirmed
5 TikTok Growth Hacks You Need To Know
Home Entrepreneurship Cision Vs. Meltwater Vs. Propel: Two Goliaths And A David
Entrepreneurship

Cision Vs. Meltwater Vs. Propel: Two Goliaths And A David 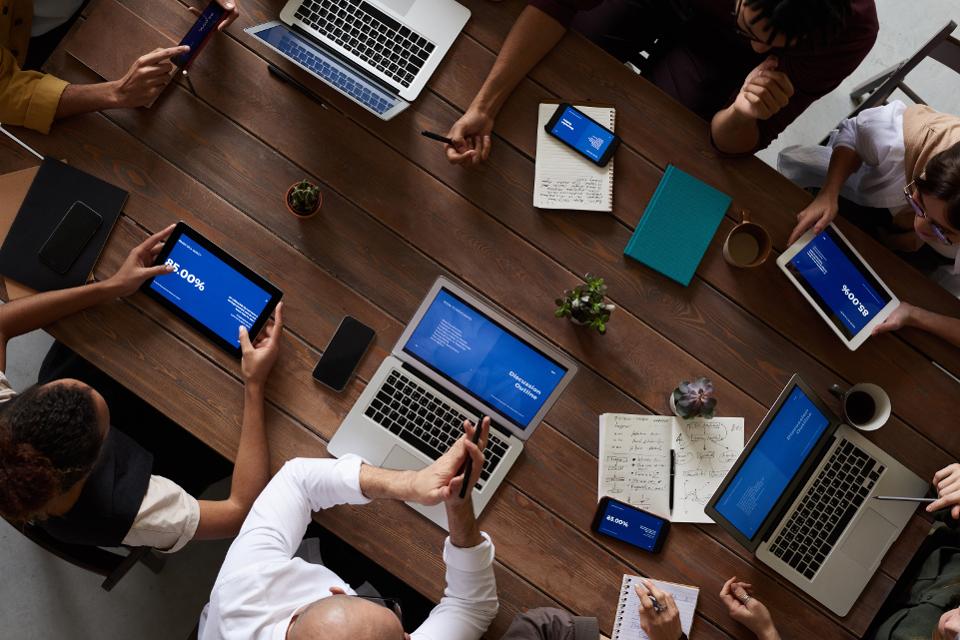 The Bible says that some 3,000 years ago, a strong and giant Philistine fighter was challenged by a small Israelite shepherd who would win the battle and go on to become king of Israel.

Sound familiar? Chances are it does: it’s the epic story of David and Goliath.

It’s a fitting introduction to something that’s playing out in the PR software space today.

In this dramatic matchup, an underdog startup is challenging two legacy industry giants for the title of best PR software. The young brand Propel is taking on the 150-year-old, $800 million revenue top dog Cision and the 19-year-old, $300 million industry runner-up Meltwater.

The marketplace battle of Cision vs. Meltwater vs. Propel is particularly interesting because it’s happening in the fast-shifting landscape of PR software. As the pool of journalists and influencers grows exponentially, and the desire for content and earned media reigns supreme, the execution of effective PR campaigns is becoming increasingly challenging.

The need for innovative PR technologies, therefore, is at an all-time high.

Cision, Meltwater and Propel are heeding that call, each in their own way. Other startups such as Muck Rack and CoverageBook are creating great PR tools in the discovery, monitoring and analytics areas—but none are as comprehensive as the three we are going to analyze.

Propel PRM launched as a CRM for PR with Gmail and Outlook integrations. The company has since released a media database, monitoring, GDPR features, and business impact measurement. Propel PRM is the first PR software to unify the entire PR workflow and integrate it with Gmail and Outlook. This offers real advantages in time savings, relationship building, and reporting.

The company says its media database has more than 1.5 million journalists and influencers globally, and a repository of billions of articles to help users discover new journalists.

Propel eliminates the need for spreadsheets and centralizes all of the notes, past engagement, and previous coverage for each contact and campaign.

New insights such as understanding who in the company has the best relationship with a given journalist, or how one campaign or account is performing compared to another.

PR pros looking for a single tool to help them discover journalists and influencers, pitch in native email, monitor coverage, and analyze performance or business impact, would be hard pressed to find an easier tool to use than Propel.

Cision is without a doubt the oldest and largest PR software on the planet. The company got its start in 1867, rolled out its clipping service in 1881, released its first media database in 1952 and launched a distribution offering in 1970.

Since then, the company has made 15 acquisitions and become the dominating player in the market. The Cision Communications Cloud includes a massive media database, monitoring, newswire distribution, and robust analytics including earned media attribution.

Companies looking for attribution of earned media activities toward the bottom line, would likely benefit from Cison’s Impact product. CEO Kevin Akeroyd, who came from Oracle Marketing Cloud where attribution is key, put in serious efforts towards this area.

Altogether, Cision is a powerful platform for PR professionals and marketing executives looking to execute PR campaigns and measure their impact.

Founded in 2001 as a media monitoring company, Meltwater has grown to become the second-largest player in the PR software market. The platform is extremely strong in media monitoring and social media intelligence.

In fact, Meltwater has made quite a few AI and social analytics acquisitions to consolidate its leadership in the media intelligence area. They even built an insights platform called Fairhair to “harness the world’s online data,” so that PR and other executives can be armed with the best data from media.

Additionally, Meltwater offers a media database, online newsroom and analytics. Metrics such as share of voice are quite strong, due to the abundance of data the company has.

When it comes to brand monitoring, few do it as well as Meltwater. Marketers and PR professionals interested in understanding what media and influencers are saying should explore Meltwater.

Who will win—David or Goliath?

Each of these PR tools has distinct product and market advantages.

Cision is blessed with the most capital and brand recognition, by far, to keep acquiring and consolidating its hold on the industry. As a 5,000 employee company, though, it may have challenges adapting quickly and seamlessly integrating all of the various acquired products.

Meltwater is building a real advantage in AI capabilities, but seems to be less well-rounded as an all-in-one PR software. It also has the speed and adaptability disadvantages that come with being a 2,000 person organization.

Propel seems to be innovating the fastest, which makes sense since it’s an agile and young company. It also has the advantage of being the only PR software company founded and led by an industry veteran and former agency owner. However, it lacks the capital resources that the giants have.

David won the battle by slinging a stone right between Goliath’s eyes, which knocked him out. If Propel can continue to sling its product forward, to solve the hardest issues facing PR, then it has a chance of becoming king of PR software.

How To Keep Your Digital Product Healthy