Breaking
ESBC Major Updates: Tons Of Heavyweight Greats Added...
5 On-Demand Courses To Help Develop Your Leadership...
How to Run Nonprofit Marketing Ads
Entrepreneurs Are Bringing Transparency To Home Buying And...
Best Incentive To Get Vaccinated: Money, Messaging, Or...
Page Level Query Analysis at Scale with Google...
How A CIO Can Align IT With Business...
Blogger of the Month: Jo, Girl Eats World
6 Things Women In Business Know That Men...
How to Use First-Party Data for Ad Personalization
Pressing Reset—Putting A Fallen Unicorn Back On Its...
How We Went Viral: Promoting Content with Influencers,...
Blame Olympic Record Price Tag For Return To...
Apple iOS 14.5 Release: Should You Upgrade?
How to Come up with Podcast Topics and...
Why Gaming Gear Company Razer Launched A $50...
Home Business Cleveland Browns Take Alabama’s Jedrick Wills In First Round
Business 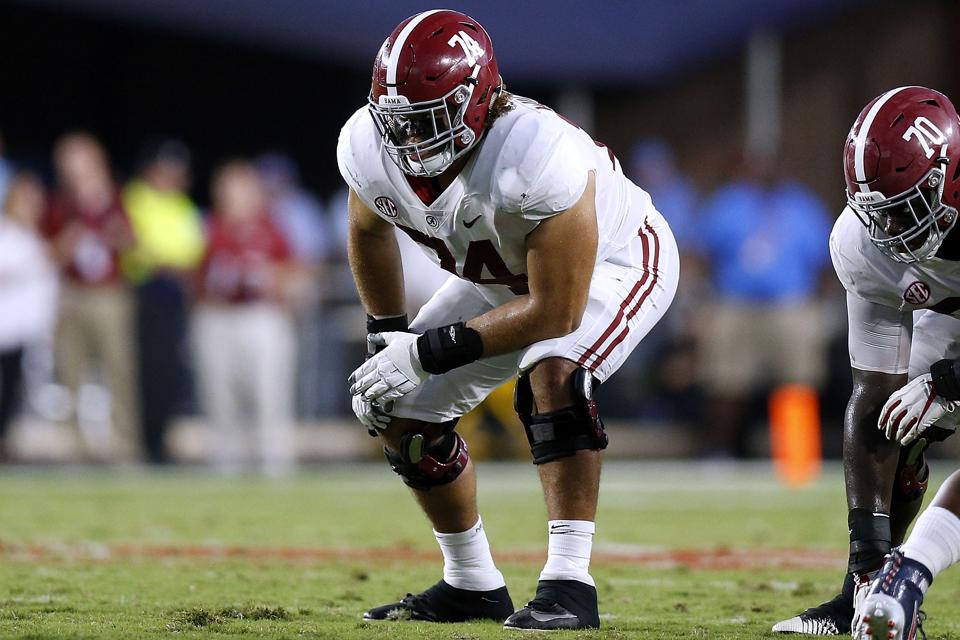 OXFORD, MS – SEPTEMBER 15: Jedrick Wills Jr. #74 of the Alabama Crimson Tide guards during a game … [+] against the Mississippi Rebels at Vaught-Hemingway Stadium on September 15, 2018 in Oxford, Mississippi. (Photo by Jonathan Bachman/Getty Images)

The Cleveland Browns have their new left tackle after picking Alabama product Jedrick Wills with the No. 10 pick of the 2020 NFL Draft.

Wills was the second offensive tackle picked in the draft behind No. 4 pick Andrew Thomas. This ultimately worked out in the Browns’ favor after a projected run on tackles in the top-10 didn’t happen. Also helping Cleveland land Baker Mayfield’s new blindside protector were the Chargers at No. 6 and Cardinals at No. 8 passing on the position to take Oregon quarterback Justin Herbert and Clemson defensive Swiss Army knife Isaiah Simmons, respectively.

Wills should start at left tackle from day one next to left guard Joel Bitonio. Ideally, his pick gives the Browns two bookend tackles in Wills and Jack Conklin in the same way Joe Thomas and Mitchell Schwartz were in previous years. Without question, the Wills-Conklin pairing is a massive upgrade over the Greg Robinson-Chris Hubbard pairing. And although Wills is going to swap sides of the line, he’s an experienced blindside protector having protected left handed Tua Tagovailoa at Alabama. Per PFF, he allowed one sack in 929 sacks at Alabama.

At 6’5” and 320 pounds, Wills is considered elite due to his footwork, framing and lower body power and flexibility. He doesn’t come in familiar with the zone blocking scheme Cleveland is expected to run under new head coach Kevin Stefanski, but he’s consider scheme agnostic because of his athleticism and his football IQ. The NFL’s abnormal offseason schedule is likely the biggest obstacle to him picking up the offense.

Andrew Berry’s first pick as general manager also ends any chance that the team will trade for veteran left tackle Trent Williams during this year’s draft or after. Had the suspected run on tackles happened, making a trade for Williams may have been an appealing move. But with Wills and other options on the board, Berry and the Browns went with the younger, long term option. Consider Mayfield protected.